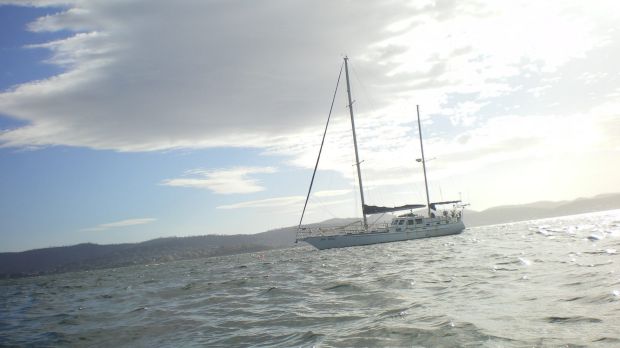 The yacht Four Winds was moored off Hobart in 2009. Photo: supplied.

It reads like the plot of a sailing novel but this one is real – and follows a theme that is unfortunately too familiar to followers of the cruising lifestyle. Did a man's partner kill him out of greed, or was he the victim, like Sir Peter Blake in the Amazon, of marauding thieves?

Here are the opening paragraphs and a link to the rest of the story from the Sydney Morning Herald:

Hairdressers have an eye for detail. But rarely is a hairdresser's eye as significant as it could be for convicted murderer Sue Neill-Fraser.

Neill-Fraser is serving a 23-year prison sentence for killing her partner, Bob Chappell, in 2009.

She faced the Tasmanian Supreme Court in Hobart on Monday in a final bid to overturn her conviction. Her legal team must convince Justice Michael Brett there is new and significant evidence for an appeal to proceed.

A hairdresser who saw a teenage girl and two men in the area where Mr Chappell went missing on the night he disappeared provides such evidence, Thomas Percy QC, for Neill-Fraser, argues.