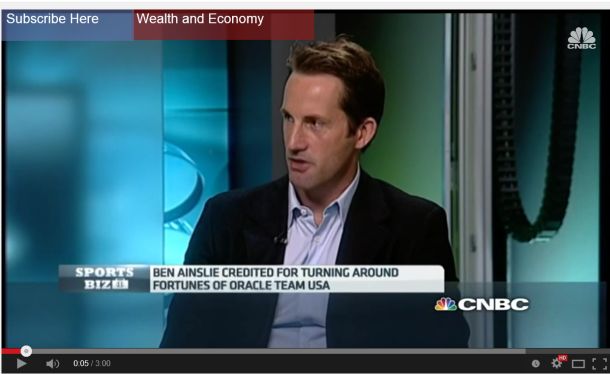 The Telegraph. By James Quinn.

Sir Richard Branson’s Virgin Group is considering backing Sir Ben Ainslie’s America’s Cup bid, in a move that would propel the fortunes of the Olympic gold medallist yet further.

It is understood that Virgin is contemplating providing financial support to Ben Ainslie Racing, the venture set up to win the sailing cup for Britain for the first time since losing the original race in 1851.

Sir Ben is believed to have asked the Virgin billionaire to consider backing the venture when he and his new wife, Georgie Thompson, spent time on Sir Richard’s Necker Island in January. The newly-weds had to be rescued by Necker staff after their boat, sailing in the British Virgin Islands near to Sir Richard’s private island, developed problems with its sail. The couple later thanked the Virgin Group founder.