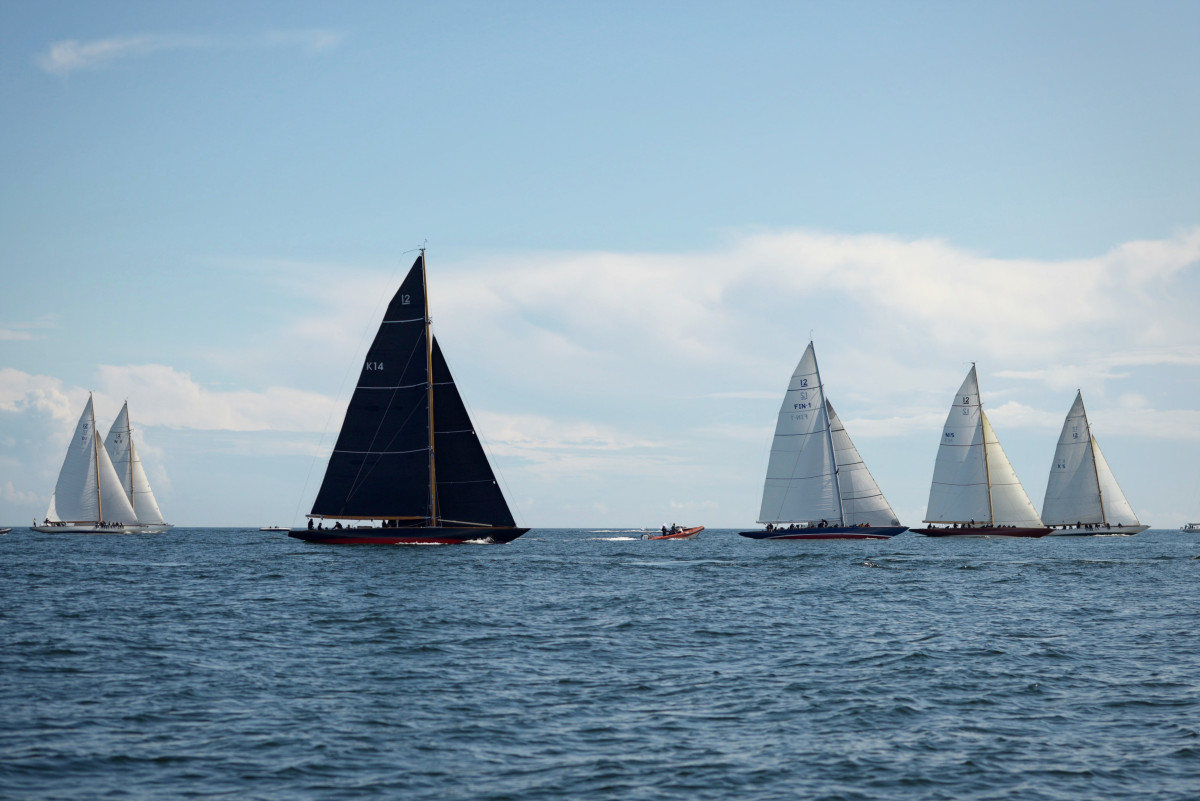 Helsinki: All nine of the vintage 12 Metre fleet competing at the 2021 Evli 12 Metre World Championship returned to the race course this morning after an evening of cooperation between crews to repair damages sustained during Friday’s heavy-weather sailing.

Race one started south of Isossari Island in four to six knots of breeze from the WSW (240 degrees) in calm seas. Wings (K-15) took an early lead but was passed by Vim (US-15) on the first upwind leg. Blue Marlin (FIN-1) benefited from a wind shift that found her in first place around the weather mark followed by Vim who subsequently overtook her on the downwind leg.

Meanwhile Nini Anker (K-14) had gybed to the right side of the course and squeezed out Vim for the first-place finish, Vimand Blue Marlin finished in second and third places respectively.

After completing race one in a dying breeze, the Race Committee hoisted the AP flag indicating a delay until sufficient wind was established and the course could be properly adjusted— one final test of patience for the ready-to-race crews.

Race two got underway in the afternoon in eight knots of wind, this final contest now being watched by a fleet of more than 60 spectator boats. The 12 Metres did not disappoint; an exciting start and close racing with multiple crossing tacks, gybes and lead changes added to the exciting finale of the epic week-long series.

After yesterday’s disappointing breakdown, Wings (K-15) redeemed her turbulent week with a first-place finish in the last race, crossing line just ahead of the new 2021 12 Metre World Champion Vim (US-15).

In the overall standings of the seven race series (with one drop), the top three teams are Vim (US-15) with eight-points, followed by Blue Marline (Fin-1) with 18-points and Flica II (K-14) in third place with 22-points.