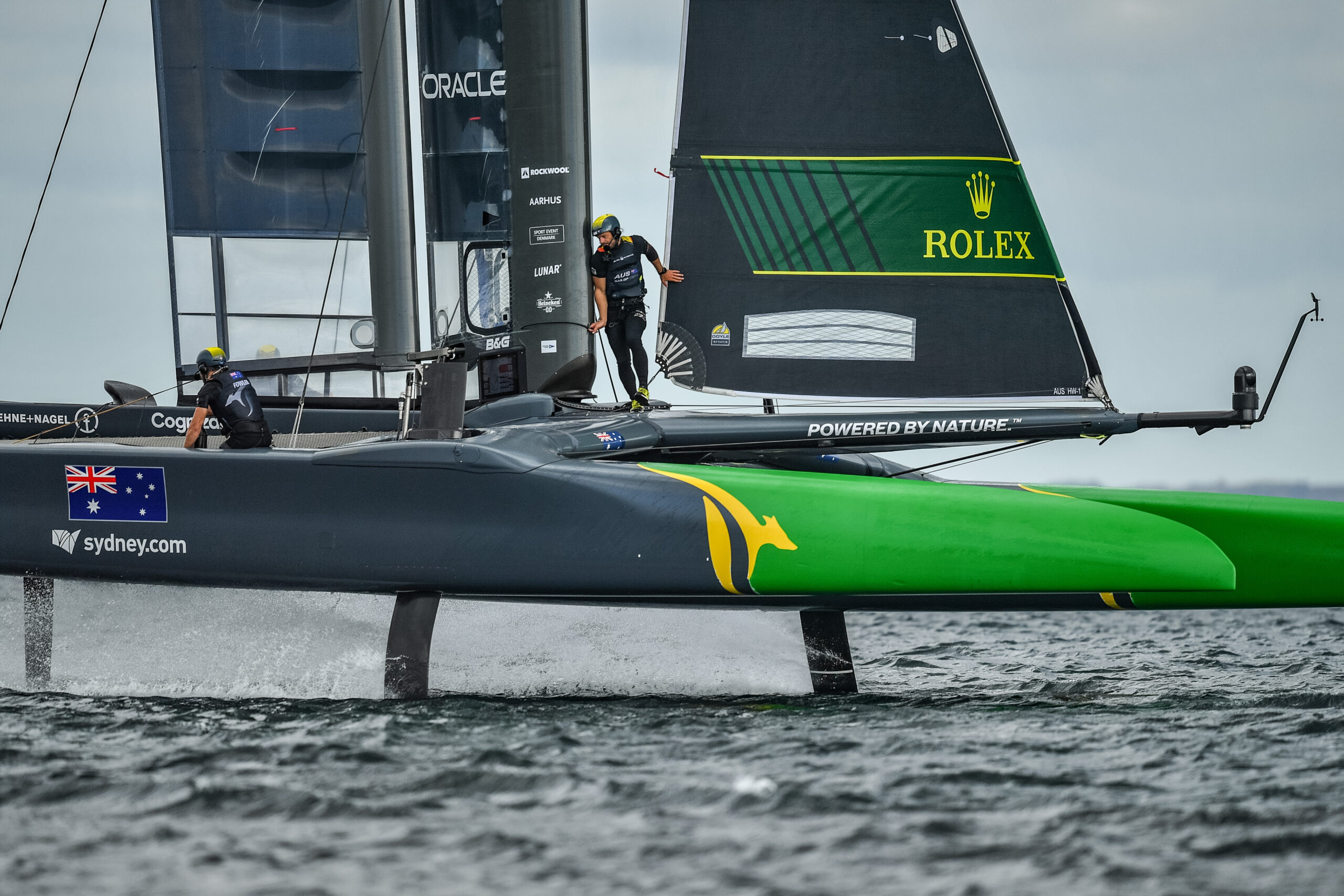 Slingsby and his team are on song in Denmark - SailGP pic

The Australian SailGP Team has secured its position on the top of the leaderboard, following an action packed first day of racing at the Rockwool Denmark Sail Grand Prix.

Slingsby was able to navigate through the minefield of shifty wind, taking hold of opportunities on the race track to overtake other teams, and at times claw his way back, to remain at the top of the fleet for the majority of the day.

The Australians cinched two second places and a fifth in the three fleet races, finishing at the top of the leaderboard, ranking one point ahead of the Brits and two in front of the US in third.

Commenting on the challenging conditions, Slingsby said, “I’d say today was about as tricky as you could get, with 30 to 40 degree shifts, and breezes ranging 10 knots.”

“It was a game of snakes and ladders. We had some races where we were a long way back and had some awesome comebacks. We are really happy to get out of today with some good results. We were stoked to make it to the top of the leaderboard, despite not winning any of the fleet races,” he added.

The Australians had a tight encounter on the finish line of the first fleet race with the Danes, who only just pipped Australia to first place. The win was a historical moment for the Danish team, as their first ever SailGP race win on home waters.

Slingsby said “I thought it was a perfect start to the day with the Danish team winning their very first race ever, and in a nail biter. We could see the elation on board and them all high fiving, which was awesome.”

There was drama even before racing began in Aarhus, with the Spanish team being ruled out of race day one due to a pre-race capsize. Just an hour before racing was due to begin in Aarhus, Spain’s F50 Victoria keeled over, and sustained too much damage to its foil to take part in Friday’s three fleet races.

Tomorrow’s racing is expected to deliver even tougher conditions for the teams, with lighter winds predicted.

“It’s going to be tough tomorrow, with the light winds. I suspect we may end up sailing three up, like we did in Taranto. We need to do a bit of sailing in this combination, as we have never done this with Jason Waterhouse. We just need to have two good races and to make that final race,” Slingsby said.

Race day two of the Denmark Sail Grand Prix will air live on Fox Sports and on Kayo Sports tomorrow (21 August) at 9:00pm AEST. Kayo Sports are offering fans free access to both the live and replay racing, via it’s Kayo Freebies offer.