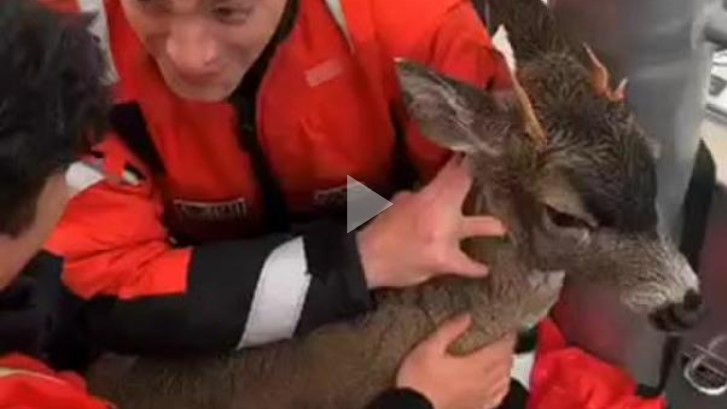 A 29-foot foot Response Boat-Small crew from U.S. Coast Guard Station Ketchikan encountered the animal while conducting a patrol in the area. The crew spotted the animal and reduced their speed. The deer swam to the boat and was pulled aboard before being taken to Knudson Cove to be released.

“We were out on patrol in Clarence Strait and we saw a deer from afar,” said Petty Officer 2nd Class Isaak Linkous, a boatswain's mate. “We stopped and the deer swam straight up to the boat. It was too far from land and got caught in the current so we brought it on board.

Watch the video by clicking here.