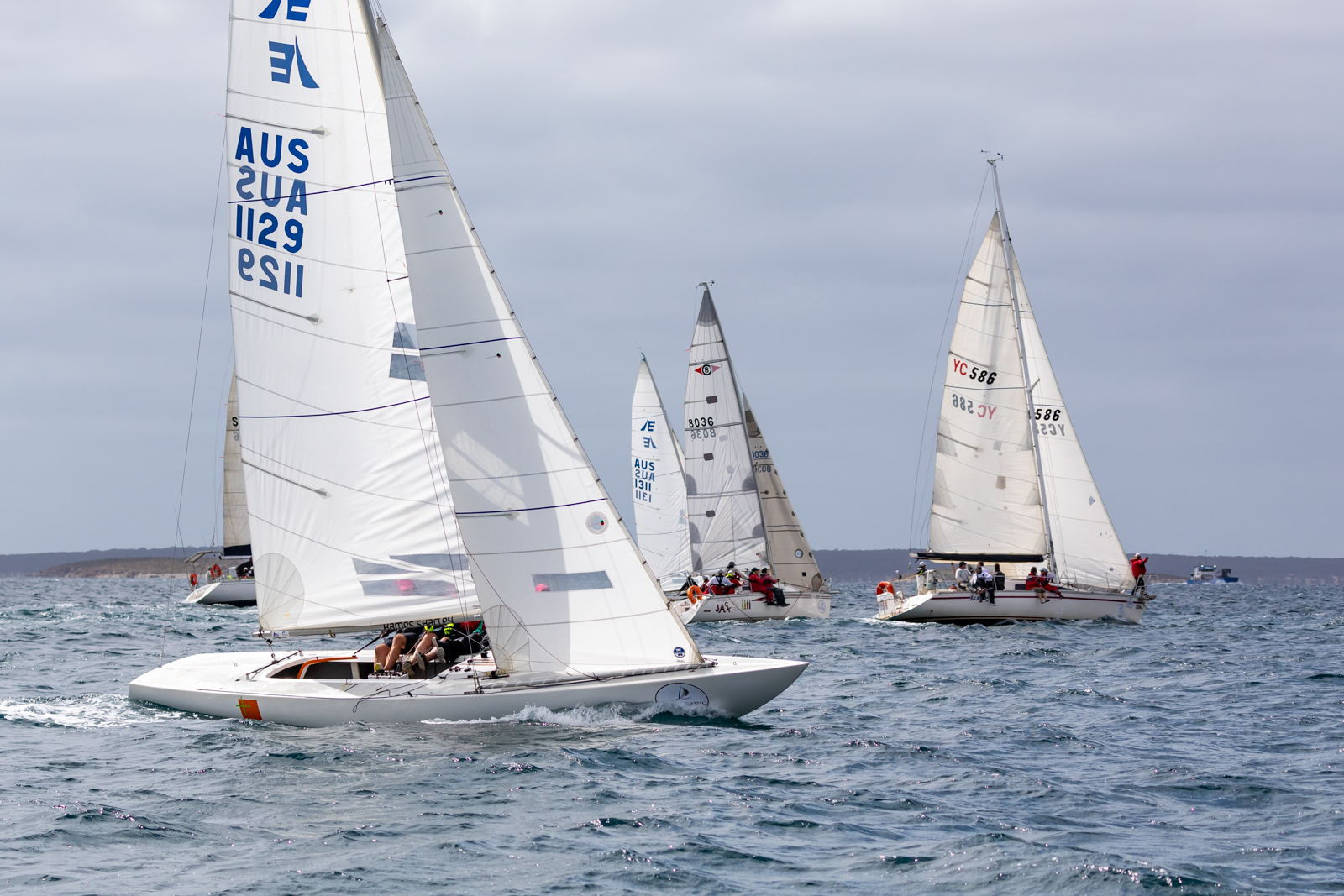 The various Etchells fleets in Port Phillip will take part in the 2019 Lipton Cup Regatta this year as part of its 2019/20 program, with a strong fleet getting ready to descend on the Royal Yacht Club of Victoria for its major club regatta of the year.

Hosted on 16-17 November this year, the Lipton Cup event is one of the most historic in Victoria.

The Etchells fleets are looking to take advantage of this regatta to prepare for the Etchells National Championships being held at Royal Brighton Yacht Club (RBYC) between 7-12 January 2020, followed soon after by the state titles from 7-9 March. Thinking even further ahead, the Etchells Worlds will be hosted by the Etchells Melbourne Fleet at RBYC in January 2023.

James Bacon, Melbourne Etchells Fleet Captain, said he was pleased with the timing of the Lipton Cup ahead of these championships.

“The fleet has several boats which have done well in recent National and World Championships,” James said. “At the most recent World Championships in Corpus Christie, five out of the top 10 were Australian boats, including Chris Hampton’s Tango from the Melbourne fleet, which came fourth.”

James said there was several new entrants to the class, who wanted to get involved in the upcoming competition, alongside the 'club racers' who had been enjoying the class for many years.

“Having such an active one-design fleet ensures exciting racing at both ends of the fleet,” James said. “This two day event will be extremely beneficial to everyone and we are all looking forward to it.”

With strong support from a number of other clubs in Victoria, the Lipton Cup has been very well supported by the local community and sailors across the state as it brings together fleets of off-the-beach dinghies, racing and cruising keelboats, sports boats, and classic yachts.

This year there is expected to showcase more than 200 entries, fairly evenly split between keelboats and dinghies, with more than 20 different classes on display.

Royal Yacht Club of Victoria General Manager Michael Neumann said the event was well known across the Victorian sailing community as a fun and affordable weekend of sailing that was suited to all types of sailors.

“The sailing program caters for all sailing enthusiasts, offering high-quality racing for the serious racing fraternity and an enjoyable weekend's sailing for the cruising boats,” he said. “The northern waters of Port Phillip offer excellent sailing, dramatic views of the city of Melbourne, and fresh summer sea breezes.

“After sailing, relax to live music on the lawn at the Royal Yacht Club of Victoria while enjoying the warm, friendly atmosphere and stunning views.”

The Lipton Cup is open to all classes and is also set to be a hive of activity off the water, with a busy social calendar in place for the weekend including great music, great food and stunning views of Port Phillip.

For more information about the Lipton Cup and to enter into the event, head to the event website. (https://www.liptoncup.com.au/)

For more information about the Melbourne Etchells Fleet, get in touch with either of the following contacts.