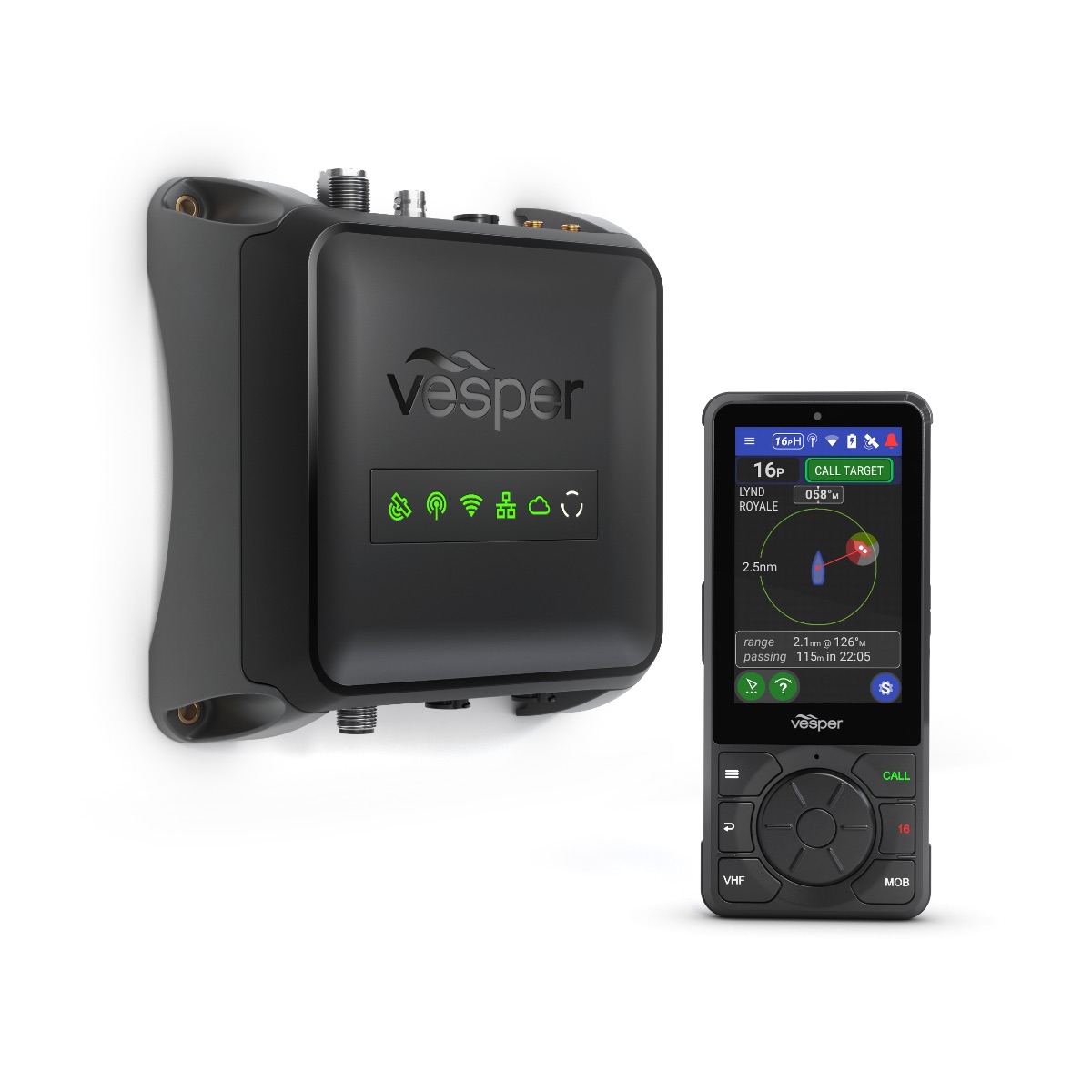 Cortex provides unparalleled safety by alerting boaters of collision risks, providing key information about the potential threat and making it easy to communicate with them.

Up to 10 handsets, either wired or wireless, provide up to 85 dBA of crystal-clear audio. A 10W speaker output enables louder audio and alerting even while handsets are turned off. Cortex includes dual-watch, favorite channels and one-handed operation via the click-wheel.

Pressing the dedicated man overboard (MOB) button activates a track back mode on all handsets and marks the MOB waypoint on NMEA 2000 connected multi-function displays (MFDs).

Carl Omundsen, Vesper Marine’s Chief Technical Officer said, “Cortex unleashes the full potential of VHF, AIS and DSC by combining them in a way that is both intuitive and super easy to use.”

Cortex is the Brain of the Boat

Cortex continuously calculates crossing situations and generates collision alarms for critical action, alerts the crew of anchor dragging, and activates MOB alarms for immediate retrieval. Instead of ambiguous bells or tones, Cortex sounds the alarm with voiced alerts that escalate until acknowledged.

Whether sleeping onboard at night or away from the boat, Cortex gives owners the confidence that their boat is safely anchored. Onboard alarms are available on Cortex handsets and WiFi connected smartphones. While ashore, Cortex sends alerts to a smartphone via the Cortex Monitor app. As well as anchor drag, Cortex can alert on changes to wind speed, wind direction and water depth.

Cortex Will Only Get Smarter

Cortex will only get smarter; new features and capabilities are downloaded automatically to the Cortex Onboard App for easy updates via WiFi whenever convenient.

Cortex is Engineered for the Harsh Marine Environment

Engineered for marine durability with a submersible IPX7 rating, the wired H1 and wireless rechargeable H1P handsets feature a generous 4-inch Gorilla Glass multi-touch display. Wet and glove capable, the touchscreen is optically bonded for wide-angle and sunlight viewability, even in the harshest midday sun.

The Cortex M1 is enclosed in thermally conductive plastic and is also sealed for an IPX7 rating. It includes an integrated no-loss splitter so a single VHF antenna can be used for Cortex and another VHF radio. All ports are galvanically isolated to protect from corrosion, electrical surges and ground loops.

The Cortex M1 is also available separately and is a full-function Class B SOTDMA AIS that offers remote monitoring and control and is VHF-ready. Simply add Cortex handsets to access full VHF communication functionality, or purchase the Cortex V1 package which includes the M1 and H1 handset.