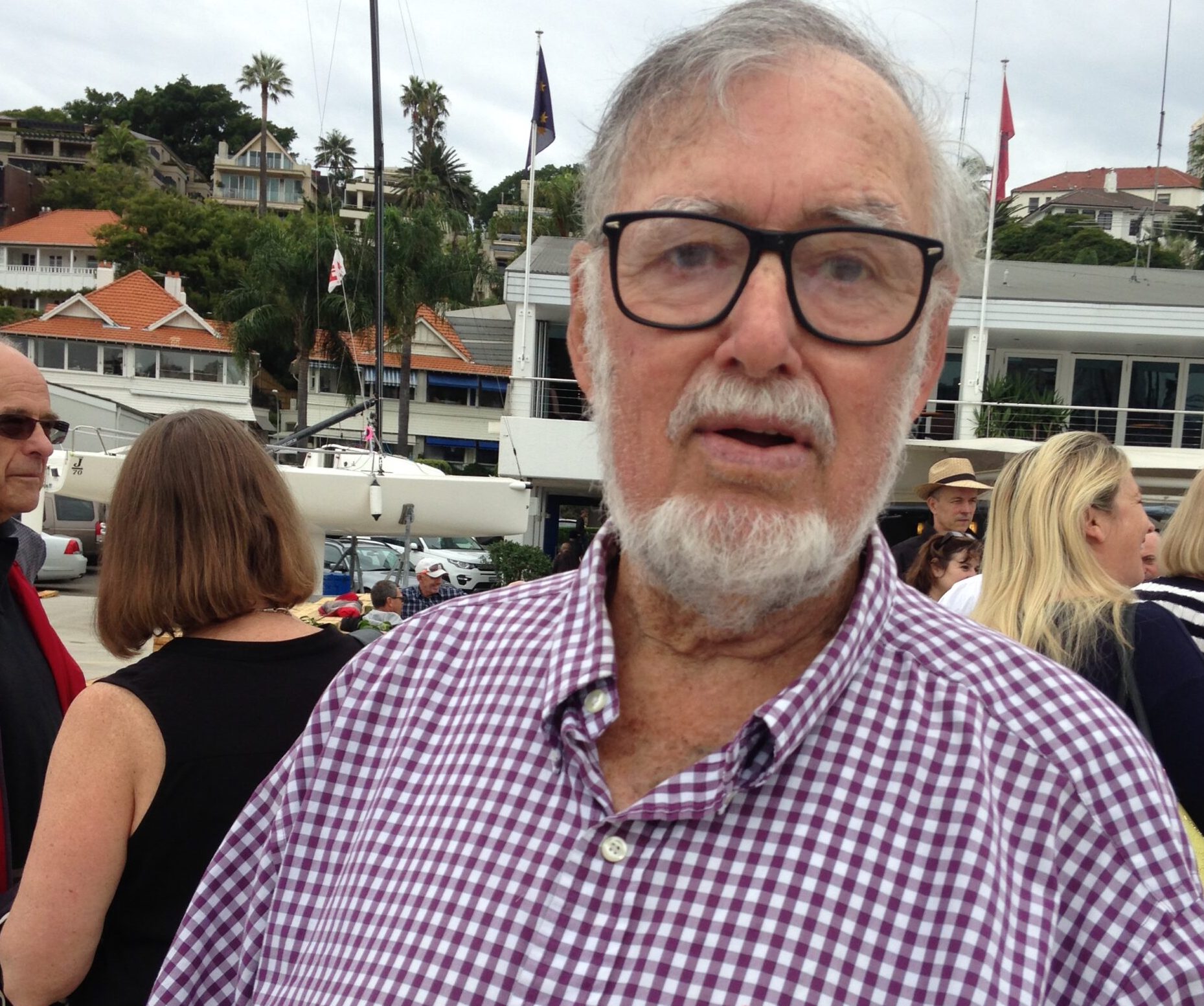 It is with great sadness we announce the passing of marine personality and photographer Kelvin James Mowtell, known to all as ‘Ace’, who passed away in his beloved New Zealand on Wednesday evening; he was 86.

A true character in our sport, Ace had been a director of the Australian 18 Footers League in Double Bay since 1993 and a member of the Cruising Yacht Club of Australia from 1979. Living across the road from the CYCA, he was perfectly placed to spend time at both clubs.

Ace was ‘Ace Marine Photography’. From the seventies on he took thousands of photos of yachting and 18ft skiff events on Sydney Harbour, including momentous photos of Sydney Hobarts, documented in the many sailing magazines, particularly during the seventies and eighties.

Ace owned a distinctive bright yellow photo speedboat, with his trademark ‘Ace Marine Photography’ logo on the side. It was well known on the Harbour. There was also a vintage small fishing type boat, also emblazoned with his logo and used for photography. He continued to take sailing photos into 2020.

Ace had a passion for collecting interesting and vintage boats, small cars and motorcycles. In June 1986, he bought the working scale model of the cruise ship Oriana, which lived at the CYCA and was regularly seen on Sydney Harbour, used sometimes to take photos, but mostly to putter around on with friends.

But there was so much more to Ace than sailing. In the sixties he surfed the waves representing New Zealand in competition in Hawaii. He also played rugby, was a skiing enthusiast and took part in offshore power boat racing.

In March 2009, at age 73, the seemingly invincible Ace fell ill with a blocked artery in the neck and then suffered mini strokes for two years. In 2013 after a check-up, he was fitted with a pacemaker.

Ace suffered a major stroke in 2015 and underwent a triple bypass at St Vincent’s Hospital. He insisted on before and after photos being taken and took great joy in sending them to friends. The stroke severely affected his speech and movement, but he was driven to continue life as normal.

Late November 2015, Ace’s close friends, Jeff d’Albora, Michael (Star Wars) Jarvin and Steve (Mothy) Jarvin hosted Ace’s 80th birthday lunch at the CYCA. In true Ace style, it was loads of fun with a lot of reminiscences from old friends. Before the end of that year, he donated some of his photo collection to the CYCA.

In the months following his early 80th celebrations, more rehabilitation ensued. Ace was able to stay in his home up to this time, but in recent years and after more rehab, he moved aged care at Elizabeth Lodge at Elizabeth Bay. He adapted quickly and made himself at home. It didn’t stop him from getting out and about either; to the CYCA, the ‘18’s and to catch up with friends on a motorised scooter.

In February 2021, Ace happily announced he was moving back to Wellington New Zealand, but it wasn’t to be. Instead, Ace satisfied himself with visits to his homeland and it seems appropriate that he departed life there.

Ace’s zest for life never waned and he took illness in his stride. He was a special – a one-off – and a respected mate to his vast array of friends. A glimmer of light has gone out of life with Ace’s passing.

Our condolences to Ace’s brother Jack and his family.

A memorial service will be advised in due course.