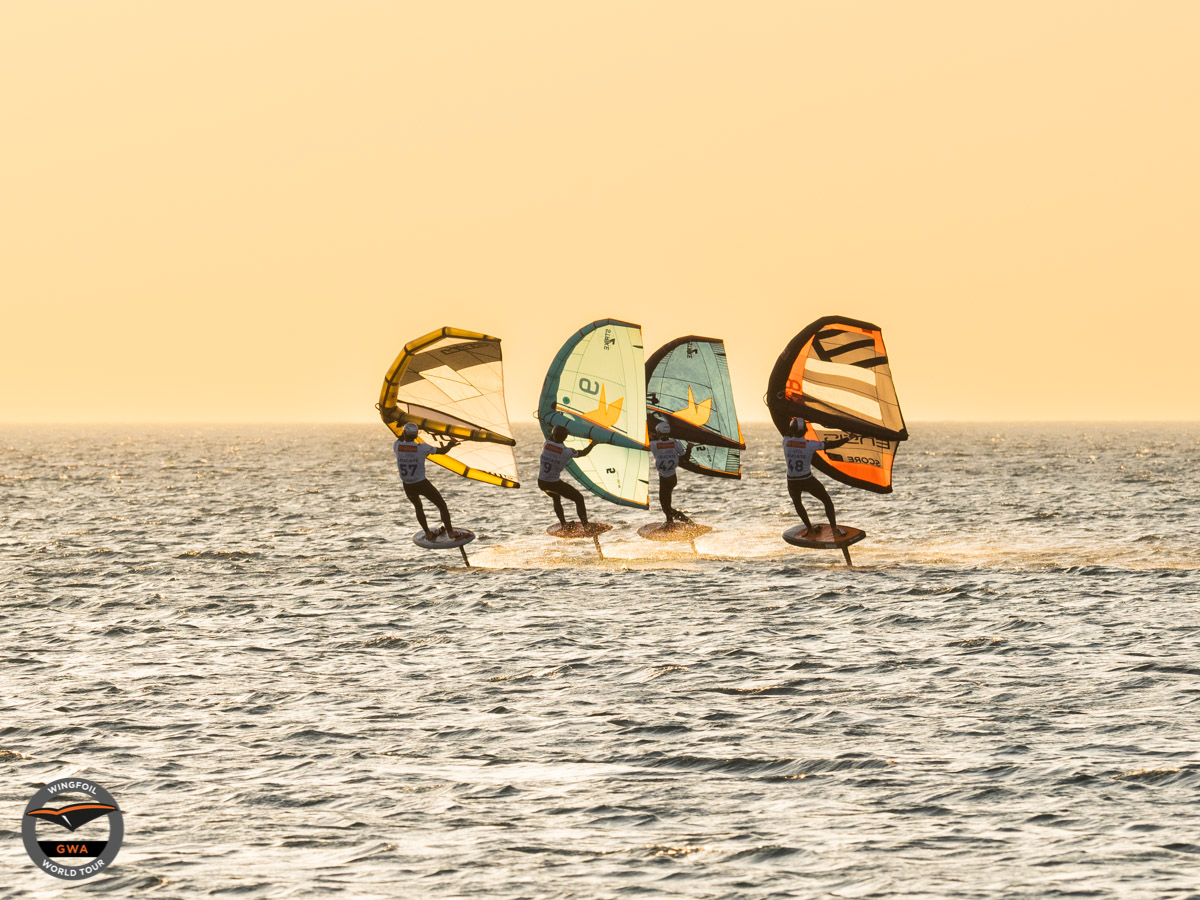 It's Take no prisoners on the course

Day three of the GWA Wingfoil World Cup France in Leucate and France’s Flora Artzner and reigning champion, Titouan Galea, were the stars of Surf-Slalom.

The day started bright and early with riders on the water at 6:30 am and racing was conducted in a perfect 15-20 knots offshore breeze with butter flat water. Conditions allowed riders to swiftly zig zag their way round the six markers all the way to the finish line 500m offshore and made for prime slalom-racing with riders reaching pure top speeds.

Women’s Surf-Slalom
We went straight into the Women’s round one with Fiona Wylde (USA) dominating the first heat. Wylde had a flying start, placing herself at the front of the pack from the very beginning. The firing Frenchie Flora Artzner was close behind but could not match the blistering pace of the American hotshot.

In the second round Wylde had a turbulent start which left her unable to gain her momentum. Czech charger, Paula Novotna took full advantage of this slip up and powered through the fleet to take first place in the second round.

Nevertheless, it was the formidable Flora Artzner who finished the day victorious. The Frenchwoman won both the third and fourth rounds which was enough for her to take the overall lead in the Surf-Slalom discipline.

Men’s Surf-Slalom
We had 18 riders in each heat. There were some very tight heats with riders pushing each other all the way down to the line.

In the Round 3 finals, we had the firing Frenchie Mathis Ghio leading throughout the whole race, but at the final buoy, the pressure became too much and he took a hard crash. This gave Titouan the opportunity he needed to take first place, once again, undefeated.

New competitors adjust to the pace
For many, this was a first time racing, so naturally there were a few false starts and miscalculations to begin with. Nevertheless, competitors quickly got into the swing of things picking up the pace throughout the rounds.

New rider to the tour, Alan Fedit (FRA), shared his experience of his first time competing in Surf-Slalom: “The pack is so fast. When you are not used to riding amongst that many people, the pressure to stay on the board and not crash is pretty high!

There are still two days of possible competition over the weekend.