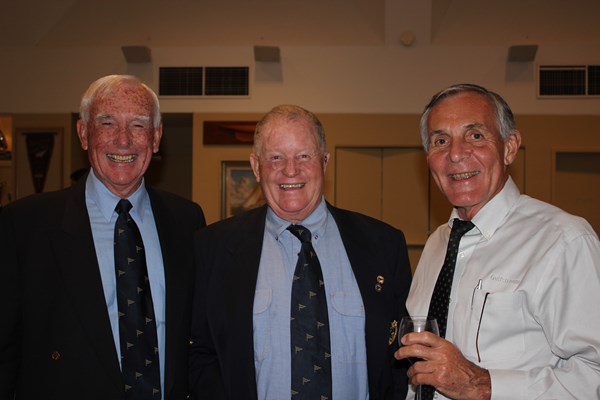 It was with great sadness the Board of the CYCA recently announced the passing of John “Messo” Messenger, an active member for over 30 years, a life member and former commodore who gave his heart and soul to the club.

John’s family owned a boat shed which became part of the CYCA, as such he has been a part of the club his entire life.

Having occupied many of the CYCA’s roles, including a period as interim CEO, he knew the club and its history inside out, using his influence to introduce many current members to the club and the sport of sailing.

Amongst John’s greatest achievements at the CYCA was the creation of floating Marina. It was his vision and determination which brought it to fruition the benchmark marina in the country, and it is testament to his work that it remains so today.

Similarly, the role of Marinassess, John’s own company, in being the major sponsor of women’s youth sailing at the CYCA saw him ahead of his time as he took a leading role in supporting the development of young female sailors.

A keen ocean racer and gifted helmsman, John sailed on some of the club's best boats over the years and is also fondly remembered for the role he frequently undertook, as a commentator on the Sydney Hobart start boat.

Close friends say it was his ultimate want and desire to see the club succeed, while also ensuring the best for sailing. We are forever grateful for his hard work, his positive attitude, and will continue to work in support of his aims.

As his family are still finalising funeral and other arrangements, we are unable to confirm details at this time. There will be a special function at the club in the near future. The club members through Onshore, and via the noticeboard and website, will be updated when possible.