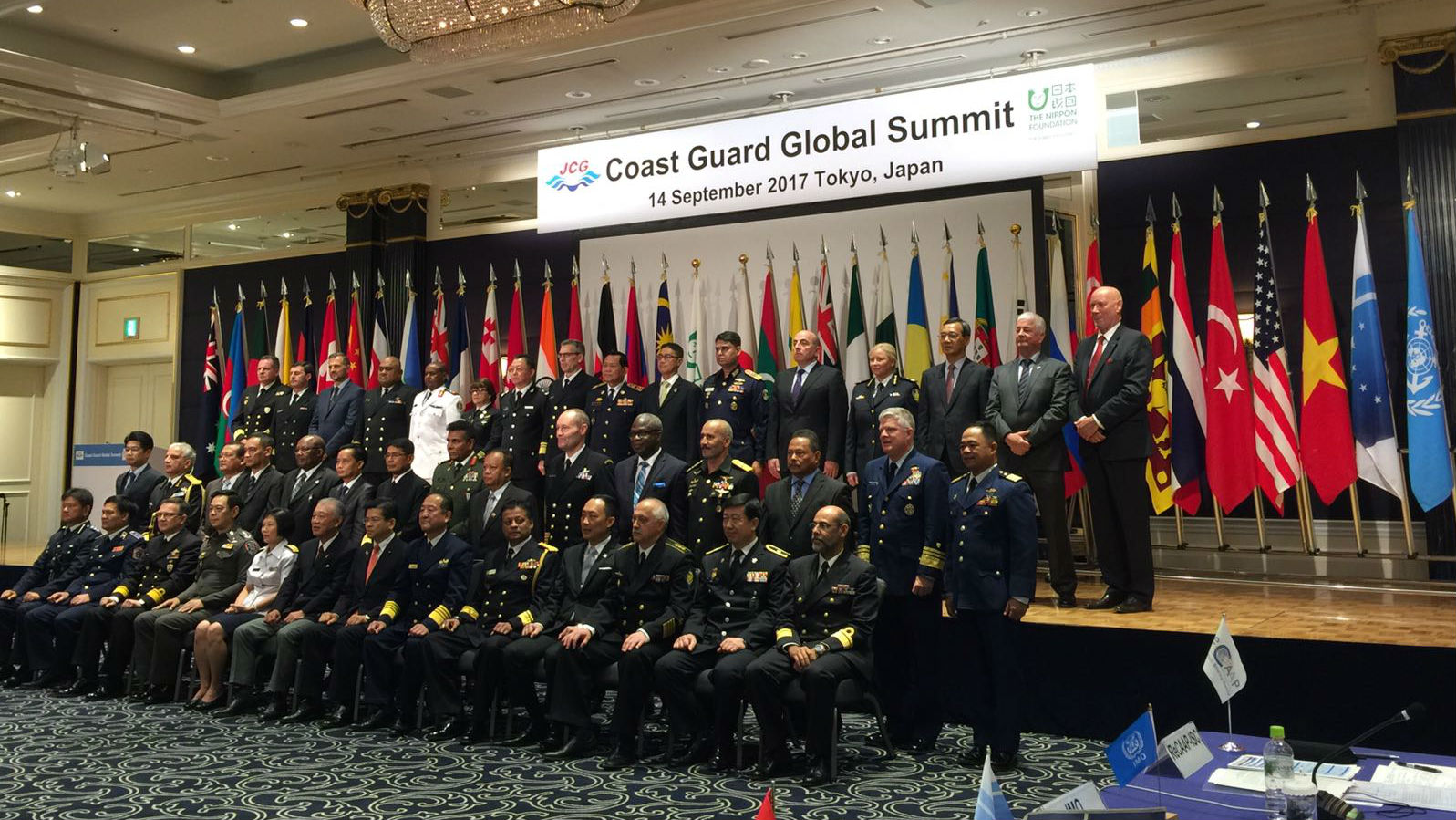 Participants at the Coast Guard Summit in Tokyo. Photo The Maritime Executive.

The Maritime Executive. By Noel Tarrazona

Coast Guard officers from over 30 countries agreed to establish inter-regional collaborations to address the rising threats of piracy and marine pollution during the Coast Guard Global Summit held in Tokyo last week.

Hosted by the Tokyo-based Nippon Foundation, the Summit selected key participants to present their response to these maritime threats.

While the South China Sea and East China Sea border disputes remain a global maritime issue that could have been raised during the summit, the Summit was instead deemed to be a place for building cooperation among maritime safety organizations. Nakajima said that the summit was not the place to focus on issues of a particular region (like the East or South China Seas) but to promote dialogue.

The Summit coincided with an era when piracy and maritime terror remain uncontrolled in some parts of the world. Other maritime threats include a growing number of reports that proceeds from the sale of illicit drugs are funding maritime terrorism and terror attacks on land. A joint naval task force led by Britain and France recently intercepted illegal drugs worth $590 million on board a ship sailing in the Indian Ocean.

In the Southern Philippines, $5 million-worth of illegal drugs were confiscated a few months ago at the stronghold camp of a local terrorist group in Marawi City and Philippine President Rodrigo Duterte has stated on a number of occasions that drug money is funding terrorism.

As sea traffic continues to increase, the Summit also addressed growing marine pollution around the globe. The leading causes of marine pollution includes oil spills, fertilizers, garbage, untreated sewage flows and toxic chemicals. Nippon Foundation leader Yohei Sasakawa has stated in the past that the ocean crisis is becoming worse and could no longer be solved by a single country, so one of the summit’s goals was to take the first step in developing global resolutions to these worsening issues.