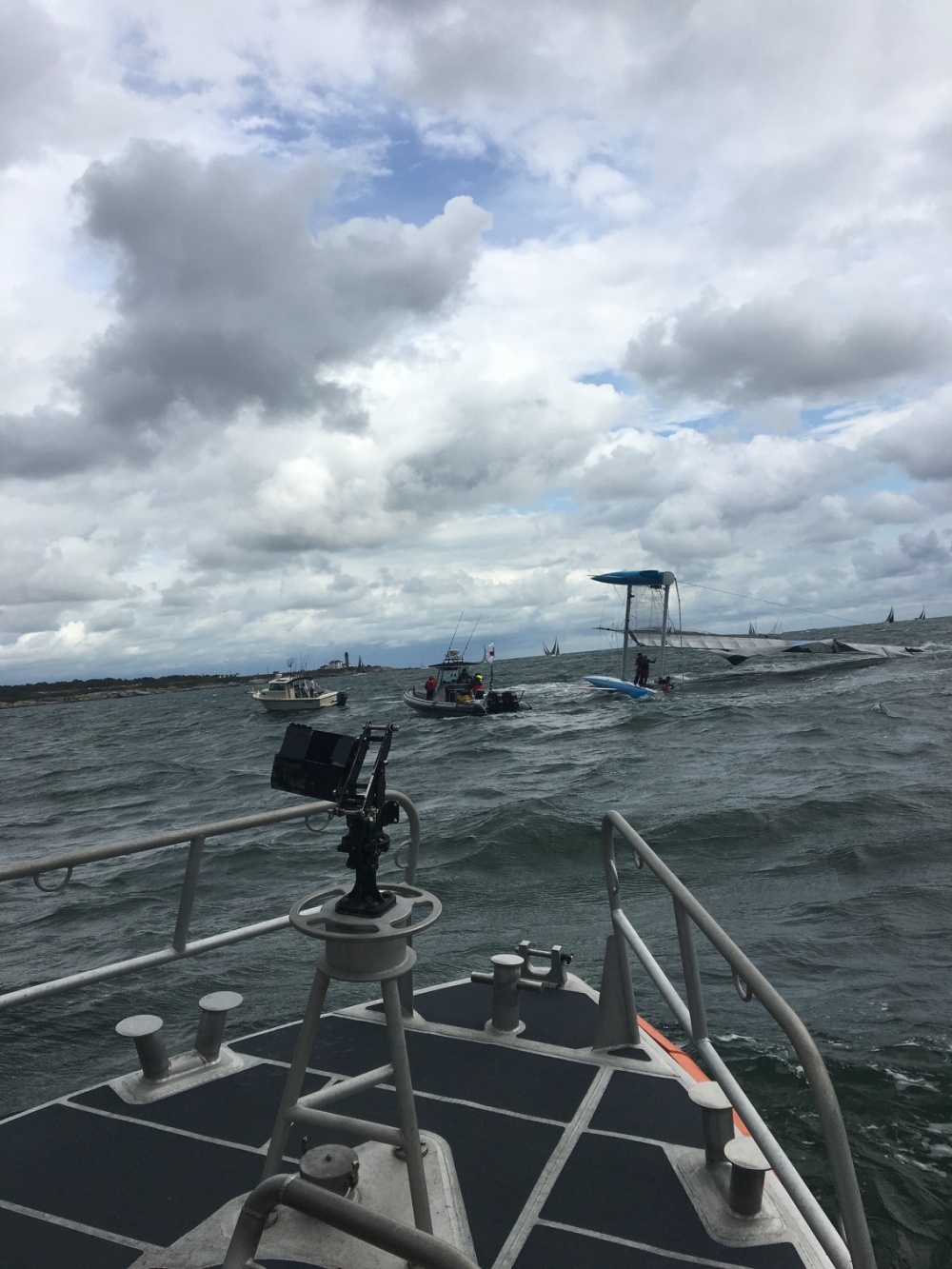 The Coast Guard arrives on the scene. Photo USCG.

BOSTON — The Coast Guard rescued five people from their 32-foot catamaran Saturday after it capsized during a regatta off Beavertail Lighthouse, Rhode Island.

The local police department called watchstanders at Coast Guard Sector Southeastern New England at around 1 p.m., reporting the catamaran capsized, and five people were in distress. The officer reported another 32-foot catamaran disabled with a broken mast and four people aboard.

The second boat crew arrived at the catamaran with the broken mast where a nearby vessel had already taken it into tow. The Coast Guard crew escorted both vessels safely back to port.

The seas are reported to be about five feet with 15 knot winds.