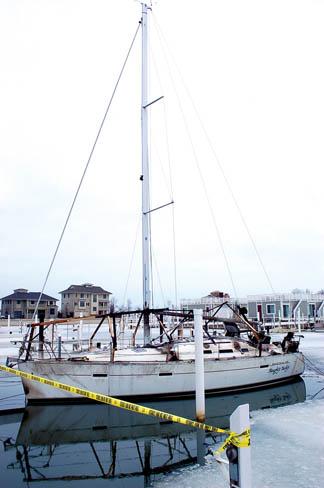 The "Naughty Yachty" on Tuesday

NEW BUFFALO — A fire that broke out early Monday evening, March 9, on a sailboat docked in New Buffalo's harbor destroyed and sank that vessel while damaging another.

According to a New Buffalo Police Department report, Officer Dan Hansen observed thick black smoke over the marina area at about 6:48 p.m. Monday, and as he got closer saw a 40-foot Hunter sailboat known as “Sea B's” “that appeared to be fully engulfed” in slip 344 of the E Dock at The Moorings.

After requesting that fire departments be alerted, Hansen said he observed “the mast from the burning sailboat collapse and fall north into the harbor striking another dock” while running toward the scene.

Another sailboat, the 37-foot Beneteau “Naughty Yachty,” was located in the next slip (number 345), and officers on the scene reportedly attempted to pull it as far away from the burning boat as possible despite intense heat and flames.

Hansen reported that the canvas cover on the second sailboat caught fire while members of the New Buffalo Fire Department were dragging hoses out onto the dock (those on the scene the next day said it took 650 feet of hose to reach the blaze).