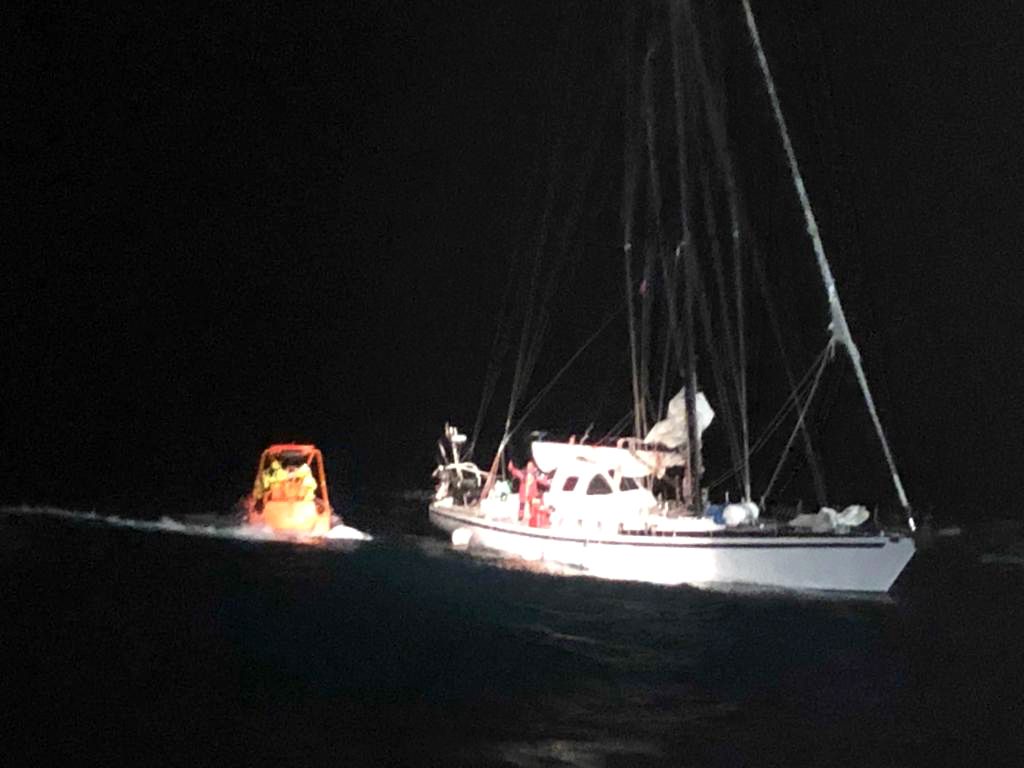 On March 6, the offshore survey vessel Seabed Constructor helped to rescue an injured sailor from a damaged yacht. The Constructor had just finished a successful mission to recover the voyage data recorder (VDR) from the wreck of the Stellar Daisy.

In late February, the Seabed Constructor departed the Daisy's wreck site and headed west towards the Falklands for a new task – an archaeological search-and-survey for a fleet of wrecked First World War warships. On March 5, at 1445 hours, her transit was interrupted by a call from rescue authorities in the Falkland Islands, who asked her to help the crew of the yacht Ti Paradise.

The Paradise had capsized in foul weather at a position 480 nm northeast of the Falklands. She righted herself, but two of her eight crewmembers were swept over the side, including the skipper. They have not been found. One of the surviving six sailors – Luxembourg national Ms. Pascale Noel, 58 – had sustained head injuries and required evacuation.

At the time of the request, the Seabed Constructor was located about 80 nm from the yacht's position. She diverted to the scene, and she arrived within sight of the yacht's masthead light by 2110. Despite a heavy swell with whitecaps and 25-30 knots of wind, her crew lowered the rescue boat at about 2200 and retrieved the victim.

A Royal Air Force helicopter evacuated Ms Noel to Port Stanley the following morning. The Ti Paradise and her remaining crew are now making way for the same destination under sail.

It was learned that the yacht had been capsized by a large wave during severe weather conditions while on passage from South Georgia to Uruguay (having previously been in the Falklands). Of the eight people on board, two had been swept overboard and were missing.

At approximately 20.45 hrs the RAF plane, which had been circling the yacht, had to return to Mount Pleasant Airport in the Falklands to refuel. By then it was dark. At 21.10 hrs, the mast-head light on the yacht was visible.

Seabed Constructor arrived on site at 10.00 hrs. A rescue boat was lowered and in challenging conditions, Pascale Noel, a 58-year-old woman from Luxembourg was transferred to the Seabed Constructor where her head injuries were attended by two people with medical training who received guidance by phone from doctors in Norway. The rescue was completed by 22.28.

It is expected that at approximately 07.00, tomorrow, 7th March, Pascale Noel will be helicoptered to Port Stanley for further medical attention.

Information from the injured person confirms that two people were lost over board, one of whom was the yacht’s French skipper of 66 years, the other was a French woman of 68 who resides in Uruguay. The names of the two missing people are being withheld until confirmation has been received that their families have been informed.