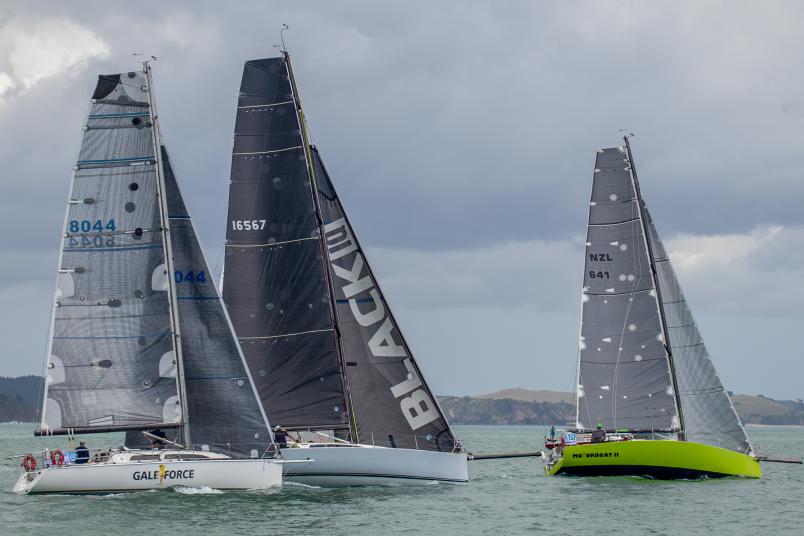 Organisers of next year’s Round North Island Two Handed Race had expected entries to sell out within about four days when they went on sale on Monday night – not 45 minutes.

Admittedly it’s capped at only 30 boats, mostly because of marina constraints at a couple of stops along the way, but they could probably have sold twice as many entries such is the popularity of short-handed sailing at the moment.

It’s seen as a challenge, but an accessible one even for weekend warriors, in much the same way as land-based adventure racing is also enjoying a high. And news a two-handed keelboat division will be at the 2024 Paris Olympics will add another dimension to the sport.

The Short Handed Sailing Association of New Zealand, or SSANZ as it’s known, is in a good place to take advantage, with a range of races on offer for the relative novice keen on entering a 30 nautical mile race in the cruising division through to those who recently tackled the Round New Zealand Two Handed Yacht Race (2200nm).

“It’s something anyone can aspire to or have a crack at,” SSANZ spokesman Jon Henry said. “The average person now can buy a boat and do a 50- or 60-mile race. Just like you need a major race for people to aspire to, you also need an entry level race so people can get into it and most people don’t have time to do bigger races.”

Bigger races used to be all that was on offer, with the shortest race 250 miles. All that changed towards the end of the 1980s as more accessible distances were introduced and it saw fleet sizes, in some instances, go from about 30 boats to 170 a decade later.

SSANZ enjoy a healthy membership and their races are popular among the wider yachting community, testament to the fact they are running quality events at a time that suits.
SSANZ

The introduction of keelboats into the Olympics is unlikely to materially change things for SSANZ, other than bring in more publicity for short-handed sailing and potentially more members, including a handful of top-end sailors who will compete in a number of their races. But it’s something most short-handed sailors will take an interest in.

Their own races can be hotly contested. The Triple Series, which is made up of three races between 50 and 100 nautical miles in distance, is very popular and a large fleet is also expected for next month’s Enduro which goes from Auckland to Waiheke Island (three courses are offered ranging from 36nm to 215nm).

The Enduro is a qualifier for the Round North Island race, which for many is a bucket-list event and more achievable than the round New Zealand race.

“[The Round New Zealand] never going to be a big race in numbers because the commitment of a month’s sailing and week’s and week’s of preparation is tough,” Henry said. “But as an organisation we think it’s really important to have an ultimate goal, give the average weekend warrior something to aspire to. It makes a round North Island race look more achievable.

“The key to our success is that we target the average person and hold a few races for the top end but always try to have a division for all-comers.

“We are trying to encourage a pathway so young people can see it’s doable and you don’t have to go on a 50-footer to do an offshore and be rail meat and have one job. That’s one of the attractions with short-handed sailing. You don’t have to be a great sailor, but you have to be an all-round sailor. You need to know how the whole boat works and not just learn one job.”

It’s also an advantage if you’re handy, especially when the inevitable happens and something breaks. It was a feature of the recent round New Zealand race, mostly from damage caused by big swells in light airs off the West Coast of the South Island, but everyone tended to pitch in and help out others to make sure they got to the start line for the next leg.

The next Round New Zealand Two Handed Yacht Race is scheduled for 2025 and SSANZ are toying with the idea of a two-handed offshore race to the likes of New Caledonia and then joining in at the New Caledonia Groupama Race.

See here for more on the Short Handed Sailing Association of New Zealand.