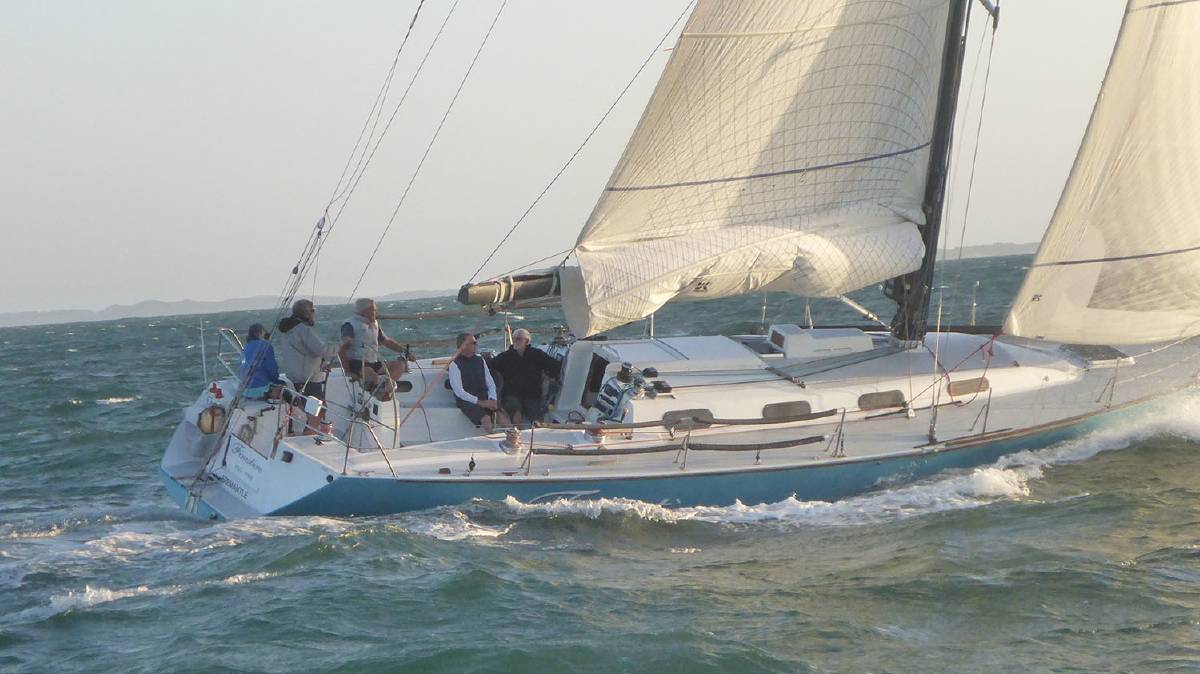 The sailing community in Western Australia is in mourning after the loss of the Davidson 50 Finistere, which capsized during the Bunbury and Return Ocean Race on Friday night. Two of the six people on board are confirmed as dead. They have been named as skipper and owner Rob Thomas and crewman Paul Owens.

Two other yachts competing in the race – Huckleberry and Fourth Dimension – and the RAC Rescue helicopter arrived at the scene about 12.30am and rescued five of the six crew members from the water, including Mr Owens. However he could not be revived.

An extensive search then took place for Mr Thomas, whose body was recovered at about 12.30pm on Saturday.

Mandurah senior sergeant Stevie Thompson said difficult conditions were met during the search. Weather conditions in the area were described as south easterly winds, 15 to 20 knots, with one to two metre seas.

The search involved six aircraft and 10 vessels. Senor sergeant Thompson said water police from Peel and Fremantle assisted the search as well as Mandurah volunteer marine rescue and the Department of Transport and Fisheries. Senior sergeant Thompson expressed his condolences to the family on behalf of the WA police and thanked the rescue team.

The organisers of the race issued a statement on Monday afternoon:

Royal Freshwater Bay Yacht Club, along with the sailing community of WA, mourn the loss of Rob Thomas and Paul Owens who tragically lost their lives while competing in the Bunbury and Return Ocean Race.

RFBYC Commodore Dean McAullay said the club offered its heartfelt condolences to their families and friends.

“Our club would like to acknowledge and thank all of those involved in the successful rescue of four members of the yacht Finistere in the early hours of Saturday morning,” Mr McAullay said. “The quick response and professionalism of the search and rescue authorities ensured the safe return of the four sailors.

“We also extend our sincere thanks to the skippers and crews of the yachts Huckleberry, Fourth Dimension and Circa who, on request, directly supported the search and rescue efforts.

Skipper of the yacht Indian, which participated in the race, Craig Carter, said he and his crew were deeply saddened by this tragic incident.

“We are grateful to the emergency authorities who immediately took control of the situation and instigated the rescue mission,” Mr Carter said. “Safety is a complex layer of initiatives when sailing offshore and the fact that all competitors were required to wear personal locator beacons (PLBs) in this event was one of the significant factors helping to locate the capsized boat as quickly as they did.”

Mr McAullay said the club would be assisting the authorities in its investigation of the incident.

The incident has been referred to police who will prepare a report for the coroner. As a mark of respect, racing scheduled at Royal Freshwater Bay Yacht Club was cancelled.

Finistere was a dominant force in offshore and other racing in Western Australia for many years, with her heyday being the 1980s and 1990s. She competed in three Sydney Hobarts, in 1994, 2008 and 2012. The RSH website states in its yacht notes for the 2012 race, “Owner, Robert Thomas, rebuilt her for the Around Australia Yacht Race and she is a comfortable cruiser racer that is at her best in medium to heavy conditions.”