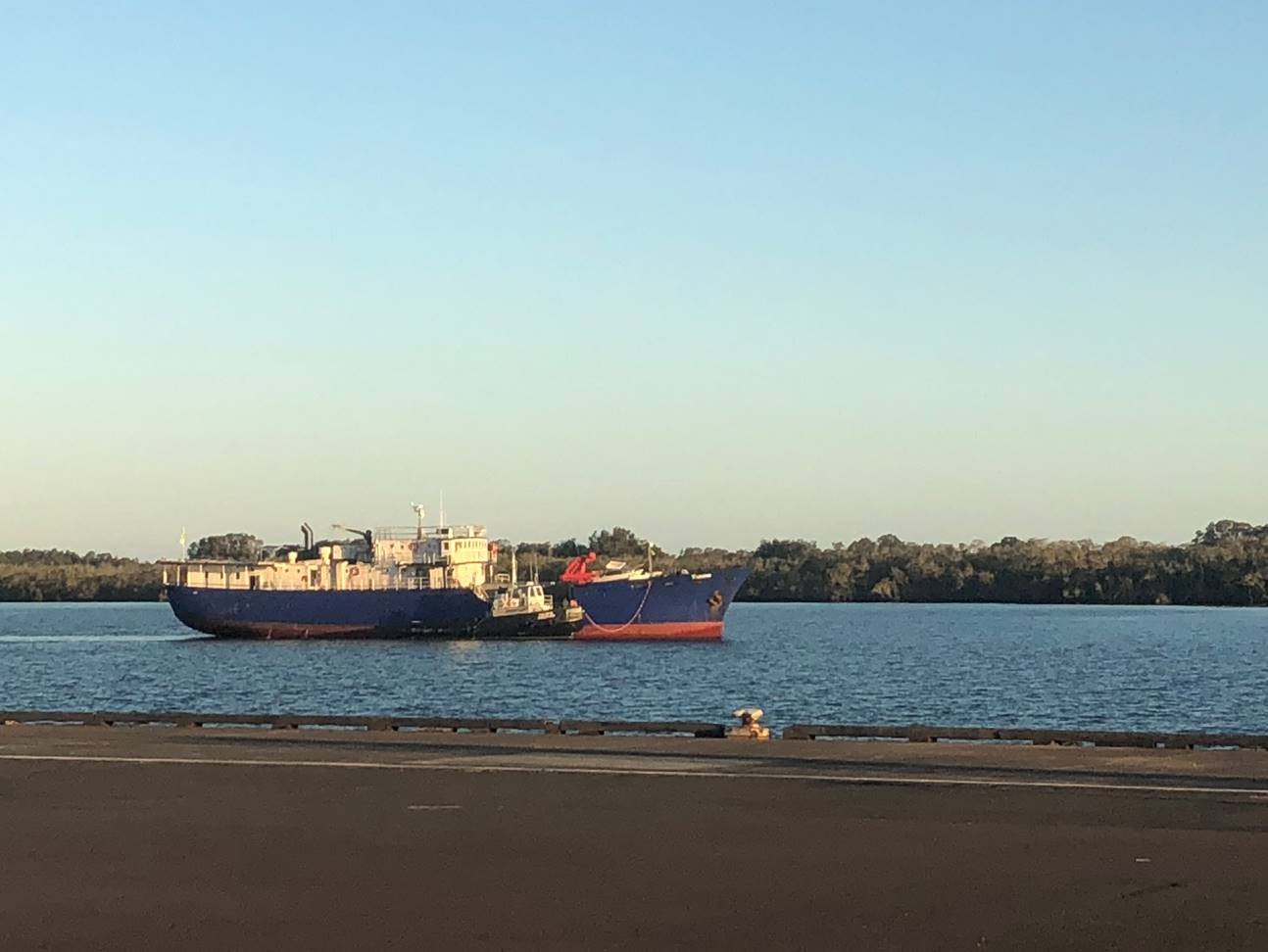 MV Tomin which was detained at Yamba. Photo AMSA.

AMSA inspectors boarded the Australian-flagged MV Tomin in the Port of Yamba, New South Wales, on Monday and detained the vessel because AMSA suspected the vessel to be unseaworthy, substandard and a threat to the marine environment. AMSA considered the grounds for suspicion to be reasonable. Those grounds included information suggesting the vessel undertook a voyage to Australia from the Solomon Islands without required certification. With support from New South Wales Police, the owners of the vessel were arrested on board and have been charged with offences under the Navigation Act.

AMSA notes that the International Convention for the Prevention of Pollution from Ships (MARPOL) applies to all ships on international voyages. Section 135 of the Commonwealth Navigation Act provides that it is an offence for an owner to take a vessel to sea, or cause or permit another person to take the vessel to sea, unless the vessel has been certified to comply with applicable provisions of MARPOL. The offence carries a maximum penalty of 10 years imprisonment or a fine of $126,000 or both.

Vessels of the size of MV Tomin can carry large amounts of engine oil and fuel, which can damage the environment if not properly managed. AMSA inspectors found what appeared to be structural leaks and oily waste inside the vessel.