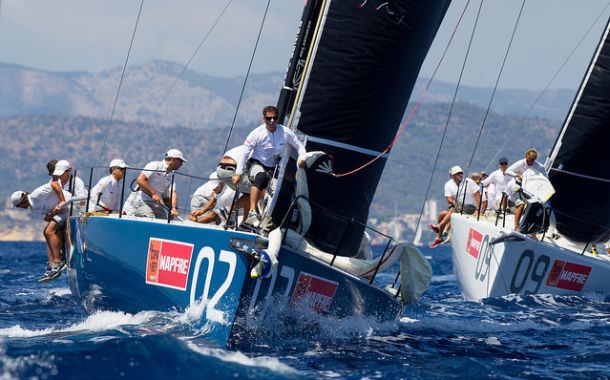 A dozen teams from seven nations have registered for 34 Copa del Rey MAPFRE in the TP52 Super Series class. This is the seventh participation of the TP52 class since his debut in the race in 2005 and the third consecutive edition in which the race is part of the TP52 Super Series European circuit. “It is the international regatta par excellence, and all the owners like to be here,” says Agustín Zulueta, CEO of TP52 Super Series. “The regatta and the location are always a winning combination.”

Among the contenders for this year’s crown there are 11 out of the 12 teams that competed in the Worlds last week in the Bay of Palma. The only difference between both starting grids is the absence of Swedish “Rán” and the incorporation of US team “Spookie”.

“In the worlds we saw great racing and great equality,” says Zulueta. This was a great preview of the show to be expected in 34 Copa del Rey MAPFRE, where practically the same players will compete with a similar program and scenario. “Everyone is looking forward to competing in Palma de Mallorca and winning the Copa del Rey MAPFRE. There will be an intense battle, even more in Palma, where there is such an important trophy at stake.”

“Azzurra”, owned and skippered by Argentinean Alberto Roemmers, sealed the world title with one race to spare, where up to six teams achieved race victories. “The third place of the podium was decided after a three-way tie, and until the last downwind run nobody knew who was going to get on the podium,” says Zulueta to define the equality of the fleet.

“Azzurra” will undoubtedly be one of the favourites in 34 Copa del Rey MAPFRE, Roemmers has already accumulated three titles (2007, 2009 and 2010). Among his biggest rivals will be Doug DeVos’ US “Quantum Racing”, master of the Mallorca regatta in the last two editions. But in such a competitive fleet, in which nine of the 12 teams have a brand new boat this year, it is difficult to rule out any contenders to the title. “Without going any further, the recent runner-up in the Worlds, Platoon, debuts this year in the category, and its performance with Harm Müller-Spreer at the helm has been extraordinary. But nobody should forget about the other new arrivals, such as Vladimir Liubomirov’s Bronenosec,” the Russian skipper winner of the last Copa del Rey MAPFRE in the Swan 60 class.

A review of the results in the class of the first three events in the 2015 calendar complicates the bets even more. In the 33 races sailed to date, eight of the 12 teams which will compete in Palma have achieved race wins. This proves that the crown of the class in 34 Copa del Rey MAPFRE won’t be easy to achieve.

The TP52 Super Series racing program in 34 Copa del Rey MAPFRE foresees a maximum of ten races between Tuesday, August 4th and Saturday 8th, including a coastal race scheduled for Wednesday, August 5th. On Monday, the 3rd, there will be a practice race which won’t count towards the final points.

34 Copa del Rey MAPFRE is organized by the Real Club Náutico de Palma and will be held from August 1st to the 8th 2015.