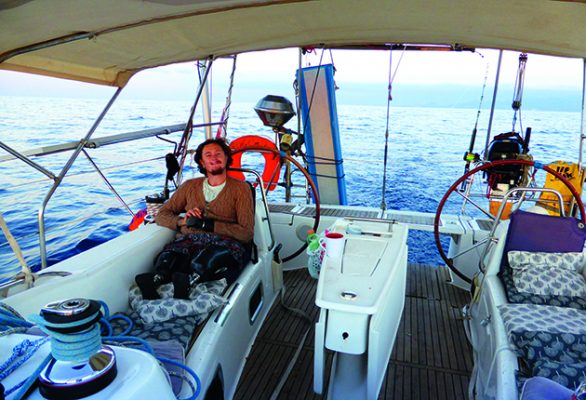 Triple amputee army veteran Craig Wood is cruising around the world to raise awareness of sailing with disabilities. He shared his story with Katy Stickland.

Three months after his 18th birthday, Craig Wood’s life changed forever while on deployment to his first war zone.

During a routine patrol with 2nd Battalion, The Rifles, in Helmand Province, Afghanistan, a remote IED was triggered, blowing Craig up.

The explosion resulted in the amputation of both of his legs above the knee and his left hand an inch above the wrist. He also had extensive facial injuries and shrapnel wounds on his body.

It took Craig Wood eight months to learn to walk again, with a further four years rehabilitation at Headley Court, the UK’s leading rehabilitation centre for injured soldiers based outside of Leatherhead in Surrey.

‘I believe sailing helped me overcome my injuries because it was something I could do before I was injured and the competition was a great motivator,’ explained Craig.