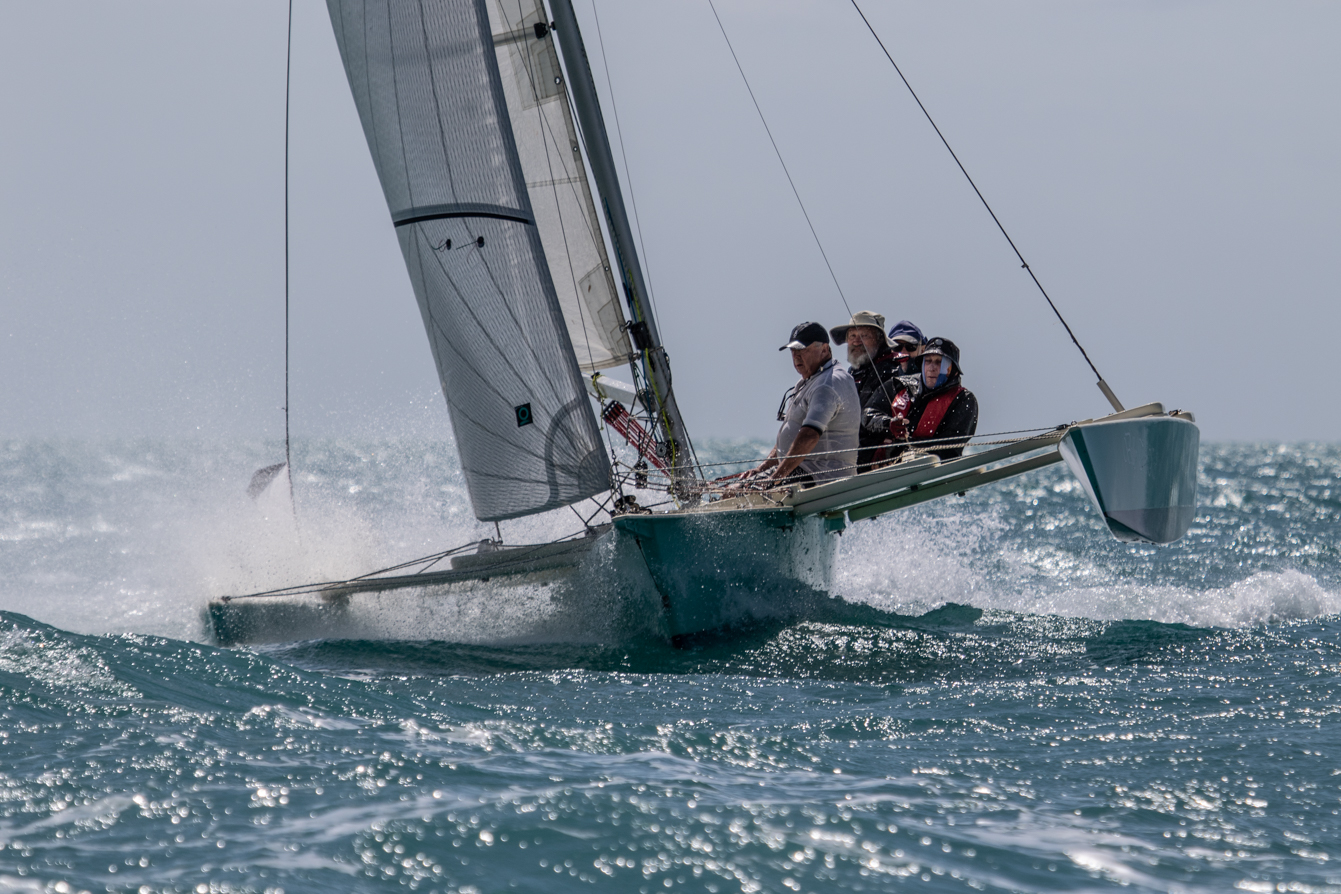 Lehany, and Stanley, from Sydney, sailed Billy the Kid back to the Port of Airlie marina, while the other two crew, Doug Watson and Bruce Whan were brought ashore by a WSC rescue boat.

Lehany said back at the Club at .50pm this afternoon: “We’re all OK, the boat is fine too, we tore a spinnaker though. I don’t think it can be fixed. The Club was great, they put a rope on the boat and righted it, but then it sailed off while we were in the water.

“I thought it would go up on the rocks, but strangely, it tacked and officials on the course were able to get Steamer and I back on board.

“I can’t thank the Club and Phil Barnett enough for coming to help us. Phil gave us blankets to keep us warm and kept an eye on us. We won’t be able to finish the week of sailing, but we’ve been having a good time here,” he said of his first Airlie Beach Race Week.

Meanwhile, Stanley, a respected skiff and offshore sailor, was aboard Winston Churchill when it sank in the 1998 Sydney Hobart. He was later to be rescued from the remains of a life raft by helicopter.

Lehany and Stanley subsequently found a local sailmaker prepared to fix their spinnaker. “We’ll be back to race tomorrow,” Stanley said.

“We didn’t come this far to pull the pin. It’s just another episode in the fine tapestry of life,” he ended.

For his part, Barnett said: “I immediately notified race officials by radio and we stood by Billy the Kid and gave them blankets until they (officials) arrived to help. I had no idea it was Dennis and Steamer till we came ashore – a small world.”