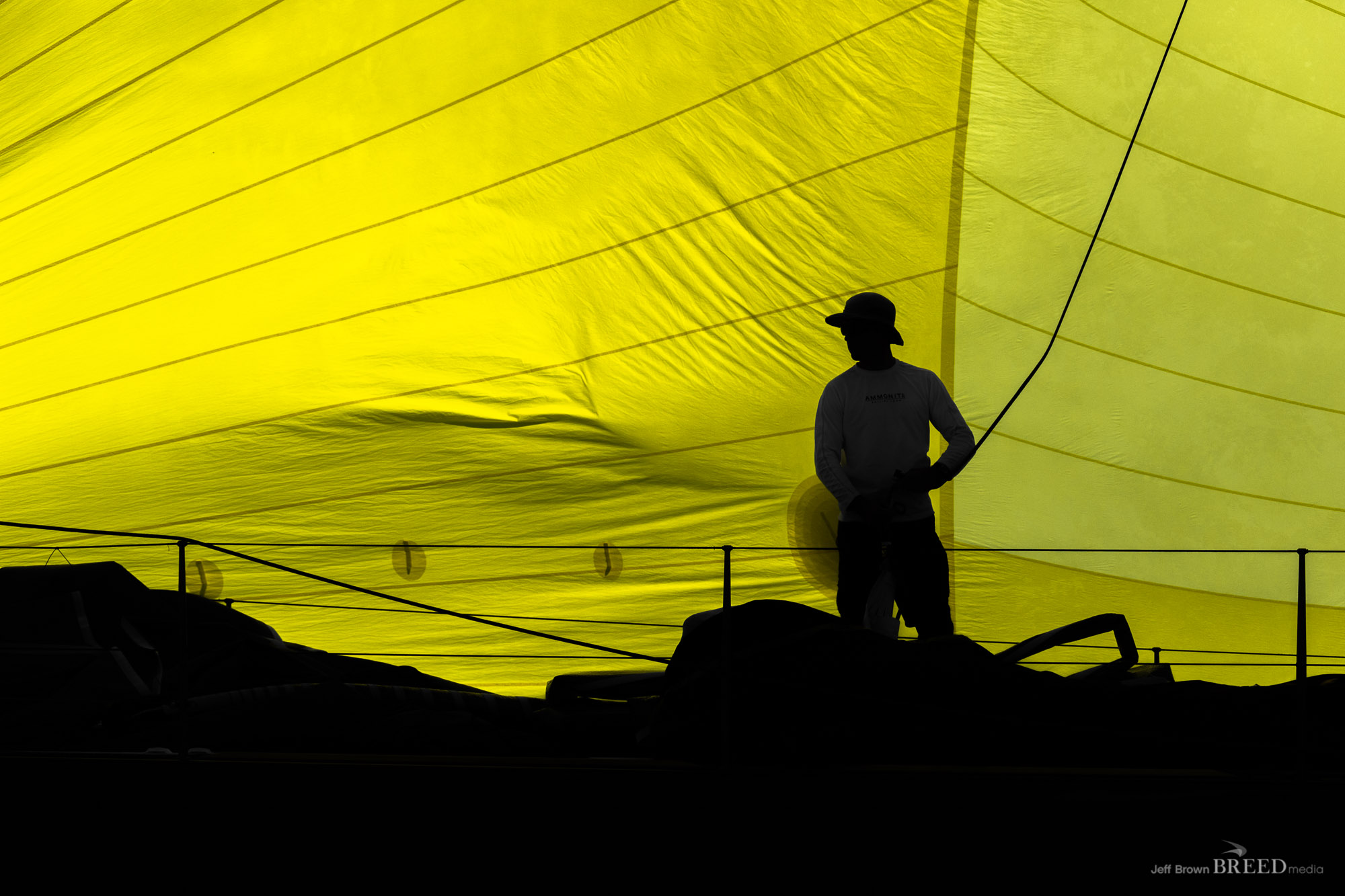 A bright, clear day over the Bay of Islands set the scene for a race day which changed the series standing of the NZ Millennium Cup 2018.

The third and fourth races of the 2018 NZ Millennium Cup showed the competition demonstrated on the first day of racing, with the addition of a series standing shake up.

The former America’s Cup principle race officer presented entries with three course options, ensuring the fierce racing of the day before could be continued in whichever conditions arrived, with both short and long options for the afternoon depending on the breeze. That breeze kept things interesting with a variable wind speed coming from north/north-east, with some holes spread across the course

For the first race of the day, Tawera and Sassafras started at the same time though on split tack – Sassafras on starboard at the committee boat end, with Tawera on port from the Pin end, having to dip Sassafras on an otherwise even start.

Sassafras upped the beat and won first crossing rights over Tawera. Behind them Enso had a well-timed start and the fleet, except Silvertip, all elected the right hand side at the start of leg one while Silvertip had a perfect start on the left hand side of the course, it didn’t pay the dividends she was looking for.

With a firm rivalry established on day one, Ammonite once again was able to pip Silvertip to the line, followed by Tawera, Janice of Wyoming, Tawera, Enso and Sassafras.

Race two was the longer course of the day and saw the fleet race from Tapeka Point to the Nine Pin, back to the Orams Marine mark then over to the finish line at Russell.

It was Tawera around the Nine Pin first, then Sassafras, Janice of Wyoming, Enso, Ammonite, and Silvertip, with all competitors taking a line as close to the Nine Pin as possible.

Turning for the Orams Marine mark, a luffing match began between Enso and Ammonite with Enso making it difficult for the Southern Wind-built yacht to pass. But pass she did, rounding the Orams Mark in fourth place with Enso one minute behind her and Silvertip following closely.

Tawera had held her lead from the Nine Pin and rounded the mark at the head of the fleet, followed by Sassafras two minutes behind her, and Janice of Wyoming three minutes behind the Royal Huisman.

Leaving the Orams Marine mark behind, Silvertip was flying, and passed Enso on the downwind leg to home. Defying the results of day one though, it was defending champ Tawera who took race four, followed by Janice of Wyoming, Sassafras, Enso, Ammonite and Silvertip.

That leaves the series standings with Ammonite leading and Silvertip hot on her tail, followed by a tied Janice of Wyoming and Tawera, with Enso and Sassafras behind them.