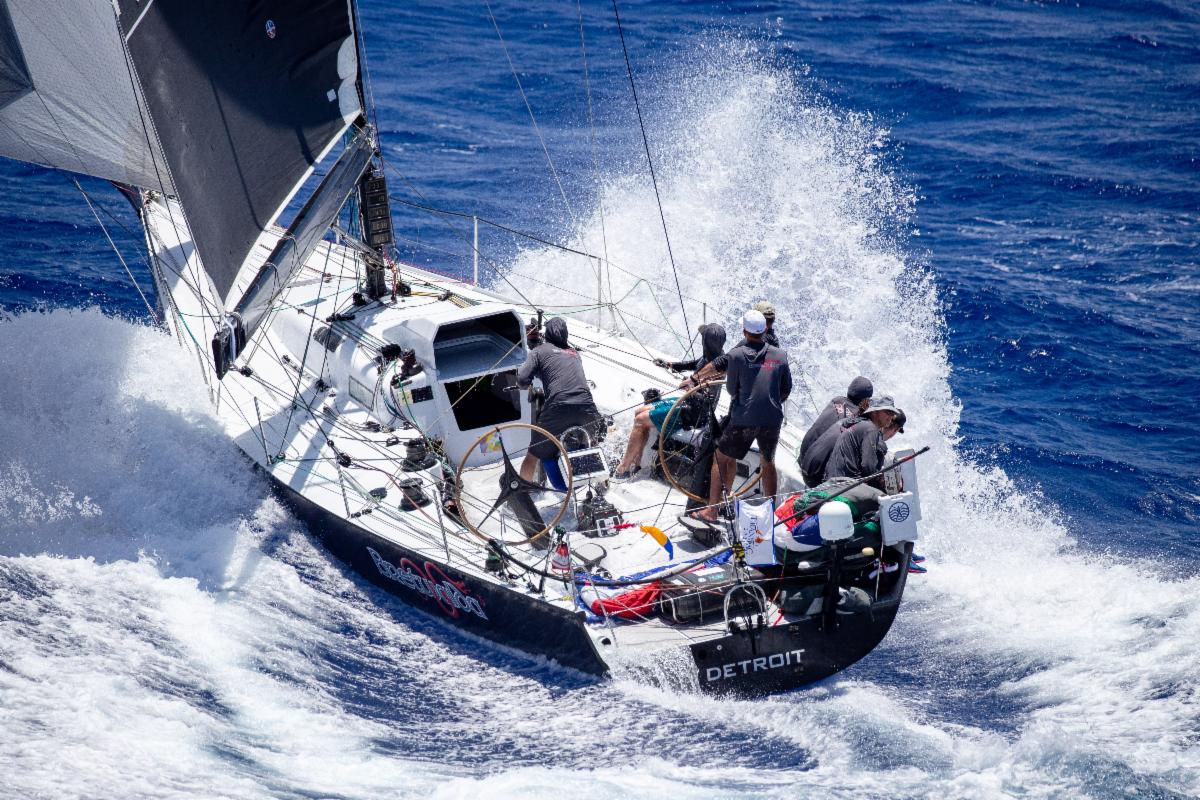 Transpacific Yacht Club recognised more than just the top sailors at the Transpac award ceremonies (there were several), but the unsung heroes of the race, including the navigators and most valued crew members.

TPYC acknowledges the historic importance of navigators in this race, so each winning team’s navigator was also presented with an award. And in recognition of how the weather may change between race start dates, awards were also given for corrected time excellence among several divisions in the same start date. For the groups who started on Friday, July 16th, the winner in corrected time of the Morgan Adams Memorial Trophy is Bretwalda3.

Three other awards were presented that represent outstanding achievement: the First to Finish Merlin Trophy awarded to Warrior Won who was the first to finish without use of non-manual power systems.

The King Kalakaua Trophy was also awarded to Warrior Won for being first to finish in corrected time, and a sentimental favourite, the Don Vaughn Trophy, given to the most valuable crew member on the overall winning team as voted by the crew.

This was awarded to Collin Leon, the boat captain on Warrior Won, for his outstanding work in organising the program – the boat, the crew and all the complex logistics for this US East Coast-based team – to help produce their outstanding results and an impressive trophy haul for one team.

“I’m humbled to accept this,” said a modest Leon. “This team was outstanding to work and sail with, and our skipper Chris [Sheehan] has throughout been a strong motivating force to inspire everyone to dig deep to get the very best.

“The Transpac is so special,” said Leon. “Even with a team that has been on some of the toughest races in the world, everyone loved this race.”

Next for Warrior Won is for Leon to disassemble the boat to ship to San Diego on Pasha Hawaii, where it will be trucked to Florida in anticipation of a winter season of training and racing starting in November, with a long-term tour expected of other ocean races around the planet.