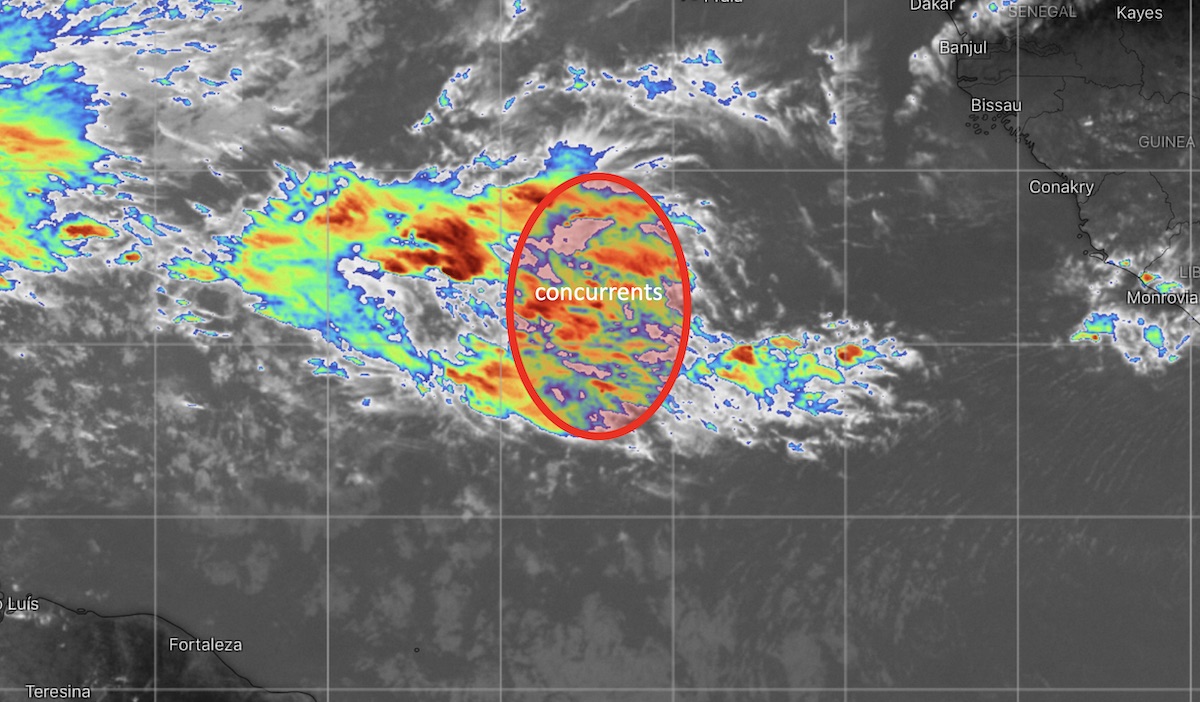 Following on from our weather analysis of the IMOCAS racing in the Transat Jacques Vabre, Christian Dumard today looks at how the boats coped with the Doldrums, the area of instability, which as is so often the case, was kind to some and cruel to others.

Charal pays the price of an unusual situation in the Doldrums

“Crossing the Doldrums often works out better to the west than to the east, but there are exceptions. 2019 was one of them. Charal (Jérémie Beyou/Christopher Pratt) which entered this area of unreliable winds and squalls has paid the price. Apivia (Charlie Dalin/Yann Eliès), which chose a route further was only stopped for a few hours and came out the other side with a lead of a hundred miles. The route to the finish should now be a long straight line with occasional squalls.”

The exit is close for those out to the east

Who will do best in the chasing group?

The Doldrums are very active to the west of 25 degrees. The wind is expected to be very variable with rain and many squalls. It will take a bit of luck, some clever observations and careful attention throughout to how the boat is trimmed for the skippers to succeed here.”

The fleet bunching up again?

“Campagne de France (Miranda Merron/Halvard Mabire), 4myPLanet (Alexia Barrier/Joan Mulloy), Pip Hare Ocean Racing (Pip Hare/Endt Ysbrand), Vers un Monde Sans Sida (Erik Nigon/Tolga Pamir) and Ariel 2 (Ari Huusela/Michael Fergusson) are expected to enter this area on Friday or Saturday and the Doldrums may be kinder to them in the coming days. We may see the fleet bunching up again.”

The picture shows the level of activity in the Doldrums. The temperature of the top of the clouds is measured by infra-red photography and then coloured. The closer the colour is to red, the higher the clouds. When clouds start to develop upwards in this region, it generally means a lot of activity with many squalls and areas of complete calm.