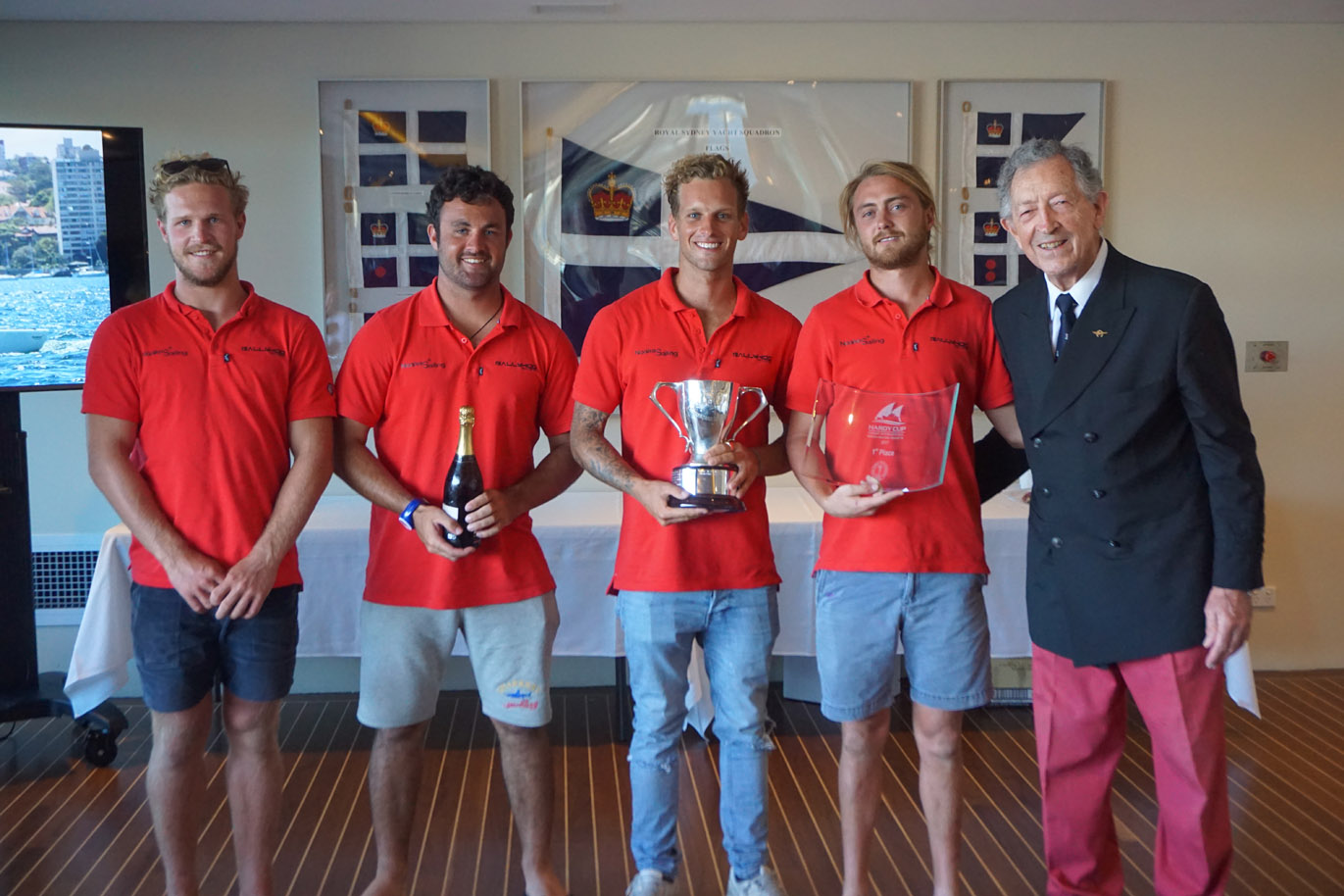 Some of the best Trans-Tasman youth match racing teams will traverse the continent to be part of two hotly contested Australian match racing regattas, one of those the Royal Sydney Yacht Squadron’s longstanding Hardy Cup Sydney International Match Racing Regatta.

Perth is hosting the Warren Jones International Youth Regatta January 29 to February 2 then a coast-to-coast flight later, some of those teams will arrive in Sydney to join the rest of the field preparing for the Hardy Cup, to be sailed February 4 – 8 on Sydney Harbour.

Twelve youth teams of aged 18 to 25 will represent two nations, three Australian states plus the Northern Territory and eight different yacht clubs in Australia and New Zealand at the Grade 3 Hardy Cup that the RSYS first hosted back in 2001.

America’s Cup and Olympic sailor Sir James Hardy put his name to the prestigious trophy at the outset and he’s still Patron, saying “It is a tremendous pleasure to watch Australia’s future champions developing their skills on Sydney Harbour.”

George Anyon from the RNZYS placed fourth at the 2017 Warren Jones and the world ranked number 14 is now in Perth with his team endeavouring to better that result. His crew will start the Hardy Cup as favourites.

The Cruising Yacht Club of Australia’s Tom Grimes, helm of the CYCA’s 2017 Sharp Australian Youth Match Racing Championship winning team, is another high-ranking skipper expected to be among the finalists.

Clare Costanzo is one of three female skippers, two of those from the Royal Prince Alfred Yacht Club’s Youth Development program, including her younger sister Juliet who is following in her match racing wake.

For all information on the Hardy Cup: www.rsys.com.au/sailing/hardy-cup