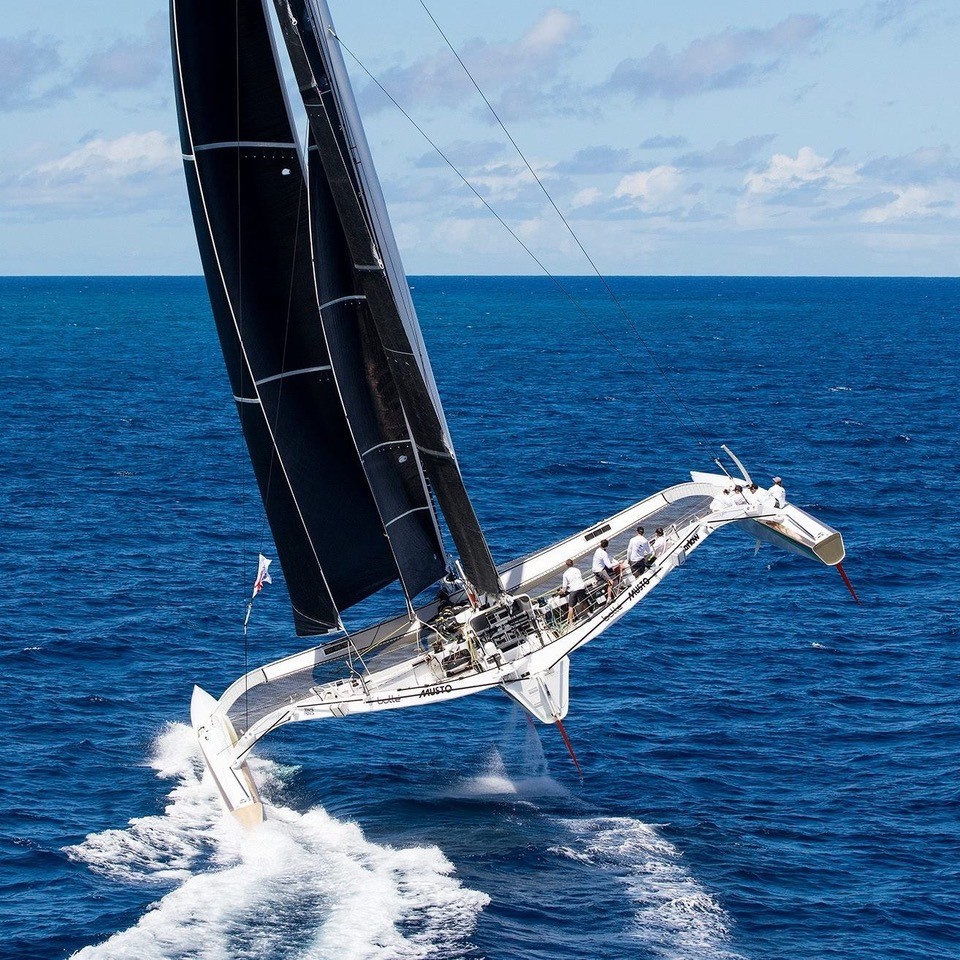 In the multihull division there is only one contender – Karl Kwok’s high-speed MOD70 Beau Geste, competing under the Royal Hong Kong Yacht Club burgee.

All teams are eager to set off, given the promise of idyllic trade wind sailing.

Meteorologist for RQYS, Manfred Greitschus, says crews can expect good breeze virtually the entire race. “The high pressure system coming across South Australia is establishing a good south-east trade flow across Queensland. For the start on Friday late morning I expect a dying land breeze then 10-15 knots SE increasing to 15-20 coming up to the Sunshine Coast and all the way to Rockhampton. There could be more breeze for the Rocky to Hamilton Island leg.

“There may be some instability Friday and Saturday due to the upper trough. I’m not expecting much in terms of swell, and the current pattern appears lighter than for previous Brisbane to Keppel races,” Greitschus added.

Newly installed RQYS Commodore Barry Cuneo says the final fleet figure is more than the club banked on for the first year. He was one of the club members instrumental in bringing the bluewater event to fruition, inspired by feedback from the ultra-competitive Sydney race fleet. “They told me the Brisbane to Keppel and Brisbane to Gladstone races had become too short, given the increase in average waterline length and speed of the active offshore fleet. For them, half of those races are spent in channels. They sail all that way from Sydney to sail in a bay, followed by a short run up the coast, then back into another bay.

“Now we can offer a decent length race for those who want good offshore miles, and can block out the time. By piggybacking off the Gold Coast Race we are feeding directly into Airlie Beach and Hamilton Island race weeks, and by making it a race instead of a delivery we are cutting the time it takes to get to the Whitsundays down to an average five or six days.”

Drawing from the recent success of his TP52 Envy Scooters, Cuneo comes to the event as a strong contender for a coveted IRC place. His top team took home the ultimate IRC handicap prize in both the April Brisbane to Gladstone Race and this week’s Noakes Sydney Gold Coast Yacht Race, and when the starting signal sounds this Friday, Envy Scooters will begin a shot at the triple from the four major events making up their 2019 offshore calendar.

Given the Lendlease race forecast, the TP52s are again favoured to dominate the corrected time standings, like they did in the running/reaching conditions of the Sydney Gold Coast race’s first 36 hours. Second and third in that event, Matt Allen’s Ichi Ban and Sam Haynes’ Celestial, are among the 18 starters.

There will be a mandatory race briefing Thursday 1 August 2019 at 1830hrs in the RQYS Flags Functions Room. The 1100hrs start will be live streamed via the RQYS and Adventures of a Sailor Girl Facebook pages. Bolstering the Moreton Bay start line on August 2 will be yachts contesting RQYS’s 13th Club Marine Brisbane to Keppel Yacht Race.

The final fleet for the first-ever Lendlease race to Hamilton Island represents Queensland, New South Wales, Victoria and Hong Kong. Sailing Instructions are available here and the fleet can be tracked here.