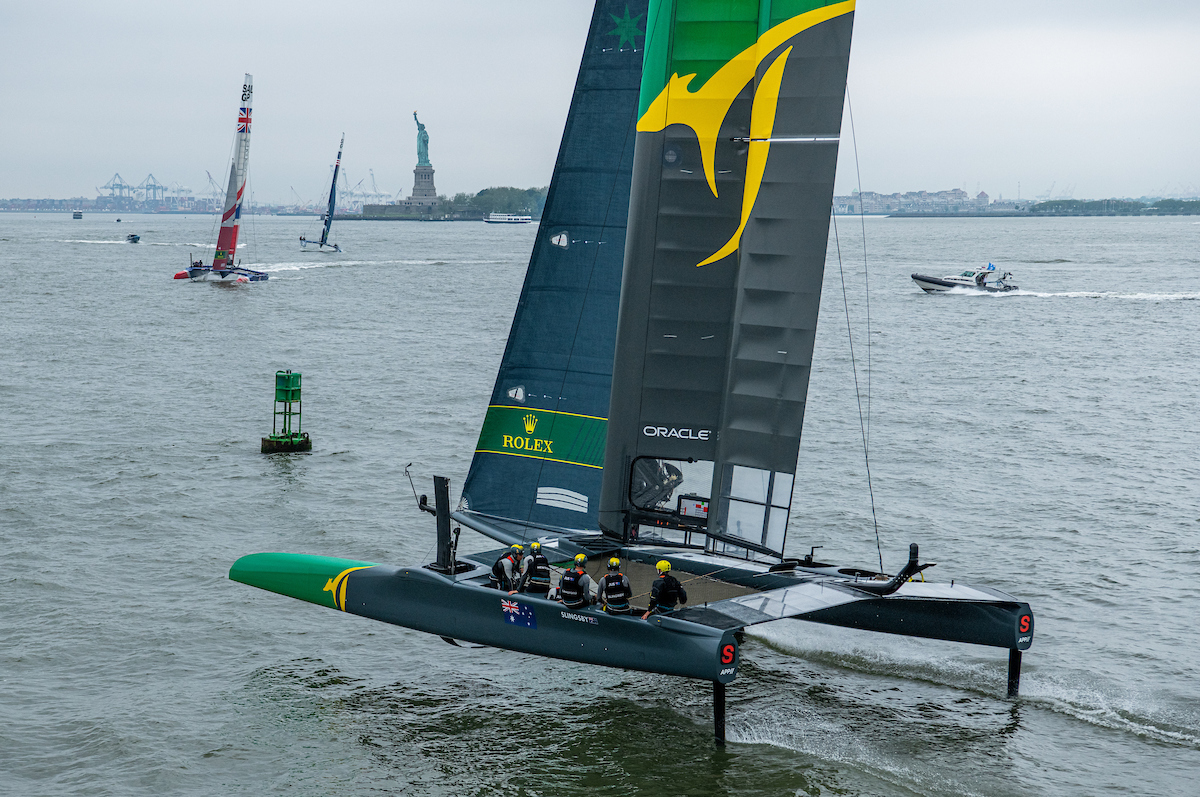 SYDNEY – August 2, 2019  –  The Australia SailGP Team, led by skipper Tom Slingsby, will be gunning for victory as they make their debut on European waters at the fourth SailGP event in Cowes in just over one weeks time.

Australia will face off against five teams from Japan, China, France, Great Britain and the USA in identical supercharged F50 catamarans, which can reach speeds of up to 100km an hour (50 knots).  The event will take place off Egypt Point in Cowes, on the 10th and 11th of August (11-12 August AEST).

After two two impressive wins at the Sydney and San Francisco events and one disappointing loss to team Japan at SailGP New York, the Australia team have their sights set on redemption in Cowes, to guarantee their spot in the $1 million dollar winner-takes-all final match race in September at Marseille.

With the competition still wide open and two events remaining, Cowes SailGP will be an important milestone for Australia. The rivalry between the six national teams will be strong, but at the top of the fleet the fight between Australia and Japan looks set to thrill spectators with only one point separating the two teams from the top position on the leaderboard.

The Australia team have taken lessons from their loss to Japan in the final match race in New York with Skipper Tom Slingsby saying,  “I’ve learnt that you have to keep your foot on the accelerator when it comes to how we sail these boats. We got complacent after the two events and I think that we didn’t maximise the crew playbook on the boat. We have had a lot of discussions on what went wrong in New York and what we can do to ensure that we give ourselves the best chance of winning.

“We’re heading into Cowes with the intention of winning and we also want to use the event to prepare for Marseille, the final event of the year where the title will be decided. We will have a winner and a loser at the end of this series and we need to give ourselves the best shot at winning,” says Slingsby.

Sailing fans based in the UK will have free access to the Cowes SailGP Race Village, offering a seafront view and live commentary of all of the races. Fans based in Australia can also watch all of the action of SailGP Cowes on the SailGP app and live on official broadcasters Fox Sports and Kayo Sports.