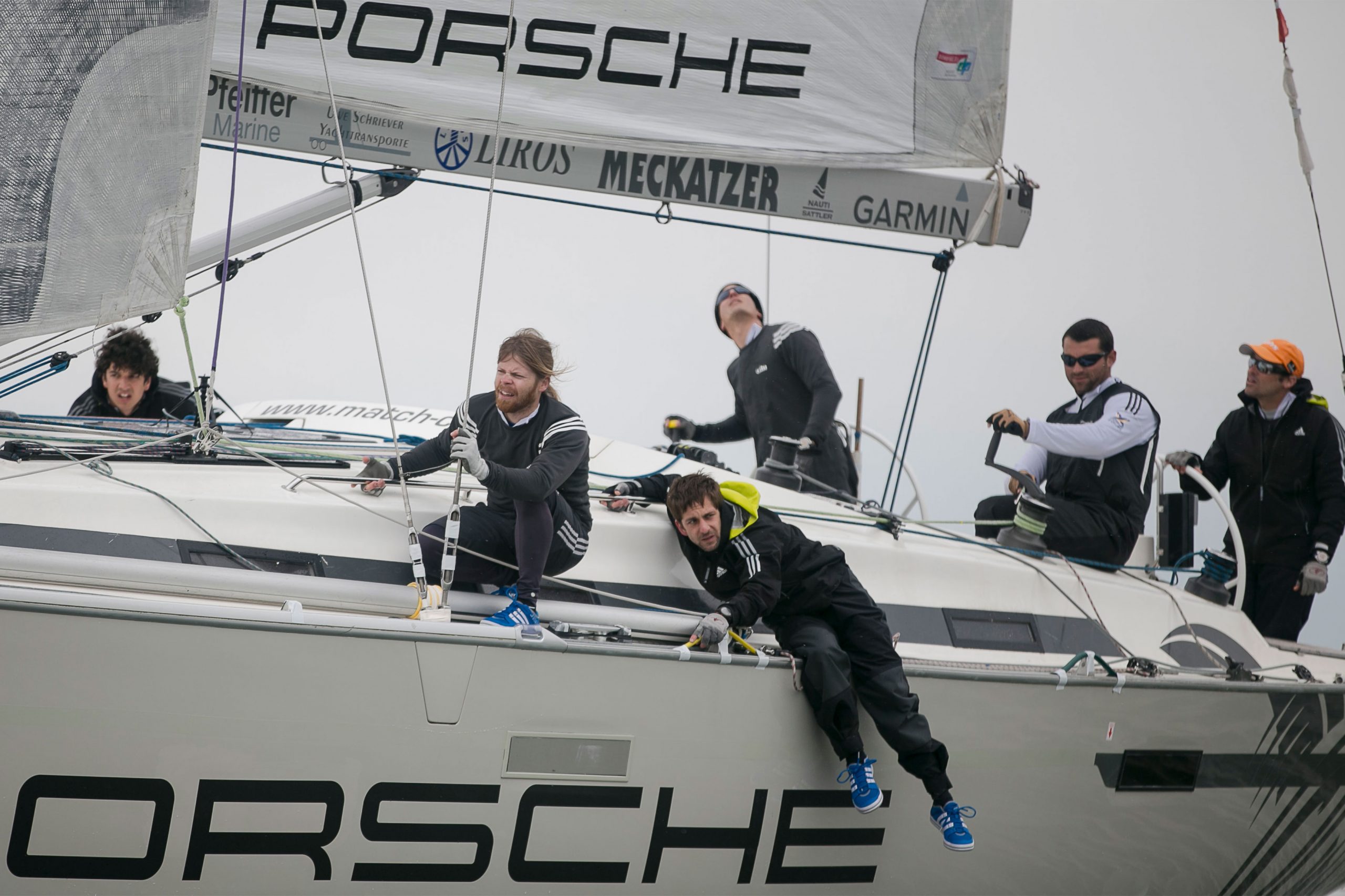 Langenargen, Germany (21st May 2015): Day 1 of Qualifying was met with a slow start today on the shores of Lake Constance for the opening day of Match Race Germany, the second World Championship stage of the 2015/16 World Match Racing Tour. After a patient wait during the morning, a light South Westerly filled in across the lake allowing the first four of twenty two Qualifying Flights to be completed.

Fresh off the plane from Long Beach, California after competing in the Congressional Cup last week, Eric Monnin (SUI), known for his skills in light air conditions, led the charge with a confident 3-0 scoreline.

“Overall we were happy with our performance as our boat-handling, tactics and boat-speed were good,” commented Monnin. “However our starts were bad, losing all three. Thankfully in each match we were able to overtake around the course. The key to today was calling the pressure and making sure you were first to get into it.”

Also finding themselves having to adapt quickly to the shifty lake conditions were fellow Tour Card skippers Joachim Aschenbrenner (DEN) and Reuben Corbett (NZL). Both skippers won their opening matches before the wind abated.

‘It was a slow start with just one race but that was fine as last night I was not feeling well and didn’t get much sleep,” said Aschenbrenner, likely still feeling some of jet lag after the long flight from the US. “ But luckily I had the morning to rest. We’re looking forward to more racing and hope the sun and wind arrive soon!’

The 18th edition of Match Race Germany is run over the Pentecostal weekend, a public holiday in Germany, attracting over 30,000 visitors to the picturesque lakeside town to soak up the atmosphere and join in the festivities. Sponsor displays, retail outlets, food stands and family activities line surround event village with expert commentary from ZDF's Nils Kaben reporting on the racing.

Racing continues tomorrow 22nd May at 0900 with Qualifying Session 2, with the top eight skippers advancing to the Quarter Final. The Semi Final and Final rounds will take place over 24th and 25th May.