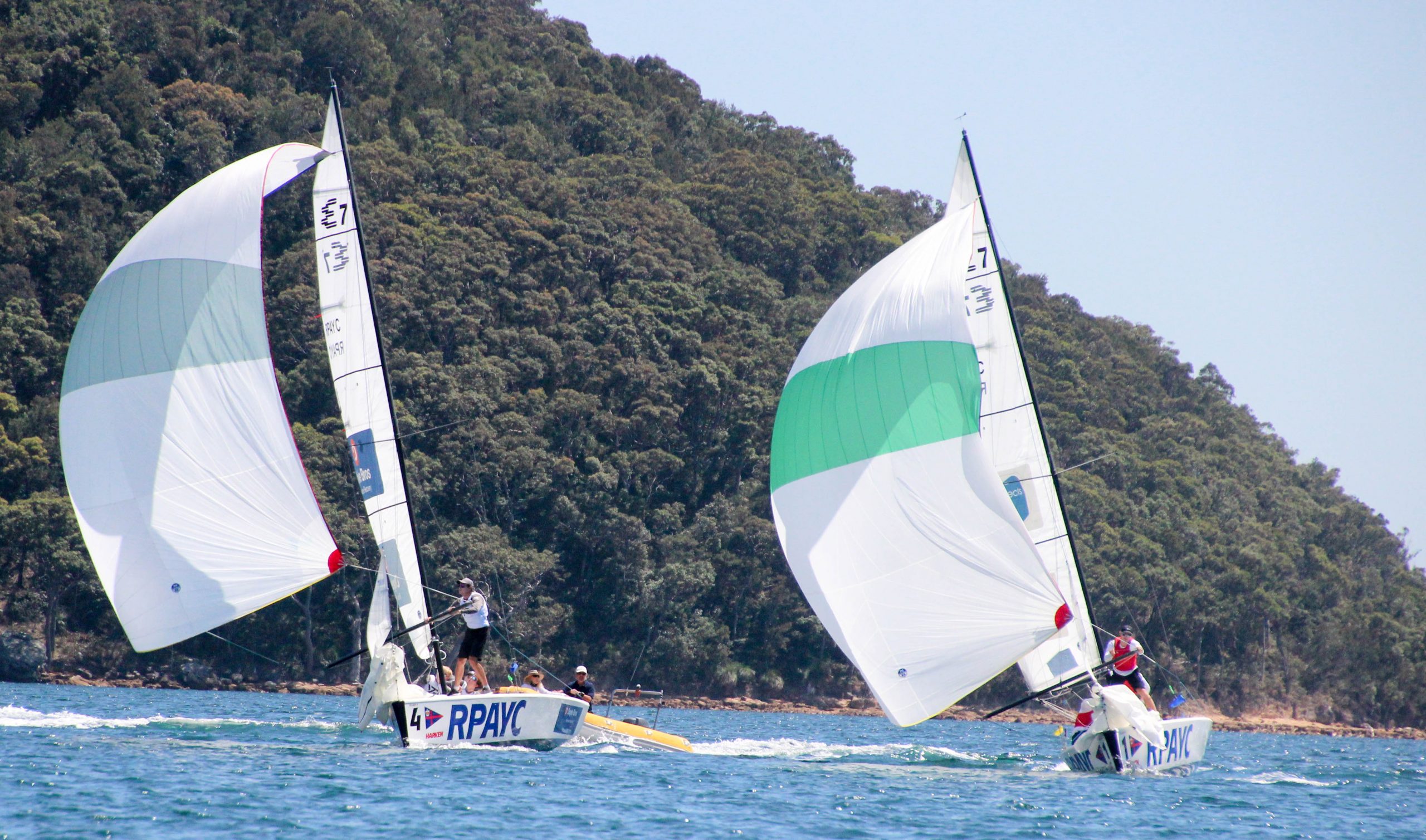 Following another day of perfect match racing conditions, the round robin has been completed and the top 8 quarter finalists for the 25th Harken International Youth Match Racing Regatta have been determined.

Race Officer, Ted Anderson, has made the most of the building north easterly breeze to complete the round robin and start the quarter finals ahead of the weekend.

Today there was a jump in competitor confidence and boat handling skills as teams settled in to the RPAYC’s fleet of Elliott 7’s. Breeze patterns typical for sailing on Pittwater, were often unpredictable.

First placed skipper, Leonard Takahashi and his Pacific Racing Team from Japan, had a strong round robin with 10 wins and 1 loss. Takahashi’s only loss was to second ranked skipper, Finn Tapper from the Cruising Yacht Club of Australia who has finished the round robin on 9 wins and 2 losses.

Close behind Tapper in third place is James Wilson from the Royal New Zealand Yacht Squadron’s Youth Training Program on 8 wins. RNZYS coach, Reuben Corbett, who is also coaching Takahashi and his Pacific Racing Team, commented “I hope both my teams finish on the podium. It’s great to see them on track at the end of the round robin.”

Takahashi noted that he’s feeling confident going into the quarters against chosen skipper Callum Radford from the RPNYC, New Zealand.

“We have had some beautiful racing in outstanding conditions. I myself put the team in some sticky situations but my team kept the boat going fast and we were always able to pull the opponent back, so full hats off to the boys for their help.

“We have a few things to work on, but for now, we’re happy and looking forward to the next few days ahead.”

With a similar forecast again for tomorrow it is likely that quarter finals will be completed with time for the semi-finals and finals on Sunday. Places ninth to 12th will sail a consolation round robin, carrying points from stage one forward.

Finals will be held on Sunday.