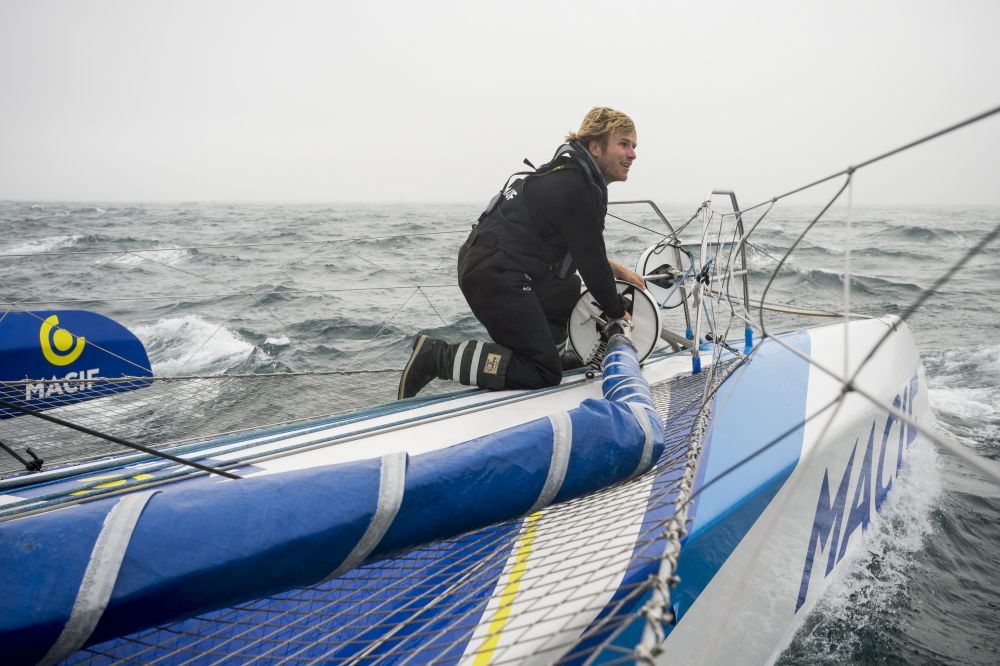 François Gabart, who left Ouessant on Saturday 4 November at 10:05 (UTC+1), continues to set the pace in this attempt at the single-handed round the world record. Sailing at an average of 30 knots since Tuesday night, ahead of a large low pressure system typical of the South Seas, the skipper of the MACIF trimaran crossed the longitude of Cape Leeuwin, second of the three capes of this round the world, after the Cape of Good Hope and before Cape Horn, on Friday at 00:15 (UTC+1).

Similar to when he entered on the Indian ocean, François Gabart has set a new reference time single-handed between Ouessant and Leeuwin, located to the southwest of Australia, in 19 days, 14 hours and 10 minutes, at an average speed of 26.5 knots. He has therefore improved the time achieved a year ago by Thomas Coville on board Sodebo, the current holder of the single-handed round the world record, by 1 day 12 hours and 59 minutes. MACIF’s next goal in sight: Tasmania, at the south-eastern tip of Australia, which marks the point where she leaves the Indian Ocean and enters the Pacific Ocean.

Follow François Gabart’s record attempt on the MACIF trimaran on the tracker: http://bit.ly/MACIF-CARTO-TDM