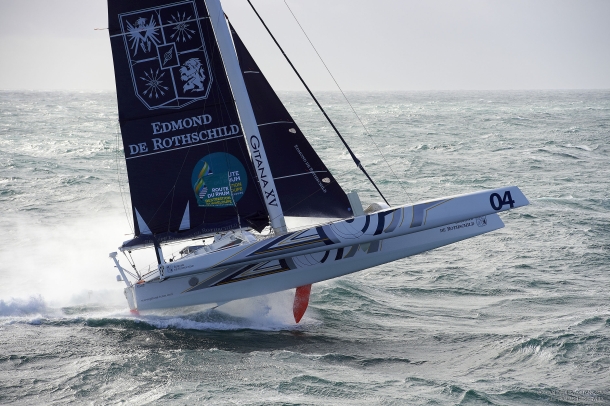 Tom Slingsby, the 2012 Olympic Laser champion and winner of the America's Cup as strategist aboard Oracle Team USA in 2013, has declared he is devoting the next year of his life to getting an Australian America's Cup team together.

Rating the chances as “better than 50%”, Slingsby has rented a property in Sydney and is working with two others to approach potential backers of a team. “There are a few people I'd love to start a team with. There's nothing concrete at this stage but we're opproaching potential backers.”

Although, like most people, he would have preferred more detail about the AC75 Class that was announced by defenders Team New Zealand this morning, Slingsby said, “In all honesty there's enough information (in the protocol) to allow you to start getting a budget together.

“I'm pretty sure it (the AC75) will be foiling. Maybe not upwind but certainly downwind in certain wind strengths. We know roughly the size of the crews needed, but that's not our problem.

“Here in Australia we've got enough interest, we've got the sailors, the boat builders, the shore crew, the managers. It's just a question of rasing the money and getting the right team together.

“Now's the time to do it. I've got a couple more (Cup campaigns) left in me. I'd like my legacy to be an Australian team that's campaigning long after I'm gone.”