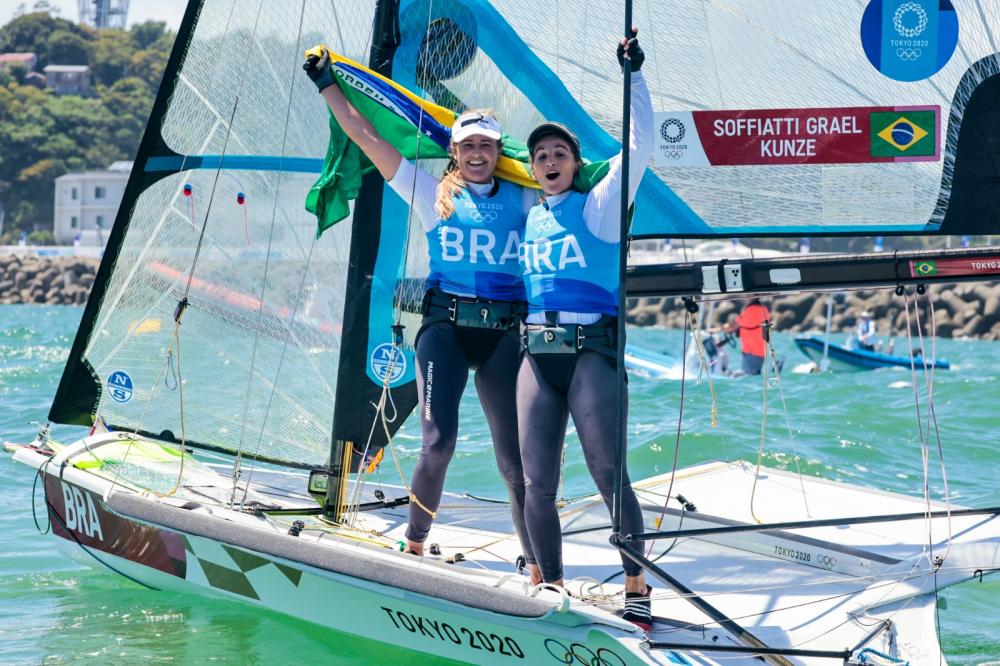 Brazil were struggling for a lane out of the start but found a gap at the committee boat in the last 10 seconds and tacked out to the right on a lonely path while the other nine boats carried on towards the left.

First around the first mark was Argentina, Norway in second with Brazil in third and the Netherlands in fifth – advantage Brazil.

On the first downwind leg, the Netherlands were fighting with Germany and Spain for the silver and bronze but Annemiek Bekkering and Annette Duetz (NED) got stuck on the outside of a slow mark rounding at the leeward gate, held up the French team. The Dutch were now at the back, in 10th and out of the medals.

However up the final windward leg the Dutch pulled back two critical places, enough to get them ahead of Tamara Echegoyen and Paula Barcelo (ESP) for the bronze medal.

Victoria Travasco and Maria Sol (ARG) won the Medal Race by a long distance from Norway. But a third across the finish was sufficient for Brazil to win the gold medal. Grael and Kunze have successfully defended the Olympic title they won at Rio 2016.