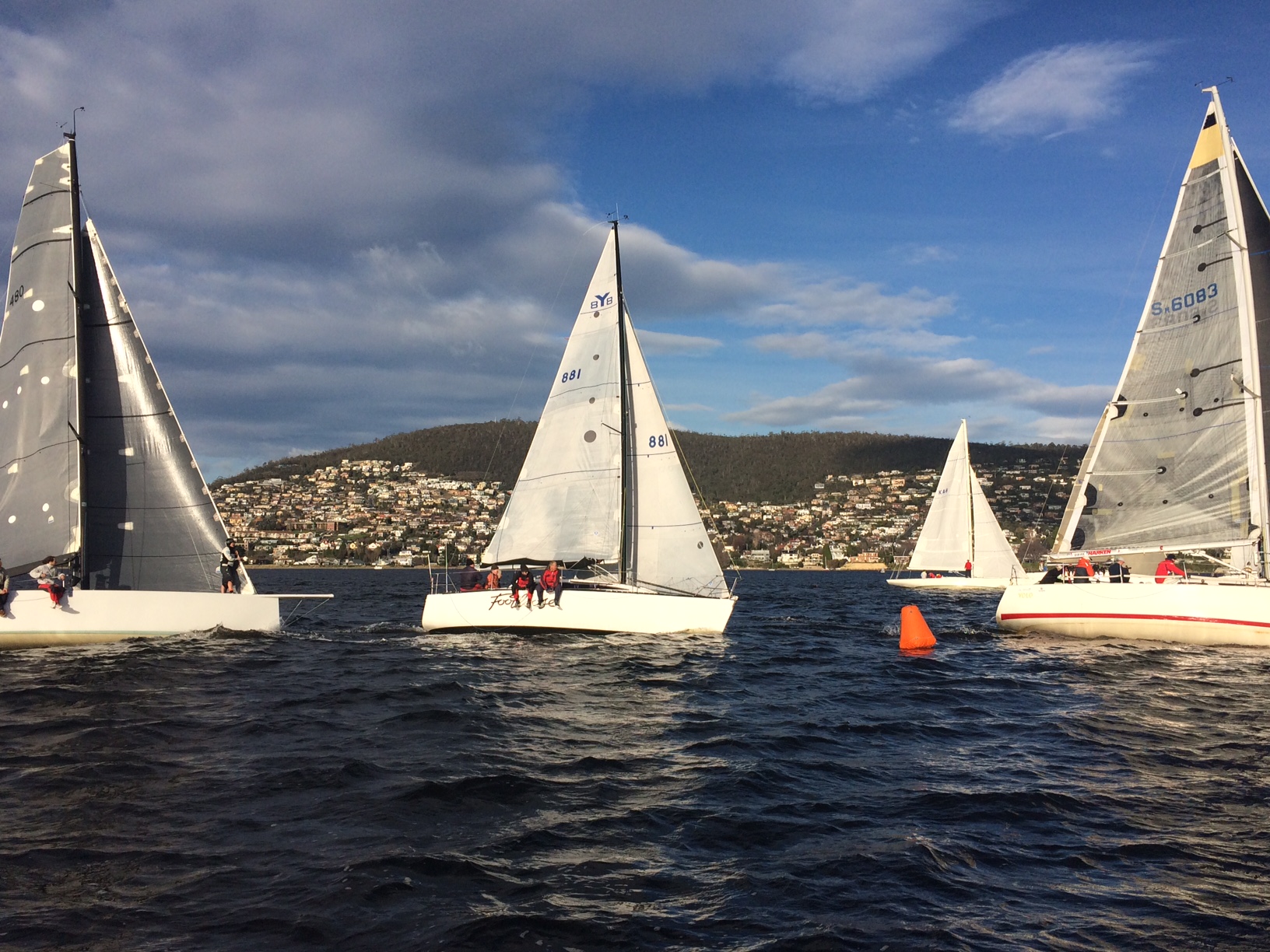 Prominent businessman and yachtsman Graeme Wood is based in Sydney,  but is a frequent visitor to Tasmania,  both for business and to enjoy sailing on Hobart’s River Derwent..

On Sunday morning,  Wood went sailing on River Derwent, steering his Hobart-based 47-footer Wot’s Next to its third race win in the Royal Yacht Club of Tasmania/James Boag Winter Series.

There were big winners and big losers on the river,  with a light and flukey NNW breeze that faded away at the bottom end of the course.

Wot's Next was a big winner, using her sail power to pull out of the light patches and win Division 2 outright from Shere Khan (Phil Watkins) and Tas Paints (Ian Stewart).

Wot’s Next is a Sydney 47CR and is one of three keelboats (the others are classic 8-metre yachts) and four SB20 sports boats which Graeme Wood and Anna Cerneaz have gifted for use by Athena Sailing,  a structured training organisation based at the RYCT for new, returning and experienced women sailors.

The win by Wot’s Next lifted the yacht to first place on the RYCT’s Winter Series after four races.  Wot’s Next missed race two,  but the wins in the other three races have given her 12 points, two points clear of Stewart Geeves Young 88, Footloose.  One point astern is Steve Chau’s Young Lion, also a Young 88.

A big loser was Nigel Johnston's Ingenue in Division 3,  beaten for the first time this winter after sitting in a windless hole near the leeward mark.  She finished last in fleet and on handicap.

Despite Sunday’s ‘bad hair day’,  Ingenue score of 1-1-1-5 gives her a total of 8 points, a one point lead from Serenity on 9 points.  Kindred Spirit is third overall on 14 points.

Both Cooper and Reid and their crews are in their final weeks of training before heading to Portugal to contest the Pre-Worlds and the World Championships for the SB20 class.

Both teams sailed impressively in the 2015 World Championships on Italy’s Lake Garda.

Going into the RYCT’s fifth and final Winter Series race on Sunday, 28 August, Big Ted (Tom Stearnes and Alice Grubb) lead the pointscore with 11 points.  Export Roo in second on 13 points with Mind Games third in standings on 16 points.