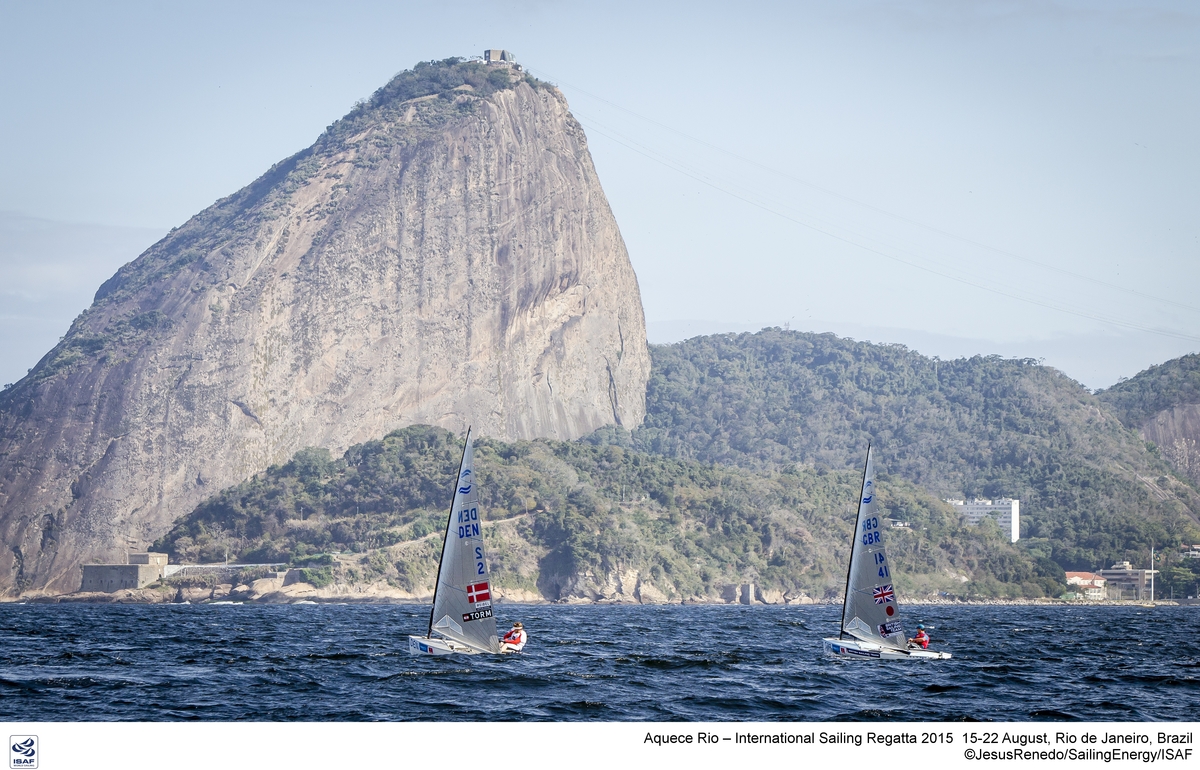 The Finn class started their Olympic regatta today on the course that will be used for the medal races and none of the sailors was at all complimentary about it. It sits directly underneath Sugarloaf Mountain which ceates big problems.

London 2012 Silver medallist Jonas Hogh-Christensen summed up the thoughts of most sailors when he called it “a mockery of sport” that should never have been sailed.

Australia's Jake Lilley finished with a 16th and a UFD to be in 16th overall. He explained: “It's really difficult when there's a south or south-west component (in the wind). It gets chopped up by the Sugarloaf so you get a lot of up and down in pressure.”

Pre-race favourite Giles Scott concurred. “The Sugarloaf course is notoriously difficult. The breeze comes straight down. Scott scored a 17th in the first race but improved to third in the next. “I got off the startline better which meant I could have my head out of the boat and make my own decisions instead of having them made for me.”

Both sailors said the bad start wasn't ideal but both were adamant they can come back from it. “I'm not massively happy with the way the day's been, but there's plenty of sailing left,” said Scott.

Five sailors scored single figure results in both races, but none of them were among the pre-race favourites. Vasilij Zbogar (SLO) had a third and a first to lead with four points. He is followed by Alican Kaynar (TUR) on seven points, three ahead of Facundo Bazan (ARG) and Jorge Zarif (BRA).

Hogh-Christensen was the first of the pre-event medal favourites, in sixth place, while Scott is 10th, Frenchman Jonathan Lobert is 12th and the unlucky Dutchman, PJ Postma, is 15th. Jake lilley lies in 19th in the 23 man fleet.

There is only one drop in the 10 race qualifying series, so those in the bottom half of the table need to sail conservatively to avoid another high score.

Full results are available at http://www.sailing.org/olympics/rio2016/results/