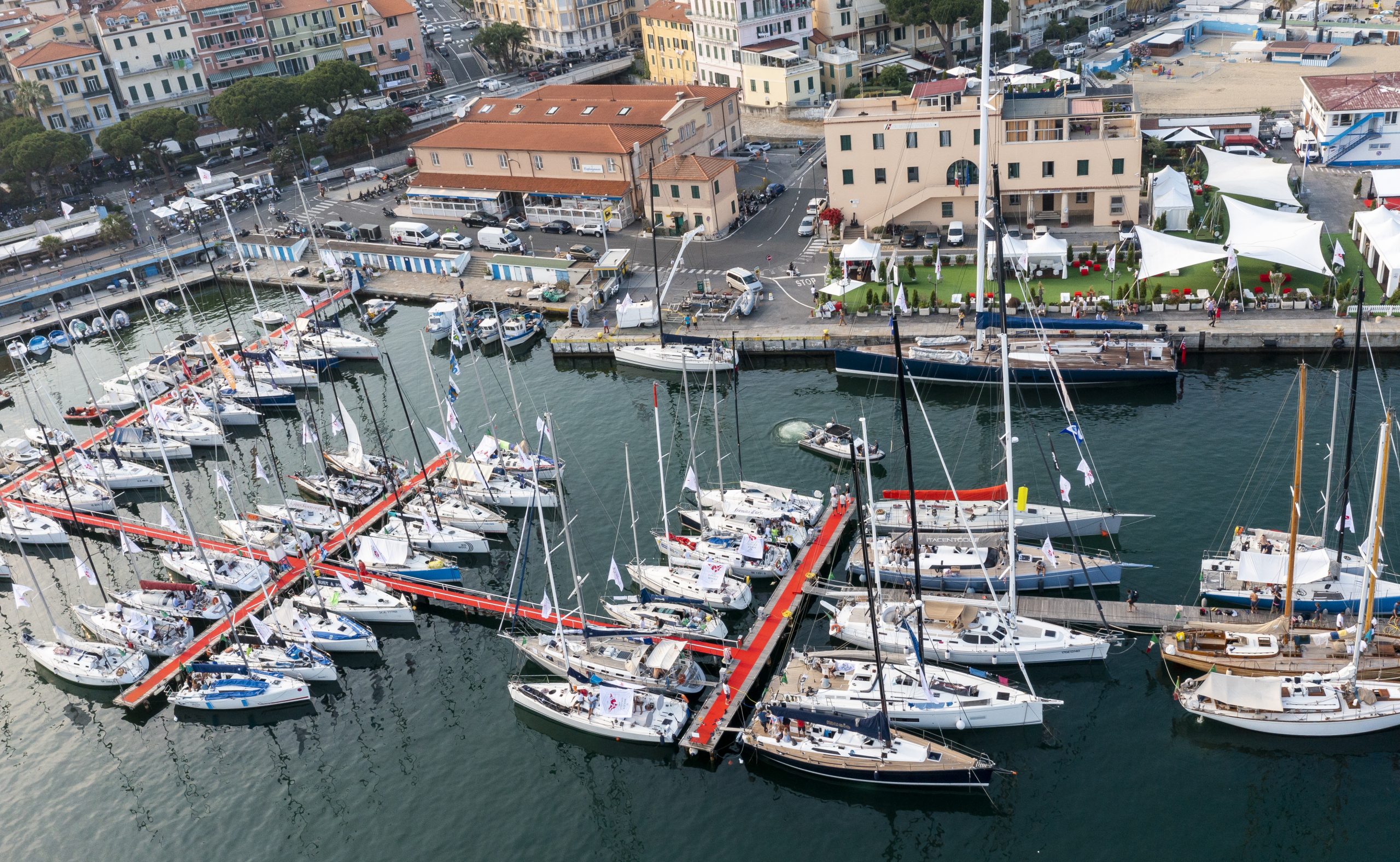 Due to the pandemic, the event’s organiser, Yacht Club Italiano, has been forced for the first time to keep the start and finish within Italy. As a result, the start will be from Sanremo, the course heading for a mark at Cala del Forte off Ventimiglia, then into French waters to a turning mark off the Rade d’Agay (east of Frejus/Saint-Raphaël).

From there, the normal course resumes heading to the Giraglia Rock off northern Corsica and on to the finish off Genoa.

This is not the first time Sanremo has hosted the Giraglia Race previously. Over the years it has been both a start and a finish port. Despite the change of course, its length will remain 241 miles, the same as the original scheduled course from Saint-Tropez to Genoa.

“Owners are pushing their crews to go sailing – I am happy to see that and that we have six IMA members here. It is a fantastic emotion to be back after nearly two seasons that have been almost completely cancelled.”

As to the Rolex Giraglia, de Froidmont added: “It is one of the most attractive races in the Mediterranean. It was sad not to have the inshore racing in Saint-Tropez, but instead there is an offshore mark just beyond Cannes. It can be quite light breeze at this time of year so the start might be a little complicated, but the forecast has improved.”

As usual de Froidmont will be campaigning his Wally 60 Wallyño, aboard which he became the first winner of the IMA’s Mediterranean Maxi Inshore Challenge (MMIC) in 2019. Wallyño is freshly out of refit with a new deck, upgraded hydraulics and some new sails.

However, de Froidmont will once again face stiff competition from Jean-Pierre Barjon’s Swan 601 Lorina, which she narrowly beat to the MMIC title two years ago. Then there is the ever-improving Reichel/Pugh 60 Wild Joe, owned by Hungarian Márton Józsa. The Mills Vismara 72s, Leaps & Bound, owned by Jean-Philippe Blanpain and Luigi Sala’s Yoru will also be there.

At the opposite end of the maxi yacht spectrum there will be a three-way fight between the 100 footers. A campaign that has seen the most success in the Rolex Giraglia ever is Magic Carpet of Sir Lindsay Owen-Jones, a two-time line honours winner and one-time overall winner (in 2015). His Magic Carpet Cubed is entered once again this year, the blue Wallycento’s first regatta in 20 months, although it has been used for cruising and day trips.

According to the captain of Magic Carpet Cubed, Danny Gallichan, until now they have steered clear of events. However, “the Yacht Club Italiano has done a good job organising this one. They have the government behind them so there was a lot of paperwork and there was a lot of testing for the crew,” he said.

As to this year’s course Gallichan predicts: “Tomorrow looks like it will be light downwind to the Rade d’Agay and then across upwind to the Rock in not too much breeze, then round the Rock and reaching away into the usual hole off Genoa.”

He believes they will take just over 24 hours to complete the course but given the forecast it could be faster or slower.

Up against Magic Carpet Cubed will be the line honours favourite, the Trieste-based grand prix maxi, Arca SGR, campaigned by Furio Benussi and his Fast and Furio Sailing Team. Also, there is the Farr 100 Leopard, now campaigned by Dutch internet entrepreneur, Joost Schuijff.

Leopard has done well to squeeze in regattas wherever possible during the pandemic, including last autumn’s Les Voiles de Saint-Tropez and the recent Loro Piana Superyacht Regatta in Porto Cervo.

Her crew includes many of the original crew that raced on board under original owner Mike Slade, including skipper Chris Sherlock. Leopard has only competed in the Rolex Giraglia once before, when she was chartered to American Jim Swartz in 2018.

“I think it is an interesting course,” said Leopard’s tactician, Australian double Olympic medallist, Mitch Booth, of this year’s race.

“It will be challenging and of course it is different, but the length is the same, so I think it will be similar.” This afternoon her navigator Hugh Agnew was predicting a race time of 28 hours. “There are a few pot holes in the road,” Booth agreed.

One of the surprise stories is that of new IMA member, Carlo Alberini, who is running a full-on maxi campaign aboard the Davidson 69 Pendragon VI.

Over the last 20 years, Alberini has been a major competitor in one design keelboat fleets like the Mumm 30, Farr 40 (Calvi Network), Melges 32, and most recently the J/70.

“I decided two years ago that my time racing one designs was over, because I have been doing it for more than 20 years. I decided to delete the ‘J’ in front of ’70’ and buy a 70 instead!”

Most surprising, given his prolific sailing background, is that this Rolex Giraglia will be Alberini’s first. “Over many years there was always another competition going on at the same time,” he admits. “I have done offshore races before like the Rolex Middle Sea Race, but not this.”

As to his prospects, Alberini says this depends on the weather and this appears to be evolving.

“Yesterday there was a forecast for strong wind. This boat is not good for upwind – it is better downwind. Today the forecast has changed, but that is the Mediterranean! There will be sometimes when it will be totally calm, so I have no idea how long it will take.” Perhaps a mantra for this year’s race.

The maxis will be the first class away tomorrow from Sanremo at 1200 CEST.