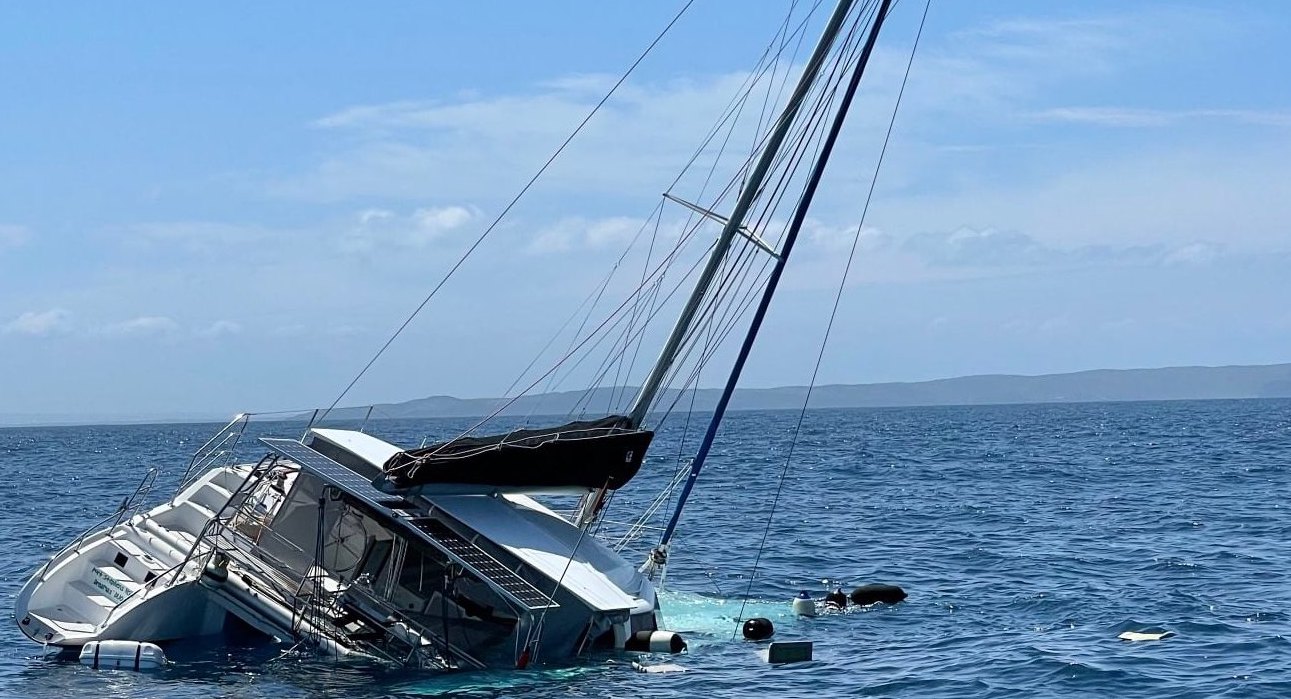 The three people were sailing aboard their catamaran when they hit a sunfish. Pic - Marine Rescue Ulladulla, Rawpixel, Oatsy40

A dramatic rescue at sea has seen three people saved after their 11-metre catamaran began taking water after hitting a sunfish 13 nautical miles off Green Island near Ulladulla on Monday afternoon, November 30.

The three people on board were travelling to Bermagui in the catamaran they had bought just days earlier.

They sent out a mayday and activated their EPIRB just before 1pm, before climbing into two dinghies and awaiting rescue.

For the full story, see: https://www.powerfmbegabay.com.au/news/110567-three-rescued-at-sea-after-yacht-hit-sunfish