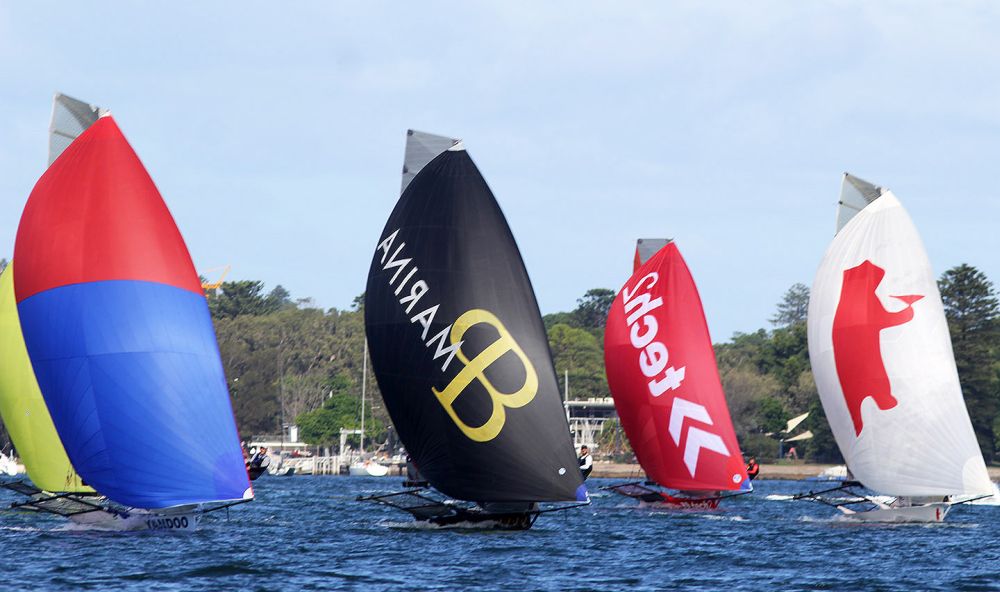 In the first race of the day (Race 3 of the championship) Shaw and Partners Financial Services (James Dorron, Harry Bethwaite, Tim Westwood) led all the way over the two-lap course to cross the finish line 13s ahead of Finport Finance (Keagan York, Matt Stenta, Angus Williams).

Race 4 was sailed over three laps and again it produced an all the way winner, Bird & Bear (Tom Clout, John Walter, Cameron McDonald).

Bird & Bear dominated the first two laps of the course then hung on to defeat Honda Marine by 40s, with Yandoo (John Winning, Mike Kennedy, Fand Warren) a further 1m52s back in third place.

Races 6 and 7 of the championship will be sailed tomorrow.

Other race dates are:

Unfortunately, due to the present COVID-19 restrictions, the Board of the Australian 18 Footers League have decided to cancel the club's spectator ferry until further notice. Racing will continue, and AeroMedia Live Broadcast team will be out on Sydney Harbour to capture all the action, which can be viewed LIVE online at www.18footers.com and clicking on the '18 Footers TV' link..

The club's promotional day on the Island bar, Wednesday (March 18) has also been cancelled.