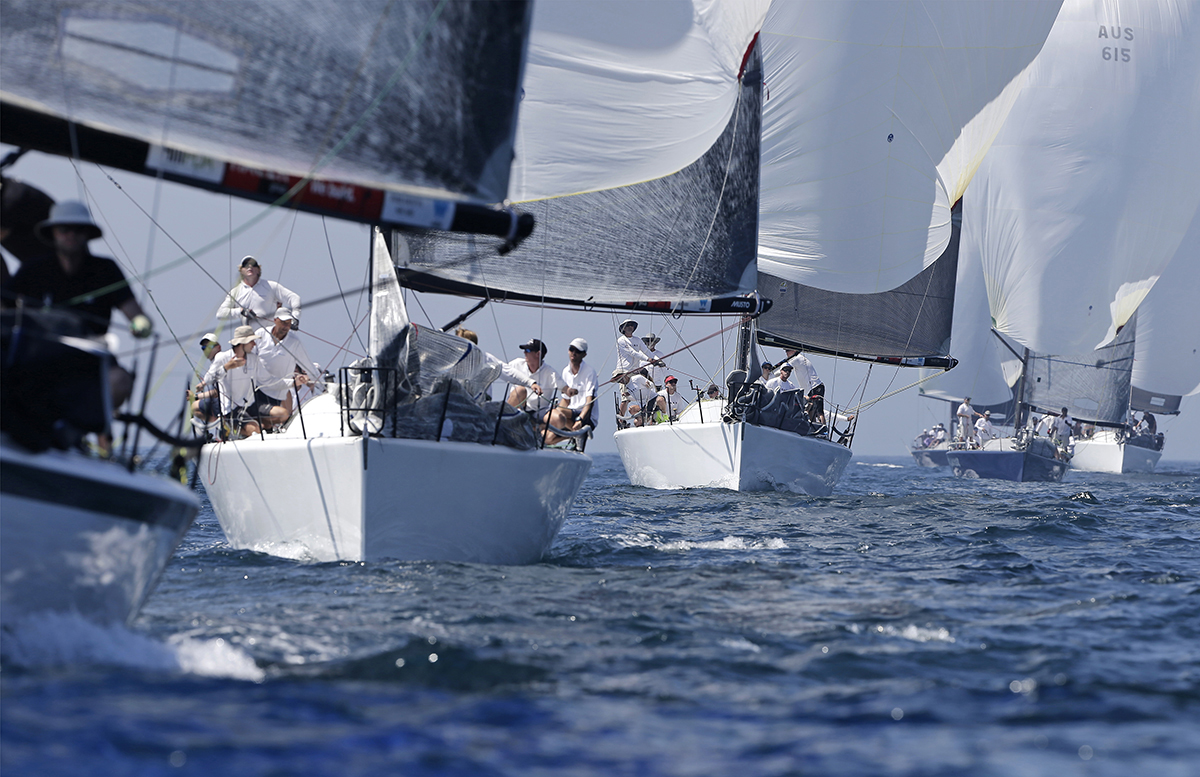 In temperatures 30 degrees plus, Sydney’s beaches were packed on Saturday February 11 and a little out to sea off Manly’s famous surf beach on the first day of the Farr 40 NSW State Title the good guys sizzled.

Three different winners and the most consistent Farr40 crew leading the pointscore is how day one of the state title finished up.

Light north-east to northerly winds three to nine knots were just enough to conduct three races over a long outing. The day began promisingly in NE 8-9 knots then turned messy as the land heated. PRO Denis Thompson raised the postponement flag during the race two start sequence and it stayed raised for an hour and a half. By the close of race three things were looking shaky again and Thompson signalled a shortened course.

Victorian based Pitts and his team wear black crew gear to match the boat’s moniker, Double Black. After today’s searing summer temperatures Pitts says they may have to rethink the colour coordination idea. “It was really hot; we were melting out there in our black t-shirts.”

On Double Black’s race two bullet Pitts said a great start set them up. “Our start put us in a great spot as it meant we weren’t ducking other boats, then some tidy spinnaker work kept us at the front of the fleet.”

From his first season with the Sydney fleet, Victorian skipper Pitts has most enjoyed the offshore days, Newcastle last month and today in the Middle Harbour Yacht Club run NSW State Title. “We loved the Newcastle series and the outer harbour has been great though I am looking forward to racing on Sydney Harbour tomorrow.”

Thompson says the forecast for fresher conditions on Sunday February 12 will put the onus on crew work. A stronger southerly change is expected along the NSW south coast this afternoon, reaching Sydney waters this evening. Winds are set to remain generally south to south-easterly and the Sydney closed waters forecast for tomorrow’s four planned races is southerly 15 to 25 knots.

Racing is due to start at 1100hrs on The Sound.