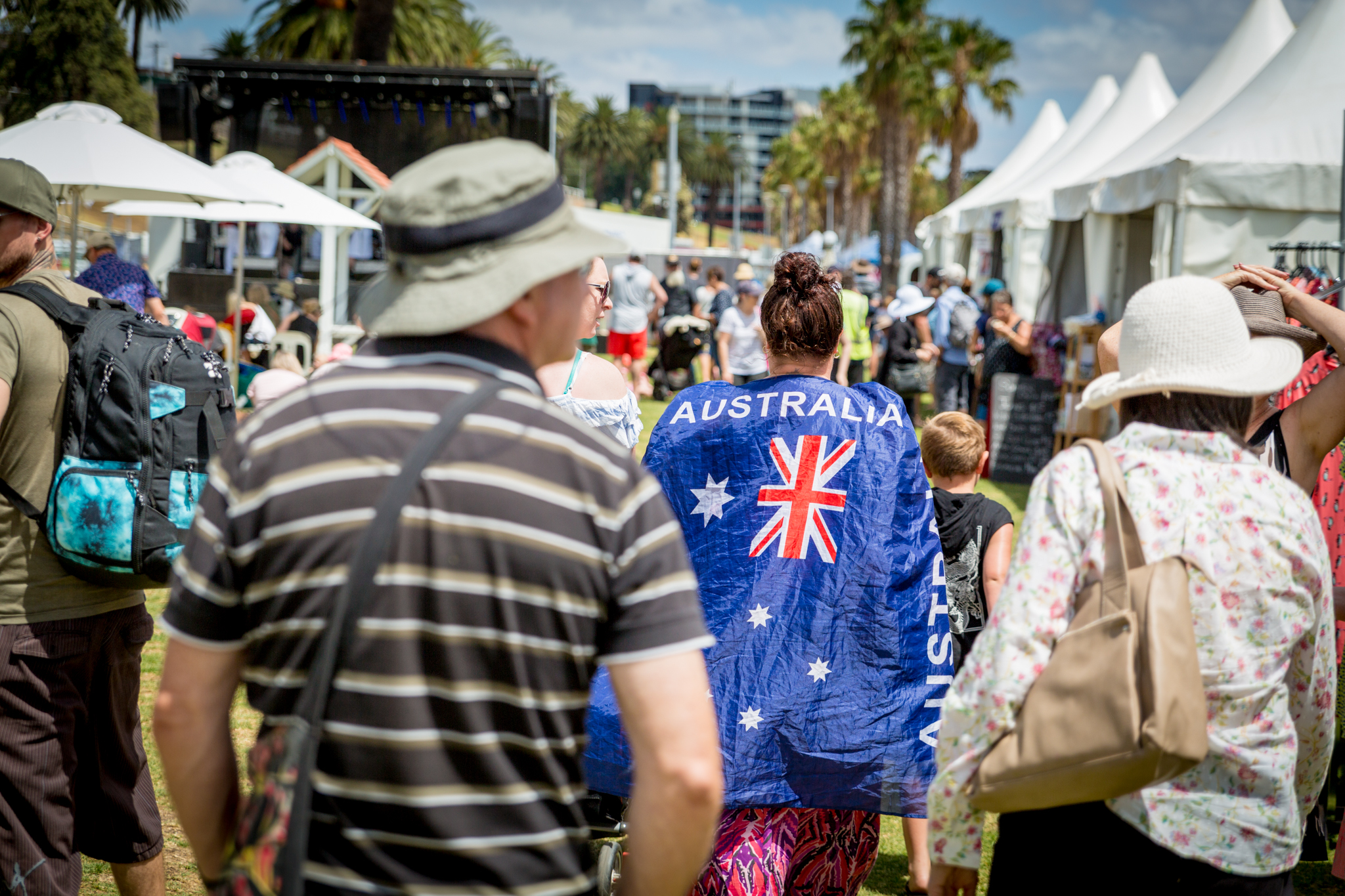 Australia’s oldest sporting event, the Festival of Sails, put on a spectacular Australia Day party in Geelong today, as the country’s biggest celebration of sailing got off to a flying start.

Thousands of visitors, including competitors from around Australia and the globe, have converged on Geelong this weekend for the Festival of Sails, soaking up the entertainment and excitement on and off the water on day one of the iconic regatta.

The Waterfront Festival, proudly presented by Geelong Connected Communities, was a buzz today with visitors enjoying live music, food and activities including Come and Try Sailing and beach camel rides.

Festivalgoers, many with Australian flags proudly displayed, packed Eastern Beach enjoying picnics under giant tents, while others took a dip to cool off.

The Regatta Village was a hub of activity with people of all ages enjoying the atmosphere of the largest keelboat regatta in Australia, while a fleet of 230 boats made their way into Corio Bay in the early afternoon, as part of the 32 nautical mile Melbourne to Geelong Passage Race.

At Fairnie Park, the Regional Artisan Fair showcased some of our region’s top produce, with visitors enjoying the chance to taste their way around the region and stock up on gourmet goodies from Geelong, the Great Ocean Road, the Bellarine Peninsula and Golden Plains.

Up to 100,000 people are expected to enjoy the action both on and off the water, in Geelong this long weekend.

Festival of Sails Chairman Stuart Dickson said day one had been a “fantastic start to a fabulous event.

“It all bodes well for another two days of terrific sailing and entertainment, on and off the water, for the Geelong community and our many visitors.”

The Australia Day fireworks display, presented by AirAsia with support from Avalon Airport, will light up the skies from 9.15pm.

Ryan and Jess Jacobi were among the many families enjoying the atmosphere of the Festival activities with their two young daughters Maddison, 5 and Laylah, 3.

“It’s a great event,” Ryan said. “We came last year and had a great time and thought we would pop down again this year. It is very relaxing and great to have the Festival of Sails and the Cadel Evans race on the same weekend. It creates such a wonderful atmosphere for Geelong and the surrounding areas,” he said.

The Festival of Sails continues until Monday afternoon. Up to 30 artists will perform at the Waterfront Festival, presented by Geelong Connected Communities over the three days, including formidable duo Vika and Linda Bull who will perform tomorrow at 9.15pm in the RGYC Village.