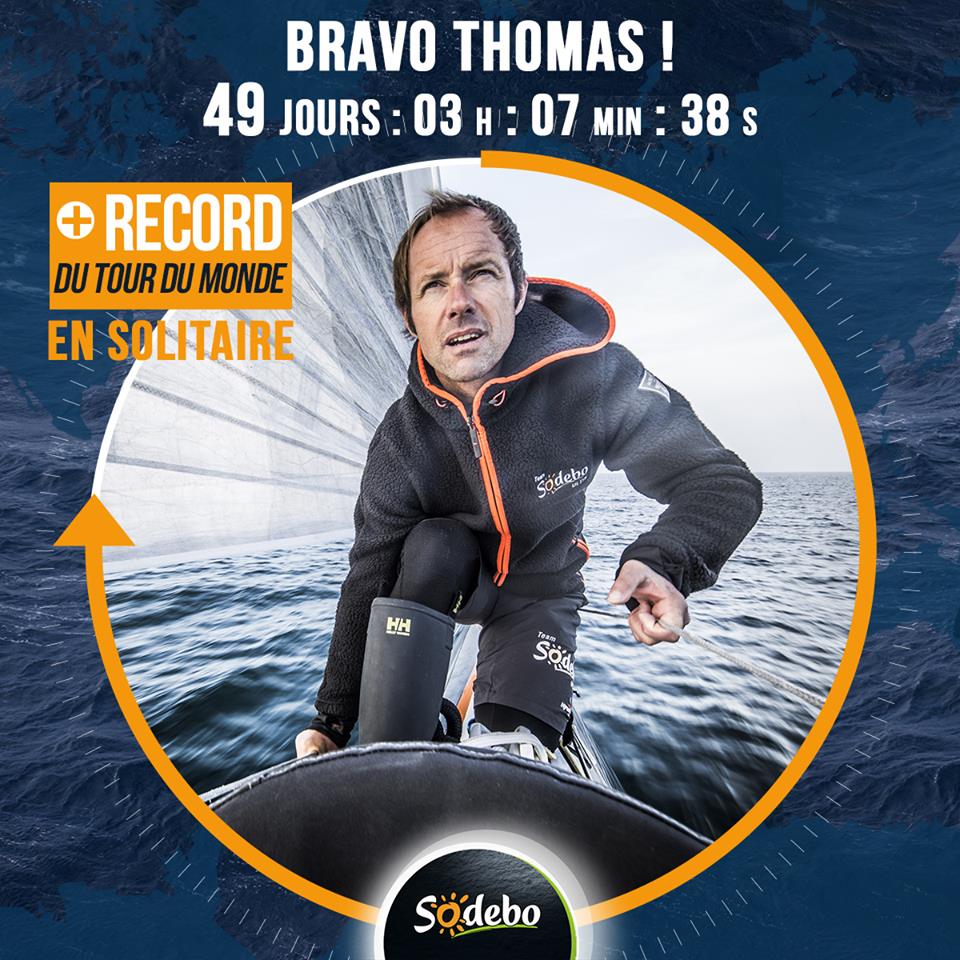 In passing the finish line of his solo world circumnavigation at 17 h57 (French time) on Christmas Day, Thomas Coville set a new record.

“Thomas has set a superb record after a perfectly executed circumnavigation. Well done to him for his performance and perseverance,” Joyon said in a press release. “He's set a really high standard.”

“There's only three of us to have done it without stopping and on a solo trimaran, me, him and Ellen,” Joyon said.

It was Coville's fifth attempt after two curtailed efforts and two circumnavigations that were slower than the old record.