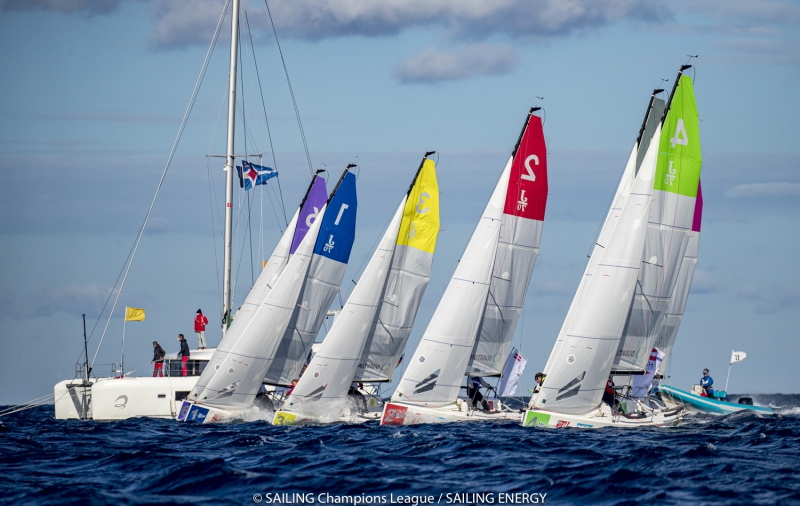 The Sailing Champions League Final regatta, an event organised by the Yacht Club Costa Smeralda, will get underway tomorrow with 30 teams from all over Europe competing aboard the club’s J/70 fleet in the waters off Porto Cervo.

The regatta, in its seventh edition in Sardinia, will close the 2021 sporting season of the YCCS.

Four days of racing will run through Sunday 10 October, with a maximum of 18 flights (76 races) scheduled. The top four teams in the ranking will then progress to the final, consisting of up to a further four races. The event format was introduced in 2013 in Germany and is based on the formula used in football leagues.

Of the 30 teams from 15 European countries taking part, 12 are the winners of their national league, 12 gained access via the qualifying event held in Kiel, Germany, in July, while the remaining crews will attend the final thanks to a wild card.

The home team representing the YCCS – composed of sporting members Ettore Botticini, Francesca Bergamo, Andrea Cinerari and Raffaello Perrini – will do battle with the other crews for the title of “Best Yacht Club of the year”.

Michael Illbruck, YCCS Commodore said: “The final of the SAILING Champions League closes the Yacht Club Costa Smeralda’s sporting calendar for 2021. It has been a year of reopening, full of reunions and emotion, and there is no better way to round off the season. I wish fair winds to everyone!”

The first starting signal is scheduled for Thursday at 13.30. On Saturday and Sunday fans can follow the racing via live streaming on YouTube from 12 midday local time.

During the SAILING Champions League Final the principles of the One Ocean Foundation’s Charta Smeralda, supported by the YCCS, will be promoted.

Quantum Sails and Garmin Marine are Technical Partners of the event.

For more information on the event, see: https://www.yccs.it/en/regate-2021/sailing_champions_league-308.html#1