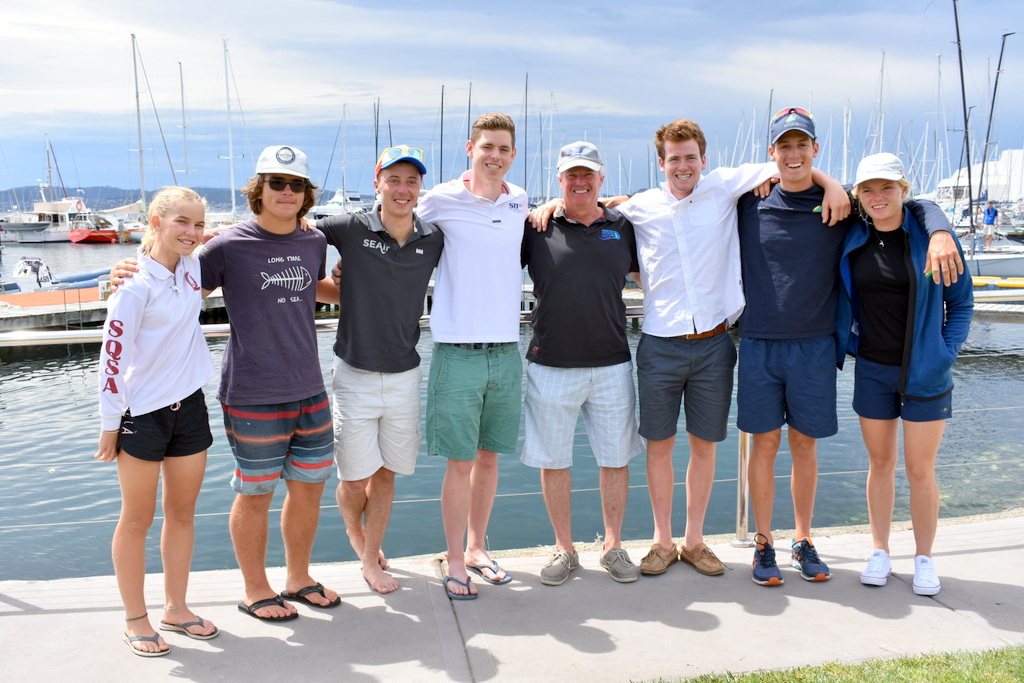 As a six-year-old, Seisa Mair cruised the Pacific on her parents Duncan and Cheryl’s yacht and today, aged 13, she will be the youngest skipper when the SB20 World Championship starts on Hobart’s River Derwent.

In the years between, Seisa has raced tiny, single-handed Sabot dinghies, but last Friday was the first time she had set foot on an SB20, a high-performance one-design sports boat, let alone steered one.

“It was quite an experience steering one of these boats….it’s going to be a huge challenge racing against such outstanding sailors from around the world, “ Seisa said yesterday. “But I think we handled the boat, Persian Princess, quite well in our first sail.”

Seisa is a member Lake Cootharaba Sailing Club on a large saltwater lake on the Queensland Sunshine Coast. Last week she sailed her Sabot to sixth place overall in the National Championship in Brisbane.

The tiny blonde’s crew for the SB20 worlds will be her brother Darcy Mair (15) and two 18-year-olds Mara Stranksky-Smith and Indiabeau Laborie.

Her father bought Persian Princess in Hobart before the Worlds and plans to take the yacht back to Lake Cootharaba where he hopes to develop an SB20 fleet.

Seisa may be the youngest skipper in the Worlds, but not the youngest sailor; Hugo Allison (12) from Hobart is in the crew of the Victorian boat Ikon20, skippered by Kirwan Robb, while Launceston lad, Bailey Fisher (14), is on aboard Paul Burnell’s Honey Badger.

There are seven crews entered as Youth teams, one from Ireland, three from France, including pre-worlds winner Robin Follin, and three Australian crews.

Felicity Allison has two sons, Jack and Hugo, competing her in the fleet.

A fleet of 59 has entered the SB20 Worlds 2018, conducted jointly by the Royal Yacht Club of Tasmania and the Derwent Sailing Squadron.