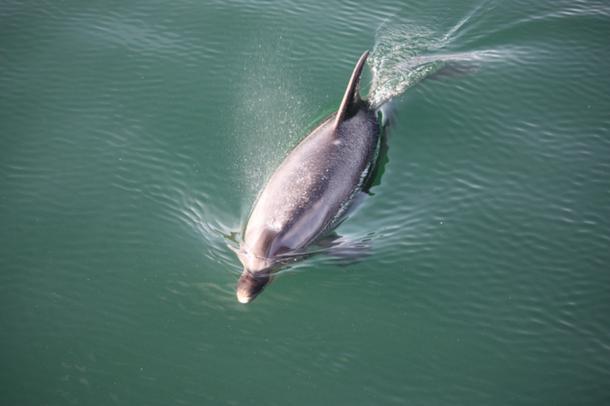 It was calm and peaceful as we weaved our way through an array of flotilla and mooring lines. “Thar she lies; that’s her,” the old man exclaimed with a measure of impartial authority, as if she were the only vessel afloat, which may well have been the case.

When I caught sight of the traditional timber gaff cutter nestled safely on the lee side of the bay, instant visions of grandeur and adventure flashed through mind and soul. Imagine what it would be like being free, that is: truly free.

So far so good, I thought, trying not to show my emotions in order to keep the price down. The description he gave over the phone seemed accurate to this point, justifying the time spent on travel from Perth to Safety Bay.

As we approached to board her, the vessel’s romantic appeal was displaced by the sudden impact of reality. Once
on board he did not need to point out what needed fixing and replacing.

It was obvious to me that a significant amount of work and expense was a must in order to make her seaworthy and charismatic up close. The old seaman sensed my change of heart and chuckled at the irony of the situation as he uttered
“she sure looks a picture afar, but a bit worn up close; eh, young fella?”

He could tell by my body language what I thought about the latter part of his statement and added softly “if you look beyond the wear and tear, beneath the surface of her timbers and inspect her construction from bow to stern, you’ll find her as sound as when she was built during the 1920s. Her history of seaworthiness over the past sixty years is a bonus.”

As the old seafarer spoke with conviction, I became aware of his gentleness and discerning nature. Looking beyond the cragged, sun-worn face deep into his youthful eyes, I was overcome by an eerie sense of awareness. I thought “how could a man well into his sixties, still portray such moral and physical stature? This is not the status quo of our so-called modern society, where a significant proportion of people over fifty are stereotyped and allow themselves to be trashed.”

He had both, the jovial nature of a youngster and wisdom attained through many years of experiencing life in different places.

The more we talked over a couple of light ales, the more my interest in the vessel was displaced by my desire to get to know the man within.

He portrayed a silent power which was mysterious but unimposing. I had been with him for only a few hours but felt I had known him for years.

As he stepped below deck I meandered aft and tried to gather my thoughts and composure. The original reason for being here was now of secondary importance, the old salt being the centre of my attention. I thought to myself; I came to purchase a boat, which would enable me to be free, free from society’s rules of conformity, the unecessary responsibilities and hassles of life in general. What do I encounter? An old man that is not old, who has an innate ability to live life in the moment by being his real self and completely uninhibited.

He became more of a symbol of freedom to me than the vessel itself. Whereas, the boat represented temporary escape the external way, the old man represented permanent independence and self reliance – the internal way.

“There you are, my favourite spot too! Used to sit out here, have a few beers and simply enjoy, either on my own or in the company of friends.

“Well, we’ve checked her out above the waterline and found evidence of some wear and tear over the years, which will require little work at minimal cost.”

Wearing a grin from ear to ear he handed me a snorkel and goggles, chuckling cheekily “what do you reckon mate? Being the fair lady that she is, it would be improper to leave her high and dry without inspecting her below.”

Visibility was exceptional but the initial nip of cold reminded me of the fact that it was mid-August. I have always felt at home in the sea and even though it was uncomfortable, I felt a sense of freedom, especially underwater.

Snorkelling around her perimeter made her seem larger than her twenty eight feet at the waterline. By diving down and hanging onto her solid deep keel I could extend time underwater, observing her large pregnant belly from the bottom up.

Her lines below were as authentic and practical as above with no cosmetics, just a balanced compromise of simplicity and symmetry. She was a true example of a traditional, carvel planked, displacement vessel, built to last by master craftsmen.

An extended arm was waiting to help me on board. We got down to business over coffee and sandwiches. I felt great and the old man sensed it as he said quietly “there are times when it is far better to do, rather than talk. Doing sets the mind free.”

We are all challenged at times, at different levels, to do things that are uncomfortable but necessary. If we have the courage to do something about our fears, apprehensions and anxieties, we have the potential to set ourselves free. If we do nothing we imprison ourselves until we ‘do’.

We itemised what work needed to be done and negotiated a fair price, which included his help and advice.

During the next four weeks work became play as the bond between us strenghtened, through active participation towards a common goal. During this short period I learnt far more than I ever had from my natural parents. They never had the time to share their real life experiences in a meaningful and genuine way, due to the pusuit of the almighty dollar being their primary concern.

Through the wisdom of my old friend, who was not old, I became aware that a lifetime struggle for economic security, does not compensate for loss of quality time spent in solitude or shared with righteous people who dare to break free from the grasp of so called society.

It was a calm and peaceful morning as we weaved our way through the array of flotilla and mooring lines. We shook hands and he steadied the dinghy as I climbed aboard and cranked over the old Ford Lees diesel, which proved to be reliable as ever.

After discarding the mooring line it was just a matter of hurrying back amidships, engaging gear and slowly manoeuvering my way through an armada of vessels composed of all shapes and sizes. I returned his wave and though I felt a sense of sadness, I was grateful for having the opportunity and good fortune to meet Jack. Through his own way he enabled me to become aware of the fundamental truths on which life should be based. Being self-empowered and confident, I headed out to sea on my single-handed coastal voyage to Fremantle.

Want to read some more?”