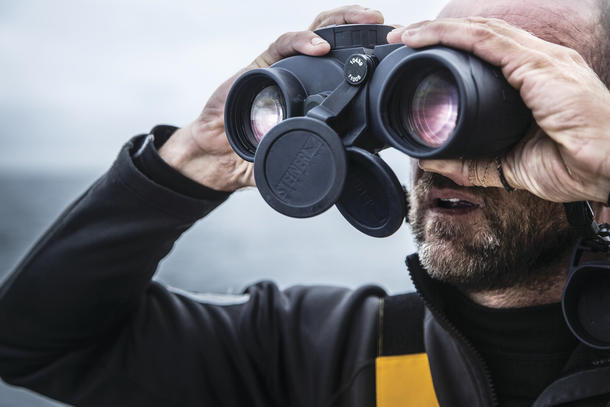 Where was that common sense? Always maintain a visual lookout

In these modern times the dream of sailing the world has never been more accessible and I would add that it probably never will be again.

It is an enticing and appealing dream to just sail away over the horizon and leave all your worries and cares behind. In some ways this is true but it also true that what you are doing is exchanging one set of values for another. One of those core values is taking responsibility for your own actions, you cannot blame anyone else for your decisions and whatever happens it is you who has to look after your ship and your crewmates.

With so many pieces of sophisticated electronic equipment at our beck and call it would seem some are lulled into complacency and are ignoring basic seamanship. Only a few days ago I was speaking to a couple who did not keep watch at night when underway. They sailed on at eight to nine knots, turned on their alarm and both went down below to sleep. They are not the only ones who do this.

Too often we hear of incidents in the maritime world and we ask ourselves, “how could that possibly happen?” Unfortunately they will always happen, so everyone of us should ensure that we are not the ones responsible.

Sometimes it is a series of events that lead to a catastrophe but other times it requires the failure of a person in charge of the vessel, at the time, to have a good understanding of their situation, their options and their limitations.

A number of incidents have occurred in recent weeks in the seas around French Polynesia and Niue, poignant reminders for us all about the need for constant vigilance and an awareness and understanding of our surroundings. Thankfully, none ended with any personal physical injury but the financial cost, shattered dreams and the burden of having to take responsibility or even living in denial are things I for one would prefer not to have to deal with.

Regardless of the size of your vessel, the value of it or the number of persons on board it is incumbent upon each and every one of us to ensure the safety of the boat and every person on board. This does not mean being paranoid or risk averse, but it is a matter of taking the requisite level of care and not just relying on machines to do our job for us.

The first incident occurred in the early evening after dark when a large and expensive catamaran with a family of five on board drove up onto the fringing reef of an island while under sail with both engines running, doing between 8kt and 9kt. The skipper, who was on watch at the time by himself, explained what happened by saying that the reef was unmarked on his electronic charts.

This particular statement was repeatedly published on at least three internet sites over the ensuing week and resulted in the company who produced the electronic charts responding in it’s defence: “despite our accuracy, charts have errors whether it is a result of survey errors or source errors. This applies to all charts, whether government or private, official or otherwise.

“The International Hydrographic Organisation stated that less than ten per cent of the seas are charted as well as the moon and even that 10% contains errors. This is why the common rules of navigation require that skippers, in addition to official charts, use multiple sources of information including sailing directions, cruising guides, radar, sonar, local diligence and good eyesight. With the best chart in the world, one should never get close to coral reefs at full speed at night but rather when the sun is highest, at very slow speed and with a person on watch on the bow.”

Never a truer word has been said.

The second incident occurred when two modern and well-equipped yachts were on an overnight passage and were ‘buddy boating’. They left the previous port at more or less the same time and were in communication via VHF.

In the early hours of the morning in moderate conditions, they collided with each other. Damage was caused to both vessels sufficient to require the insurance companies to become involved.

At a stretch you could explain this behaviour by saying that neither person on watch kept proper watch. A small running light at night could be missed if one is not particularly vigilant in scanning around your own vessel. The crew of each boat knew the other boat was out there but they still failed to make the checks that were needed to ensure their safety.

However, both vessels were also equipped with AIS transponders so the exact position of each vessel is known to every other vessel that is equipped with an AIS and the position is constantly being updated. Many AIS systems these days can be integrated into an existing chartplotter which will also compute the ‘closest point of approach’ (CPA) and ‘time to CPA’ (TCPA). You can set an alarm based on any minimum CPA and any TCPA you desire; so, should a conflict arise, then the alarm will sound.

The third incident occurred at an isolated reef, south east of Niue under similar circumstances to the first incident; during the hours of darkness a large catamaran crewed by a family of four was approaching the reef and was driven up onto the eastern side, the weather side of it. Reports state that the captain had based his navigation solely on one piece of information; in this case again an electronic chart.

As stated in the corporate response above, the chart information is taken from the original surveys and they cannot and should not be held responsible for errors made during that survey. At this location our own electronic chart states that the reef is reported to lie three miles to the north east, as would a paper chart. Perhaps this is true.

There is risk inherent in every activity we undertake and we all make mistakes, whether it be on land or on the se. My personal view is that cruising the far corners of the world poses far less risk than driving a car on our busy roads.

But, in the end, you determine that level or risk. Our attitude towards our own safety, our fellow crew members and our vessel will determine how risky our lives at sea really are.

Forget this and it will be at our own peril. ≈