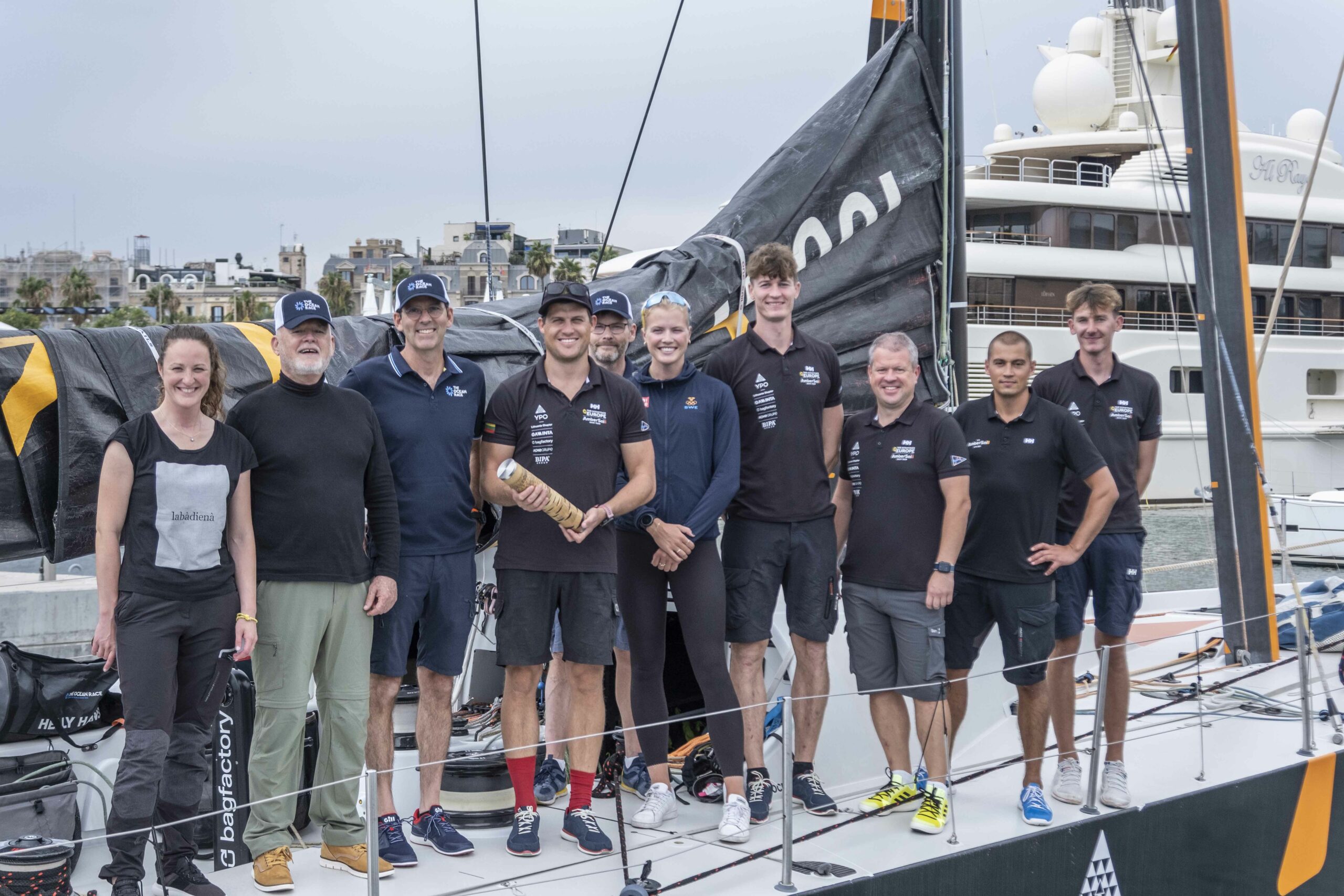 Ambersail-2 about to depart from Barcelona with the Relay4Nature baton, which they are taking to IUCN World Conservation Congress in Marseille. Pic - Cherie Bridges/ The Ocean Race

The Ocean Race, the round-the-world sailing competition known as the toughest test of a team in sport, is set to play a leading role in one of the world’s most important environmental conferences.

Relay4Nature, The Ocean Race’s initiative developed in collaboration with Peter Thomson, will feature throughout the Congress. The exciting project aims to give the ocean a voice on the critical issues affecting our planet and connect the major events where decisions are made about the environment, including the Congress and the UN Climate Change Conference of the Parties (COP26) later this year in Glasgow, Scotland.

The symbolic Relay4Nature baton, which contains messages calling for action to protect the planet, is currently on route to the conference on board Lithuanian boat Ambersail-2, which set sail from Barcelona, Spain, yesterday, 1st September and will arrive in Marseille ahead of the Congress tomorrow, 3rd September.

Alongside skipper Rokas Milevičius and his crew are Richard Brisius, Race Chairman of The Ocean Race, and Peter Thomson. On arrival in the port, Rokas Milevičius will pass the baton to Marseille’s Deputy Mayor for the Environment, Christine Juste, who will receive it on behalf of the city, before it takes to the stage in the plenary on Saturday where The Ocean Race features as the only sports organisation involved in the session.

On departing Barcelona yesterday, Special Envoy Peter Thomson said, “Everything is connected, there is one ocean connecting every shoreline on this planet. Likewise all the efforts we are making in our international conferences for climate change, biodiversity loss and halting the decline of the ocean’s health are connected. The Relay4Nature baton is a potent symbol of that connection.”

Minna Epps, IUCN Global Marine & Polar Programme Director said, “Bringing together sport and conservation is a great move that can build awareness of the critical needs of nature in this make-or-break decade.  A personal connection with the ocean is a key step in raising awareness of the importance of the marine environment and the challenges to protect and restore it.

“And to passionately communicate the positive solutions available, which is why we are thrilled to welcome The Ocean Race and its Relay4Nature initiative to the IUCN World Conservation Congress.”

Throughout the conference some of the world’s most prominent ocean advocates will take the baton and share personal appeals to world leaders to protect and restore our blue planet.

Ahead of the conference Richard Brisius, who will introduce the Congress to Relay4Nature, said, “We’re delighted to be part of this landmark event and harness the ambition of oursport to inspire action for the planet. In the same way that the ocean connects us all, Relay4Nature connects the different, but interlinked, threats affecting our planet.

”Through our Race we witness what many people don’t see: the rapid decline of the ocean. We want to shine a spotlight on this, highlight the essential role that the seas play in the health of the planet and call on world leaders to take urgent action.”

Relay4Nature featured in The Ocean Race Europe and its prologue event, with ocean advocates, local leaders and teams including Ambersail-2, taking the baton and leaving their messages calling for global action.