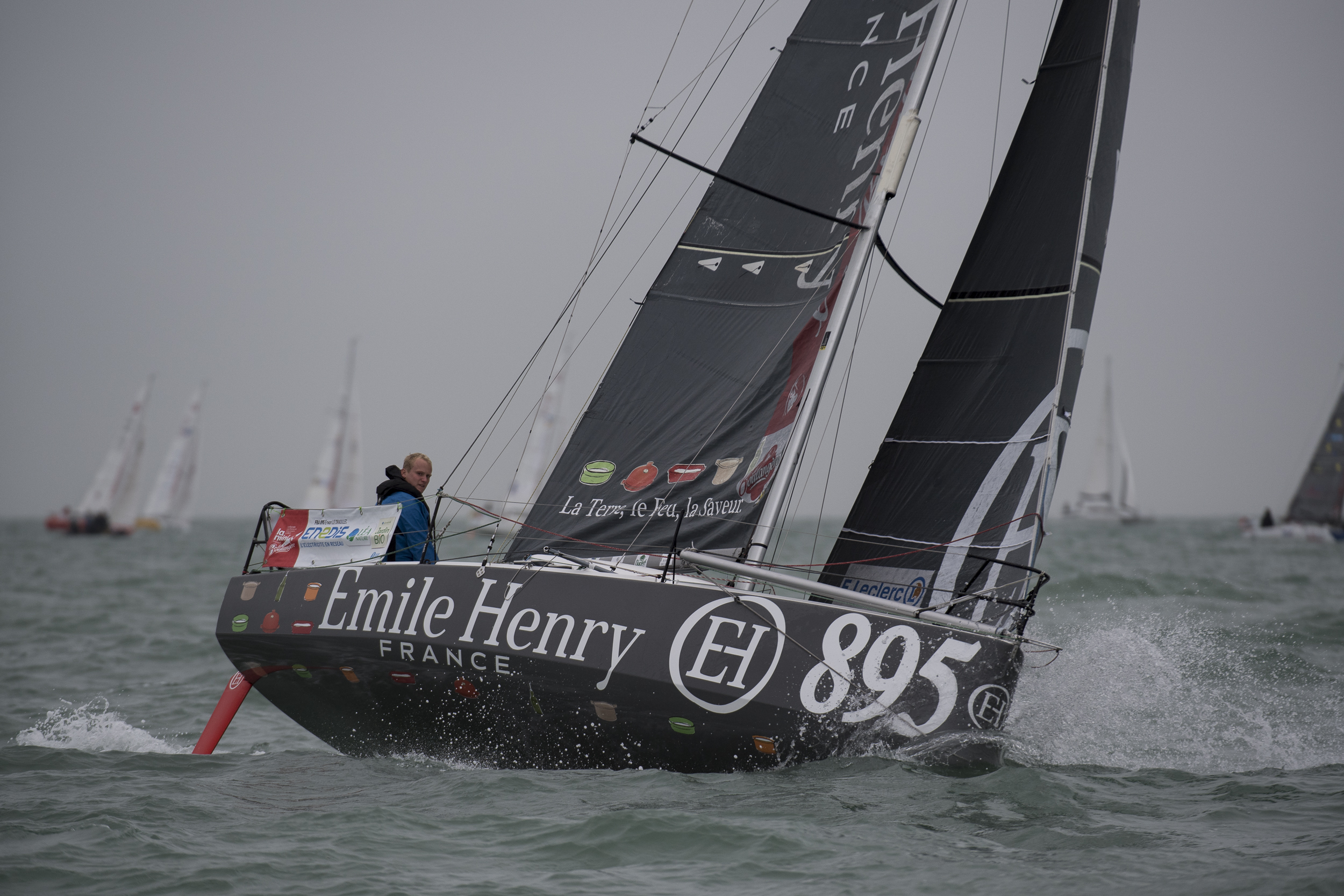 In both prototype and production boat categories, the situation is becoming clearer at the head of the Mini Transat race, with Ian Lipinski (Griffon.fr) and Arthur Léopold-Léger (Antal XPO) going it alone at the front of the leading pack, whilst Clarisse Crémer (TBS) is extending right away from her pursuers.

Swiss skipper Valentin Gautier (Shaman – Banque du Léman) and Erwan Le Draoulec (Emile Henry) look to be the only sailors still in a position to challenge her takeover. However, behind the favourites, there is massive upheaval.

In order to understand all the jostling in the rankings over recent days, take a look at the respective positions of the skippers just 48 hours before.

In the production boat category, after Rémi Aubrun’s long reign (Alternative Sailing – Constructions du Belon), it was the turn of Tanguy Bouroullec (Kerhis Cerfrance) to take over the regency for a few hours, in readiness to hand over power to the new queen of the Pogo 3s, Clarisse Crémer (TBS).

Her place at the top of leaderboard is much deserved, given how regularly she and travelling companion Erwan le Draoulec (Emile Henry) have impacted the front of the pack since the start in La Rochelle.

In that time, some sailors have fallen victim to the light airs, including Rémi and Tanguy, who are now positioned over 50 miles shy of the head of the race. However others, those more familiar with evanescent breeze and hunting down gentle puffs of air, have reaped the benefits, as is the case for Valentin Gautier and Frédéric Moreau (Petit Auguste et Cie), the latter a regular on the Alpine lakes.

These light airs are also favourable to the older generation boats, like the Pogo 2 and the Nacira 6.50, which have a smaller wetter surface and have got right back into the action as a result.

Like Frédéric Moreau, Yann Burkhalter (Kalaona) has also sailed an excellent leg to get back into the top 10, with some equally great performances posted by Mathieu Lambert (Presta Services Bat) and Estelle Greck (Starfish), who have both been making steady progress for the past four to five days since they found their sea legs.

Ian, Arthur and the others
In the prototype category, with the exception of Arthur Léopold-Léger, who must really be savouring his time on the racetrack after the abrupt end of his Mini-Transat 2013, the dilemma for those in hot pursuit of Ian Lipinski essentially comes down to ‘how to limit the damage’ in the face of the utter domination by the cheeky Raison design.

A chasing trio made up of Simon Koster (Eight Cube Sersa), Erwan Le Mené (Rousseau Clôtures) and Romain Bolzinger (Spicee.com) are nearly a hundred miles off the pace of the leader this evening.

Patrick Jaffré (Projet Pioneer), sixth, is 130 miles behind the leader, whilst Julien Héreu (Poema Insurance) and Thibault Michelin (Eva Luna) have been relegated to some 200 miles astray of the head of the fleet.

In these conditions, the age of the boats is no longer the main point of reference. As such, Jonathan Chodkiewiez (Tasty Granny) on one of the oldest prototypes, is managing to stay in contact with Charlotte Méry (Optigestion – Femmes de Bretagne) and Quentin Vlamynck (Arkema 3), who would surely have preferred other conditions to test the potential of his highly innovative machine.

Saturday Night Fever
A way off the front of the pack, the strategic considerations are somewhat different.

Aboard Mariolle.fr, Julien Bozzolo hasn’t forgotten his disco ball and playlist so he can treat himself to what must be particularly stimulating breakfasts for both his stomach and his ears.

It’s party time too for Camille Taque (Foxsea Lady) as she has managed to resolve her power issues and can now communicate with her playmates by VHF once more.

The news is also good for the Croatian sailor. Currently in Porto, Slobodan Velikic (Sisa 2) is trying to repair his bowsprit and a hole in the deck resulting from a broken stanchion.

Apparently, the familiar Mini solidarity has kicked into action once again since Portuguese sailor Antonio Fontes, who competed in the Mini in 2015, has rallied together his friends to track Slobodan down and give him a helping hand.