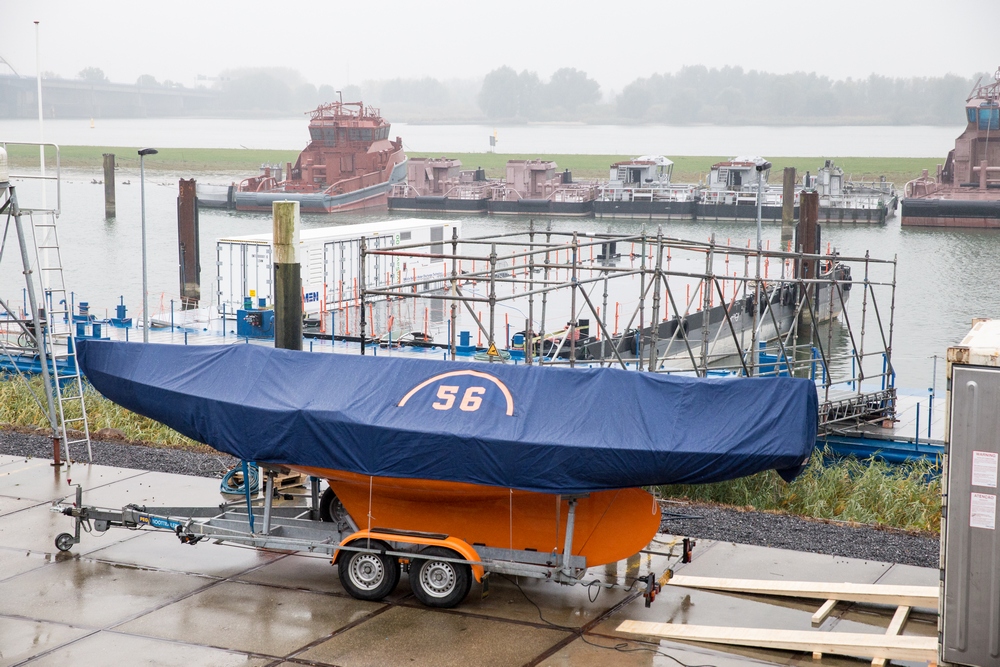 Earlier this month, at Gorinchem the Netherlands, the Australian Ambassador to the Netherlands Brett Mason and Damen Shipyards Group CEO René Berkvens gave a celebratory send-off to the Dutch royal sailing yacht Oranje bound for the Australian Wooden Boat Festival. The 8 metre long vessel was sealed in a shipping container ready for transport to Hobart, Tasmania.

As well as signifying the close historical ties between the Netherlands and Tasmania, the event also strengthens Damen’s connections with this Australian island. Held first in 1994, and every two years since then, the Australian Wooden Boat Festival is a four-day event that attracts the largest numbers of wooden boats in the Southern Hemisphere. The festival takes place in Hobart, Tasmania.

The 2017 edition of the Australian Wooden Boat Festival will have a distinct Dutch theme. This is to celebrate the 375th anniversary of Dutch seafarer and explorer Abel Tasman’s discovery of what became known as Tasmania.

Damen’s involvement in the forthcoming Australian Wooden Boat Festival is the sponsorship of a match race between the Oranje and a classic Tasmanian sailing boat design from 1910.

The Oranje is a prime example of the Dutch ‘Regenboog’ class of wooden sailing boat. This 8 metre vessel design originates from 1917 and is actually the oldest class of sailing boat in the Netherlands.

For the Netherlands, the Oranje also has great cultural significance. The vessel represents the continuance of the Dutch tradition that involves the gift of a sailing boat to the Dutch heir to the throne. The 1931-built Oranje was given to Prince Willem Alexander and Princess Máxima on the occasion of their marriage in 2002.

“The Netherlands and Australia enjoy a cooperative relationship with a shared maritime heritage,” stated Australian Ambassador to the Netherlands Brett Mason. “We will give the Oranje a warm welcome when she arrives in Tasmania – and we look forward to seeing her sailing there.”

Speaking shortly after the send-off ceremony in Gorinchem last week, Mr Berkvens commented: “Next year’s Australian Wooden Boat Festival will see numerous Dutch-themed events and exhibitions. We feel privileged to be involved in this celebration of nautical history and culture.”

As well as the Oranje, four traditional Tjotters (Friesian flat-bottomed sailing boats) and two 12-foot dinghies were also prepared for shipment to Hobart. The Tjotters, with their characteristic leeboards, will perform traditional formation sailing manoeuvres at the festival.

Damen representatives visited Hobart earlier this year to finalise a construction contract with the Australian Government for a state-of-the-art Antarctic Supply Research Vessel. Once completed, Hobart will be this vessel’s home port.