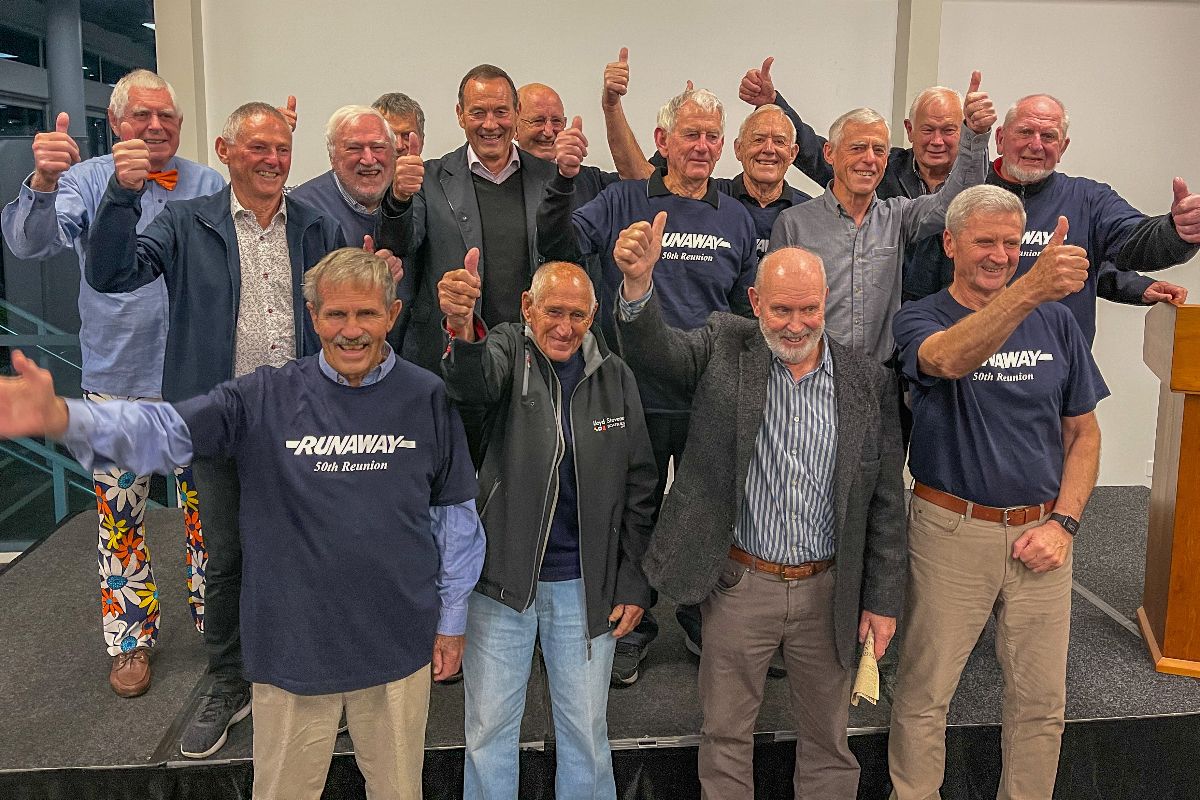 It hasn’t quite been 50 years, but on Sunday a rambunctious crowd of sailors gathered at the Royal Akarana Yacht Club to celebrate the 50th anniversary of New Zealand’s success in the 1971 Sydney Hobart Yacht Race.

Runaway (Brin Wilson), Pathfinder (John Lidgard) and Waianiwa (Chris Bouzaid) finished first, second and third in the famous race – a feat that has never been repeated – and those results played a major role in the New Zealand team claiming the Southern Cross Cup for the first time.

“It was an extraordinary achievement, and when the trio returned under sail to Auckland, they were met by cheering crowds of similar size and enthusiasm to those that in later years turned out to greet the Whitbread heroes,” sailing historian Ivor Wilkins wrote in the February 2007 edition of Breeze.

The Southern Cross Cup was introduced in 1967 and made up of a series of offshore races, with the Sydney Hobart Yacht Race the final event.

The 50th anniversary celebrations were hosted by commentator, PJ Montgomery, and various crew members reflected on their achievement and audio recordings, now almost 50 years old, played back as nostalgia filled the room.

You could hear a pin drop as the voices of now the now departed Brin Wilson (Pathfinder) and Heather Lidgard (Runaway) told of the conditions they were facing during the race and at the after-match functions.

Montgomery read out a story written by Bouzaid, that prompted laughter, as memories of how the Kiwis beat the Aussies at their own game were remembered.

It was a brilliant night of celebrations that will be remembered for years to come.