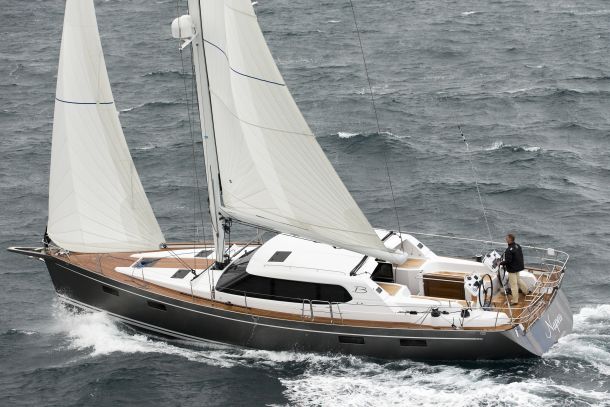 The Buizen company was established 35 years ago in Sydney and in that time the Buizen name has earned great respect in Australian yachting circles  for its philosophy and quality.

Not a manufacturer of mass-produced production boats a Buizen Yacht is for owners who demand capability, luxury and security for serious blue water cruising. Indeed, many who have researched similar yards the world over have proclaimed that a Buizen Yacht is one of the best built yachts in the world. Many of its yachts have completed circumnavigations of the globe and many more are in the midst of their global adventures.

Prior to the 52s announcement, many hours of research and design development were invested to optimise all aspects of performance, luxury fit-out and extended cruising engineering capability, upon which the company’s reputation is based. In 2010 Buizen Yachts announced and started tooling up for its next iconic cruising model, the Buizen 52.

In May 2010, three deposit orders were taken for the Buizen 52 in the space of a week. Buizen invested in a comprehensive technology platform for the 52s design and construction including three dimensional CAD modelling and design, cutting files interfaced with CNC router, extensive vacuum-infused hull and bulkheads and more design and construction techniques.

Hull one of the 52 was launched in April 2012 and hulls two and three followed in March 2013 and July 2014 respectively. Hull four is currently under construction for her Queensland owner.

The company claims that owners are more than pleased with their 52s and Buizen Yachts' owner Steve Howe could not be happier with the new model. “the company had built 36 of the Buizen 48s and that model had rightly become a very iconic model. We knew the new 52 had to surpass the 48 in just about every area of performance, fit out and amenity, and we believe we have achieved just that. The 52 is an entirely new yacht from the keel up.

“Below the waterline our naval architects were tasked with delivering a fast hull without compromising transocean capability. Vacuum-infused hull technology has delivered strength and optimum weight saving from traditional layup and our CAD interfaced with CNC router has enabled our craftsman to achieve complex detail in the immaculate finish of the interior joinery fit out. Entertaining amenity, space and interior volume gains have all contributed to the luxurious superyacht feel the yacht imparts.”

Notwithstanding the yacht’s presence both inside and out, Hull two has demonstrated her overall speed and performance with impressive results at the last two Hamilton Island regattas. She crossed the line consistently just behind the maxis and well in front of all the lighter production boats in her division. The results are listed on the Buizen web site.

“Hull three has just been sailed from Pittwater to Fremantle on her delivery trip and completed the trip in 15 sailing days. These results were particularly gratifying”  Steve Howe said.

“All involved in the new Buizen 52 are justifiably proud of this new yacht which we hope will establish herself as another future iconic model for the company. She is a head turner both at the dock and on the water. Of course one of the best parts is that she is an Australian” Steve added.