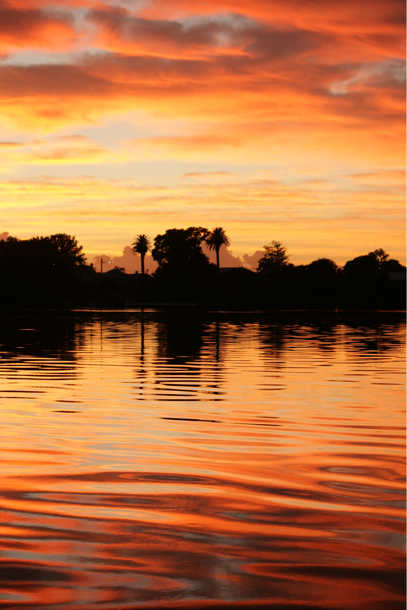 Australia’s first maritime explorers examined our rivers hoping to find a way into the mythical ‘inland sea’, Matthew Flinders sallying forth with this in mind in 1799 aboard the Norfolk. He anchored in the mouth of the Clarence River, named it ‘Shoal Bay’, then sailed away completely unaware that a large river stretched far inland. This extraordinary oversight beggars-belief, but at least he didn’t waste time seeking a non-existent inland sea.

Flinders’ anchorage of missed opportunity was under the lee of Clarence Head and his ‘Shoal Bay’ is now the head of Yamba Channel that long ago silted into an inlet. And as for the 75 miles of navigable river that Flinders missed, it still remains eminently navigable after crossing its entrance bar that has for over a century been tamed by complex retaining walls and breakwaters from where vessels up to 17m high can reach the City of Grafton, 40 miles upstream.

But first a dose of reality: Most of the Clarence River water is fresh to brackish, attracting bull sharks in their hundreds all year round. Like all sharks, they seem to ignore swimmers during the day but at night, don’t even dip your big toe into the water.

The Big River – as it became known, was unofficially discovered around 1827 by an Indian Muslim nicknamed ‘Black Jack Sheik’, an escapee from the brutal cruelty of Brisbane’s penal colony. He crossed the Clarence while trudging south to Port Macquarie where another, less brutal, penal colony nabbed him. The very same river was crossed four years later by another Brisbane escapee, named Richard Craig, who was heading for Port Macquarie where he was pardoned for finding the settlement’s straying livestock. Both convicts enjoyed assistance from Aboriginal tribes during their escape.

It was not long before the Clarence River became a target for cedar cutters, farmers and sugar planters with ships servicing their transport needs after negotiating, and often crashing on, its sandbank-strewn entrance. Increasing traffic eventually had authorities bending nature to their will by building the above-noted riverbank infrastructures that proved to be masterpieces of hydraulic engineering. Except for rare seasonal hiccups, the Clarence Bar now admits ships up to 5,000 tons.

Whilst there is no doubting the bar’s navigability, a cloud of uncertainty hangs over the town of Harwood, eight miles upstream, where the advancing twin carriageways of the Pacific Motorway promise a fixed bridge in the future. Meanwhile, the existing Harwood Bridge opens to 36.5-metres on 24-hour notice, but how high will the new bridge be? We can only wait and see.

The town of Yamba on the south bank of the Big River’s entrance started as a holiday destination for Grafton citizens but soon appealed to visitors from afar and is now a self-supporting town of around 9000 souls. Its marina has haul-out, repair facilities and fuel. Trains and interstate buses link all dominant river towns whilst air links are less convenient, Ballina and Grafton airports being reachable only by taxi or friends with wheels.

On the river’s northern headland, Iluka Harbour has a very secure anchorage, a pontoon landing, a boat shop and fuel, trawler slipway, ferry connection to Yamba and a town with all the basics. Of particular interest to hikers is Iluka’s World Heritage-listed nature reserve through which a track resounding with birdcalls takes you to Iluka Bluff Lookout.

Twelve miles upstream from the entrance, beyond the first sugarcane fields and Harwood’s opening Bridge, is the Scottish Town of Maclean where bagpipes and marching bands gather at Easter, and every telegraph pole proudly boasts a painted clan tartan. Originally called ‘Rocky Mouth’ after the reef in nearby South Arm, most Scottish settlers here were Highlanders driven from their homeland by the Highland Clearances, which were the forced displacements of farmers by land barons of the 18th and 19th centuries.

Maclean was the first town on the Big River – and anywhere on the New South Wales’ coast for that matter – to offer a large pontoon free of charge to visiting boats for limited stays. Regrettably it’s time limit of 24 hours is often abused by locals and visitors alike, but it is also often vacant. And if anchoring off is preferred, the back of the pontoon has a very welcome handrail to make stepping into and out of
a dinghy very easy.

Six miles upriver from Maclean is a town that once challenged Grafton for dominance as the river’s largest port. Named Lawrence, its only challenge now-days is the safe negotiation of the busy 24-hour cross-river cable ferry. If a yellow light flashes, do not cross the cables. Lawrence is a laid back settlement with
a service station, hotel, general store, post office and a fascinating communications museum under its prominent radio tower. There is also a public jetty and good anchorage off nearby Munro Island.

Brushgrove, eight miles upstream from Lawrence, boasts a pub and a public pontoon near Wingfield Bridge where buses connect with Yamba and Grafton, from which a short walk away is a memorial to the 1980’s bus-truck crash that killed twenty people. Soon after that terrible tragedy, two buses upped the score by crashing head-on near Kempsey, killing another 35 people, both accidents being the genesis of the old Pacific Highway starting to morph into today’s four-lane Motorway.

Another five miles upstream is Ulmarra, one of the coast’s least ruined classic villages. On two occasions it has been the choice of filmmakers seeking historic settings demanding minimal props, one film burying the main street in gravel to hide its modern surface. The Pacific Highway still runs through it, there being two service stations, a general store, off-highway newsagent, café, hotel, a secondhand bookshop and a scattering of excellent craft and antique shops.

When approaching Ulmarra be aware of the river’s other cable ferry that hides in a cutting on the west bank waiting to pounce on unsuspecting yachts. Upstream of its cables, there is good clean anchorage near the cane fields otherwise the town’s public pontoon is available for short-term berthing.

Six miles above Ulmarra, the inland City of Grafton begs your time to walk across and examine its unique double-deck bridge before viewing its architectural gems along an avenue of trees to the Post Office. There is also a sprawling shopping mall abutting the town, the latter still having a good collection of small businesses, some being of great interest to those seeking unusual items for boat repair and maintenance. It is surprising for the way
the needs of farmers often mirror those of the sailor.

The once-opening Grafton Bridge had its last yawn in 1967 after which it was sealed closed forever, however, the mechanically minded will enjoy trying to figure out how its double-deck span worked. And close by, easily seen from the bridge, is the grass-covered hull of Induna, one of the pre-bridge cross-river railway ferries that was converted from a cargo steamer famous for carrying Winston Churchill when escaping from the Boers in South Africa during 1899.

Thanks to the agricultural nature of the Big River and its delightful back-woodsy settlements, sailing its navigable length offers a contrast between the isolation of the past and the facilities of today. It is a cruising ground in itself deserving of something more than just a passing look. ✵