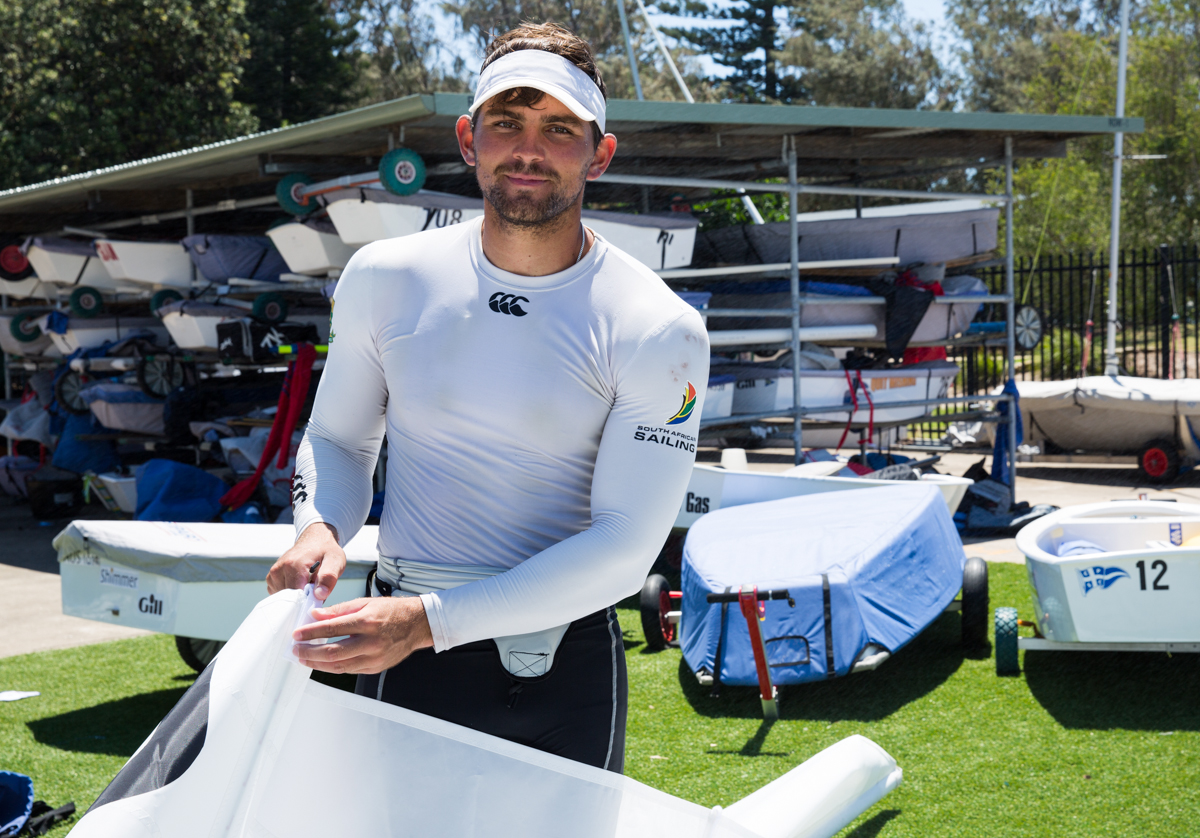 Yachting NSW’s Sail Sydney organisers staged the biggest day of the series with all 17 classes competing on a busy Sydney Harbour on Saturday December 19, 2015.

Full resources were deployed to run three staggered start times for the 359 boat fleet representing 11 nations on five different course areas. In addition to the Sail Sydney fleet the harbour hosted the arrival of a mammoth super tanker, regular Saturday club racing, puffed up Sydney Hobart supermaxis in training and plenty of recreational boaties out enjoying the warm summer sunshine.

The majority of classes wound up their final results on Super Saturday and Western Australia’s squad of Laser and 420 sailors occupied more than their fair share of the medal positions.

The very best competitors continue to march towards the Rio Games while others head to the Youth Sailing World Championships in Malaysia at the end of the month. For the next tier there’s the Australian Youth Championships Woollahra Sailing Club is hosting in a few weeks, and for those just starting out and those who aspired to finish higher up on the scoresheet, it’s back home to practice practice practice.

Light morning easterlies at Fort Denison slowly clocked from light E-NE to NNE 15 knots then consistently over 20 knots by late afternoon, lighting up the 49er and 29er afternoon session and causing congestion at Woollahra Sailing Club’s (WSC) boat ramp where the ‘red shirts’, the precious volunteers, were moving hundreds of craft and sailors ashore in the gusty onshore breeze.

“It’s been three really nice days of racing in all different conditions,” Coccoluto said once final results were decided. “I sailed really solid; I was there in the front playing with the guys. Ten races in three days is a lot, the organisation did a great job on the water. I’m really happy; this is one of my biggest results of the year.”

He and Cheng are part of a multi-national squad currently in Australia training and competing under the tutelage of gun Olympic coach Brett Bayer, a nine time Laser Masters world champion. In the immediate future they are hoping to secure Olympic selection for their respective countries.

South Africa’s Stefano Marcia, who finished 11th at Sail Sydney, made selection for Rio at the Laser World Championship. On his goal for the 2016 Olympic Games he said today: “Top 15 will be a good step towards 2020 where hopefully I’ll medal.” Marcia has only campaigned full time in the standard rig for two years.

Current youth world champion and recent high school graduate Conor Nicholas prevailed in the Laser Radials thanks to three first and four seconds while in the 4.7s Rome Featherstone also proved himself the best from the west, beating Finn O’Dea, also from Western Australia.

“Back home we have a lot of great coaches,” Jerwood said of the fact WA medalled more than any other Australian state. On Sydney Harbour her crew Lisa Smith commented, “It was really different to what we have at home, there were so many boats especially being Saturday…. everyone seemed to be out! It gave us some challenging conditions, something new which was good practice coming up to the Youth Worlds in Malaysia.”

Video interview with Nia and Lisa

Bronze medal skipper Joel said: “We just came from the Melbourne World Cup with a day off in between then went into a training camp then straight into this regatta. We go home for Christmas then back up for nationals and youths championships; it’s a pretty full on summer of sailing.”

Joel already has his sailing future mapped out. “Ultimately I’d like to end up in the America’s Cup. It’s my dream to get to that level.”

Joel Turner and Tom Siganto led the 49er fleet from the outset, Harry Price and Harry Morton from NSW hot on their wake but not quick enough to rein back the super-quick Queenslanders. Sail Sydney is only the second event for the new combination, Siganto coming to the bigger skiff class from the 29er where he reached the dizzy height of world champ.

“Today was plenty of fun, the sea breeze was well and truly blowing,” Turner said. “We are a brand new team, Tom’s only been sailing the 49er for three weeks now. Since the selection for Rio is over we have started to plan ahead towards the Tokyo Games. Obviously it’s a very long term plan but we can get cracking.”

Third was Sam Gilmour and Cameron Seagreen from WA.

Yann D’Argenlieu and Nathan Bradley (HKG) came to Sydney as a warm up for the Youth Worlds and were the strongest combination at the windy regatta. “We weren’t expecting to win,” Bradley admitted. “Sydney is awesome, this is our first time here and it was quite a big surprise with all the traffic.”

The pair has three years of history sailing together and they know each other well. Bradley says the most annoying thing about D’Argenlieu is “he goes quiet sometimes; he’s not a big talker”. Funnily enough for the skipper, it’s the opposite trait in Bradley that irks him the most.  They agree they balance each other.

The Sail Sydney gold medallists have looked at the Youth Worlds 29er field and though the line-up makes them nervous, they say they know who they are up against.

Second 29er was Kurt Hansen and Jim Colley and third was Tom Crockett and Tom Grimes, both NSW teams.

Woollahra Sailing Club’s general manager Adam South said, “With a day to go I’m very pleased with the outcomes so far and congratulations to the medal winners. Sail Sydney is the perfect benchmark for the Australian Youth Championships we are hosting in three weeks.”

The progressive pointscores for all divisions racing at Sail Sydney are available here.